Etz Chaim Synagogue of Portland, Maine, is one of the oldest synagogues in the state. Still home to a congregation to this day, Etz Chaim has functioned as a central point of Maine’s Jewish history for the better part of a century. It is currently the home of the Maine Jewish Museum and recently underwent a major restoration process to restore it to its 1921, immigrant-era exterior and interior. Etz Chaim maintains extensive histories of the Jewish people of Maine, their accomplishments, and their personal tales dating back to as early as 1743.

A painting of the interior of Etz Chaim by artist Rush Brown, provided by the Etz Chaim Official Facebook Page 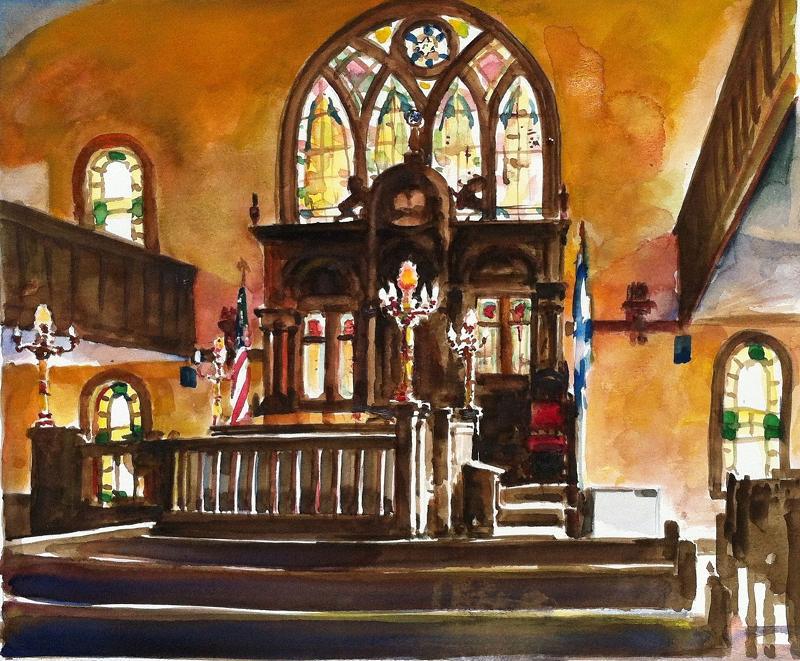 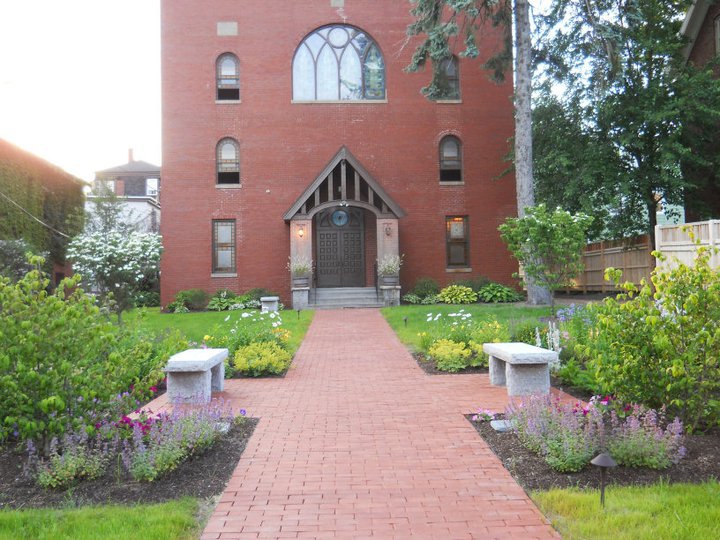 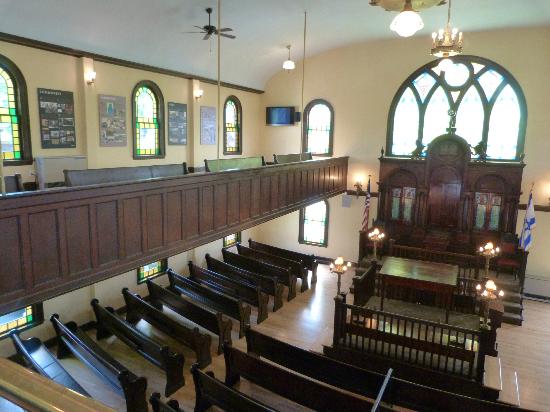 The first Jewish resident of the State of Maine known to the Jewish Museum is Susman Abrams, who immigrated to the United States from Germany sometime shortly after the end of the Revolutionary War.  Abrams lived in many towns across the state of Maine.  While he married a Christian woman, he never converted from Judaism.

It was not until the year before Abrams death that the State of Maine would begin to attract a larger population of Jewish people.  The first major community of Jews in the State of Maine would form in Bangor around the year 1829.  Comprised largely of German Jews, many members of the community made a living as traveling peddlers who traveled the rural roads selling products to the largely agrarian communities of Maine.  The first known settler in the Bangor area was Haiman Philip Spitz, who helped organize a community in the area.

In Portland, European Jews began to arrive around 1866 and, similarly to the Jews in Bangor, largely employed themselves as traveling peddlers.  In Portland, the Jewish community did not have much internal cohesion early on.  There was a shared Jewish cemetery on Smith Street, which now falls within the city limits of South Portland.

In 1886, Portland held a centenary celebration which involved the election of a designated speaker for the Jewish community of Portland.  Following this event, the Jewish people of Portland were brought together and grew closer as a community.

Throughout the 1920s, at least two other congregations of Jews merged into Adas Israel.  In 1921, Rabbi Chaim Shohet passed and the congregation was renamed Etz Chaim in his memory.  That year, work began on the construction of the Etz Chaim synagogue.  It was completed about one year later, which gained significant attention in the Portland newspapers.

Etz Chaim was an Orthodox congregation for much of its life, despite one of its early rabbis introducing some more modernized practices.  In 1929, the Vaad Hoir, also known as the Jewish Community Council, was founded which would further unite the Orthodox Jewish community in Portland.   Throughout the mid-1900s, Etz Chaim’s congregation would shrink due to the relocation of many Portland Jews.  The synagogue never faltered, though, and continues service to this day.  In the 1980s, a Reform congregation began to form in Portland and also made its home at Etz Chaim.

Through the 90s and into the 2000s, Etz Chaim continued to experience a growth in its Reform congregation, which now prides itself as a progressive and accepting community, welcoming women to religious service and no longer having segregated seating that is common in Orthodox services.  During this time of spiritual evolution, Etz Chaim also underwent extensive restoration which sought to repair the synagogue and return it to its historical appearance.