Built in 1886, the former 68th Police Precinct Station House and Stable sits on the corner of 4th Avenue and 43rd Street as an example of Brooklyn police station architecture in the late 19th century. Inspired by the Byzantines, the building was designed in a Romanesque Revival style of architecture. The architect was Emile Gruwe. The building served the police of Brooklyn until 1970, and it received landmark status in 1983. Today, the building is abandoned, and fires and time have destroyed much of the inside. 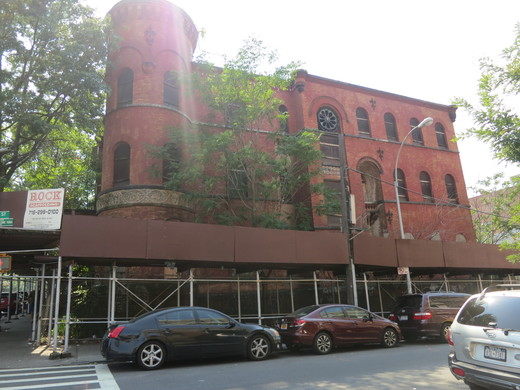 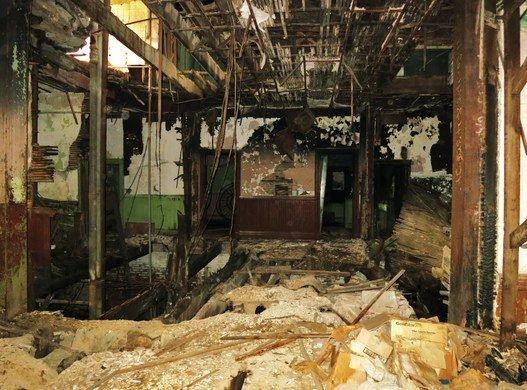 The 68th Police Station House and Stable was built in an area of Brooklyn known as Sunset Park. Sunset Park developed rapidly following the Civil War at a time when manufacturing exploded in New York City. With the population increasing, police stations were built in response. Not many police stations from this time period have survived the decades of change in New York City, but the 68th Police Station still stands.

The building was designed and constructed in 1886 by Emile Gruwe, who designed several other police stations in New York, to be an intimidating sight for criminals. Sitting on the corner of 4th Avenue and 43rd Street, the building was modeled in a Romanesque Revival style, including Venician and Norman Revival ornaments. It includes a tall corner tower along with round-arched forms. It also has a projected pavilion leading out onto 4th Avenue. The building stands three stories tall. To the back of the building, there is a stable for horses connected to the main building by a one-story brick passage.

The police in Brooklyn used the building until 1970 when they abandoned it for a more modern building in Sunset Park. Since then, multiple non-profit organizations have tried to obtain and renovate the building through grants, but fines have kept them from accomplishing this goal. A fire in 1980 damaged the inside of the building, but the building survives as stray animals call it home today. The 68th Police Station was designated a landmark in 1983.