Seattle's first Florence Crittendon Home was established in 1899 at the corner of Renton and Henderson. In 1926 the foundation built this two-story brick building that could accommodate for 150 women and their children. The home was temporarily used as a treatment center for venereal disease during World War II. By the 1960s, the home demonstrated the advances in social work by offering case-workers, educational opportunities, and psychiatric care. Seattle's Florence Crittenton Home closed in 1973 and the building is presently home to the Thunderbird Treatment Center which serves Native Americans in need of care for addiction and substance abuse. 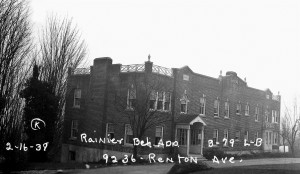 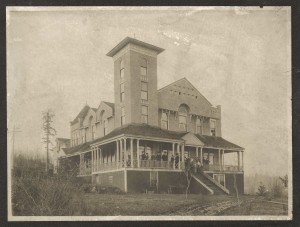 Regina G. Kunzel, Fallen Women, Problem Girls: Unmarried Mothers and the Professionalization of Social Work, 1890-1945 (click the link below for more information or to purchase this book) 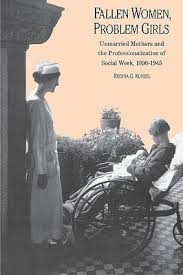 Millionaire Charles Nelson Crittenton was devastated following the death of his youngest daughter, four-year-old Florence Crittenton in 1882. Although he was in the pharmaceutical business and had tremendous wealth, he could do nothing to save his own from scarlet fever. After Florence's death, Charles Crittenton looked for charitable endeavors and decided that as a Christian, he could offer help to women who the rest of the world had shunned. Crittenton decided to create a place that would offer refuge, Christian education, and a new start for "fallen women” who had engaged in prostitution. He established the Florence Night Mission in New York and later established seventy settlement houses nation (and even leading cities in other countries).