Location of where the first Christian Church had their first service by Barton Stone.

In front of the flag pole, southwest corner of Central Park. 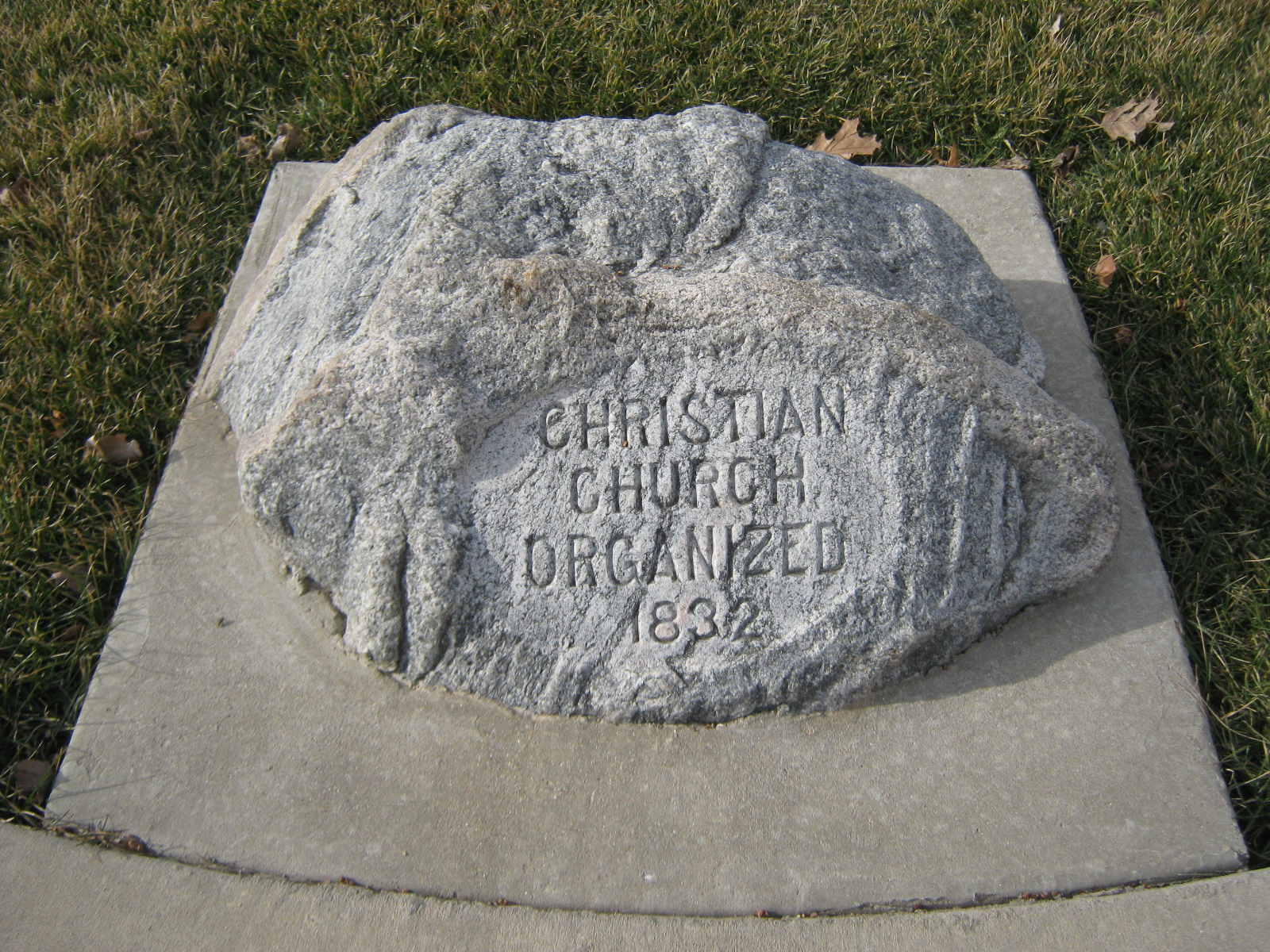 Stone was ordained a Presbyterian minister in 1798, though he was more Arminian than Calvinist in his views and stressed primitive Christian thought and practice. He was preacher at Cane Ridge Church, near Paris, Ky., when it became the centre of the Great Revival (1801–03) and an immense camp meeting. In 1803 Stone and five colleagues left the Synod of Kentucky and formed the Springfield Presbytery. In 1804, after biblical study, they signed “The Last Will and Testament of the Springfield Presbytery,” dissolving that body that it might “sink into union with the Body of Christ at large.” This act on behalf of Christian unity furthered among churches of the Carolinas and Kentucky a movement toward congregational polity and the use of only the term “Christian” in the names of their churches. Stone gradually became the leader of this movement west of the Allegheny Mountains, establishing the Christian Messenger (1826–37; 1839–45) to propagate his liberal views. His acquaintance with Alexander Campbell began in the 1820s, and in 1832 followers of the two men joined to form the Disciples of Christ(Christian Church). Stone’s eagerness for the union is credited as decisive in its achievement, but leadership fell upon the younger Campbell. Following the frontier westward, Stone later settled in Illinois. He is buried at Cane Ridge, where his original log church is enshrined.