Constructed in 1706 and destroyed by fire in 1781, the Governor's Palace was rebuilt in 1934. Image obtained from Wikimedia. 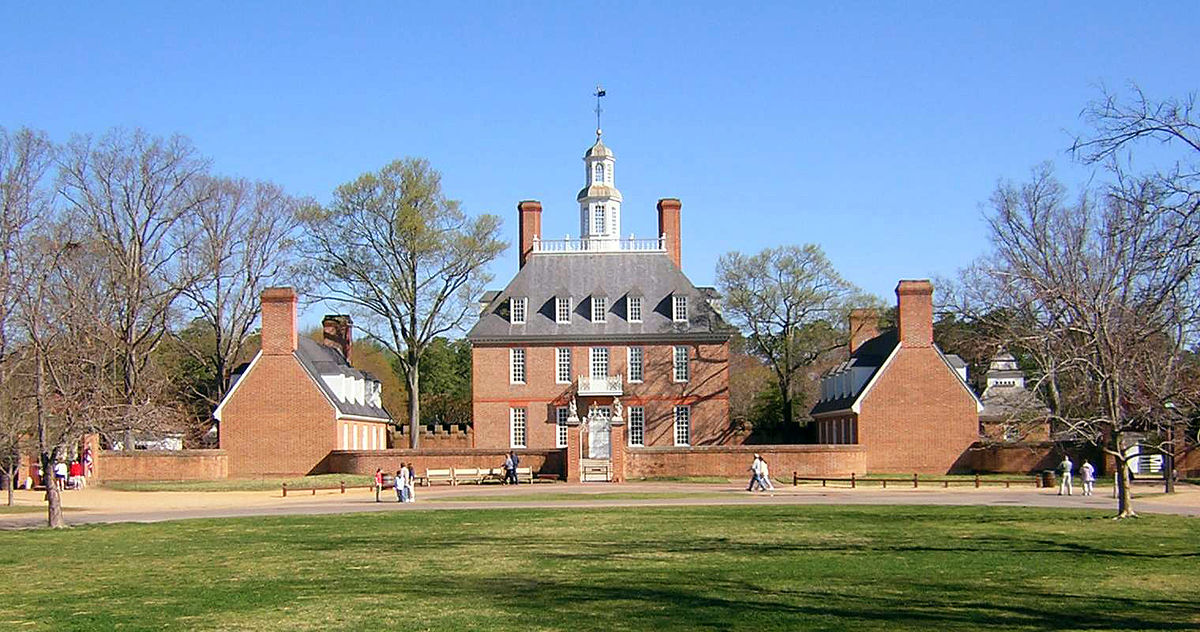 Archaeologists uncovered the remains of the Palace's foundation as well as many artifacts in 1930. Image obtained from the Daily Press. 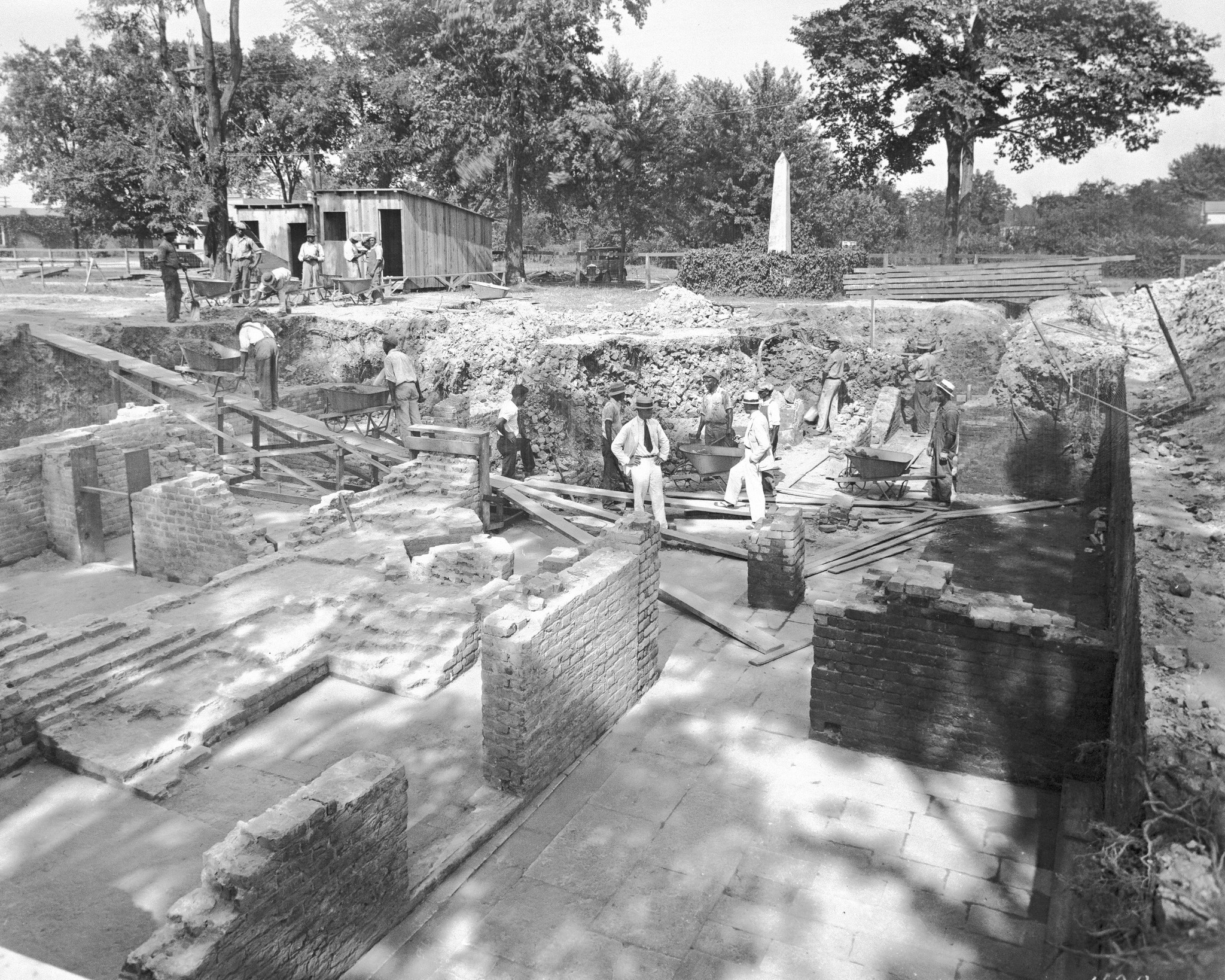 The interior of the Palace featured an elaborate display of muskets and swords, which could have been used during times of war. Image obtained from history.org. 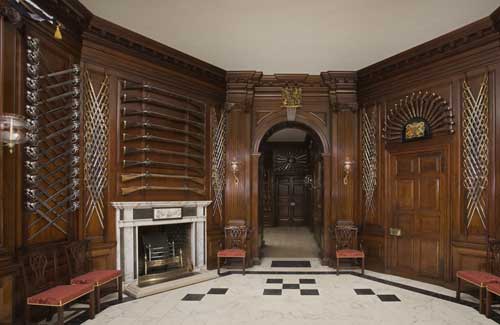 The capital of the Virginia colony was moved from Jamestown to nearby Williamsburg in 1699. On October 23, 1705, at the request of Royal Governor Edward Nott, the House of Burgesses passed an act authorizing the construction of a residence for the Virginia governors. Building began in 1706 but due to various reasons it continued for sixteen years, much to the chagrin of the legislature, which had to keep appropriating funds for it. The Georgian-style brick home was three stories tall and included an elaborate indoor display of muskets and swords; ornamental iron gates, several outbuildings, and a formal garden. The household required 25 slaves and servants to maintain. The Palace underwent renovations in 1752, which included the addition of a large ballroom and supper room for social events.

While modest in size compared to European palaces, the Governor’s Palace was easily the grandest and most elaborate building in the American colonies. It served as both the residence and office for seven royal governors: Alexander Spotswood, Hugh Drysdale, William Gooch, Robert Dinwiddie, Francis Faquier, Norborne Berkeley (Lord Botetourt), and John Murray (Lord Dunmore). The governors would receive and entertain important visitors at the Palace. They also hosted many elegant balls, galas, and feasts for occasions such as Christmas or the king’s birthday, with as many as 200 guests.

As the American Revolution began in 1775, the final royal governor, Lord Dunmore, fled the Palace in June, never to return. Local militiamen confiscated the display weapons, and auctioned off the palace’s slaves and furniture. The first post-colonial governor, Patrick Henry, was appointed and moved into the Palace in 1776. He was succeeded by Thomas Jefferson, who remained there until the state capital was moved from Williamsburg to Richmond in 1780. In 1781, the Palace was used as a hospital for American soldiers during the Battle of Yorktown. 156 soldiers who died of their wounds were buried in the garden. On December 22, 1781, it caught on fire and burned to the ground.

The site of the Governor’s Palace ended up in the possession of the College of William and Mary, which erected two school buildings near where the Palace once stood. The property was purchased by the Colonial Williamsburg Foundation in 1928. The Foundation began excavating the foundation of the Palace in 1930 and over the next two years unearthed the cellar, flooring, several walls and chimneys, and numerous artifacts such as the remains of wood paneling and marble floor tiles. Using evidence from the excavation as well as old records of the original floor plan, the Foundation was able to reconstruct the Governor’s Palace much to its original design. It opened to the public as part of Colonial Williamsburg on April 23, 1934. Originally decorated with inaccurate Colonial Revival style antiques, the interior was refurnished in 1981 with pieces better representing the Palace’s eighteenth century décor. Additional changes were made in 2006 to reflect the Palace’s appearance during the residency of Lord Dunmore.