This historical marker was dedicated in 2016 to commemorate the Freedom Rides. On this site on May 14, 1961, civil rights activists known as Freedom Riders, as well as other passengers were attacked at a Greyhound bus terminal. On May 4, 1961, eleven Freedom Riders, organized by the Congress for Racial Equality (CORE), had left Washington, D.C. with the intention of drawing attention to federal laws that outlawed segregation in interstate transportation. Armed with two decades of Supreme Court and ICC rulings against segregation in interstate transportation, the Freedom Riders set out to exercise their rights under these rulings. On Mother’s Day May 14, 1961, the first of these Freedom Rider carrying busses arrived at the Greyhound bus terminal in Anniston, Alabama. There, a mob of white men physically attacked the Greyhound bus. They verbally threatened the passengers, including the Freedom Riders. Some lay down on the street in front of the bus so that it could not move while others slashed the bus tires. Eventually, the mob receded, allowing the bus with tires losing air pressure to proceed toward Birmingham.

This historical marker was dedicated in 2016 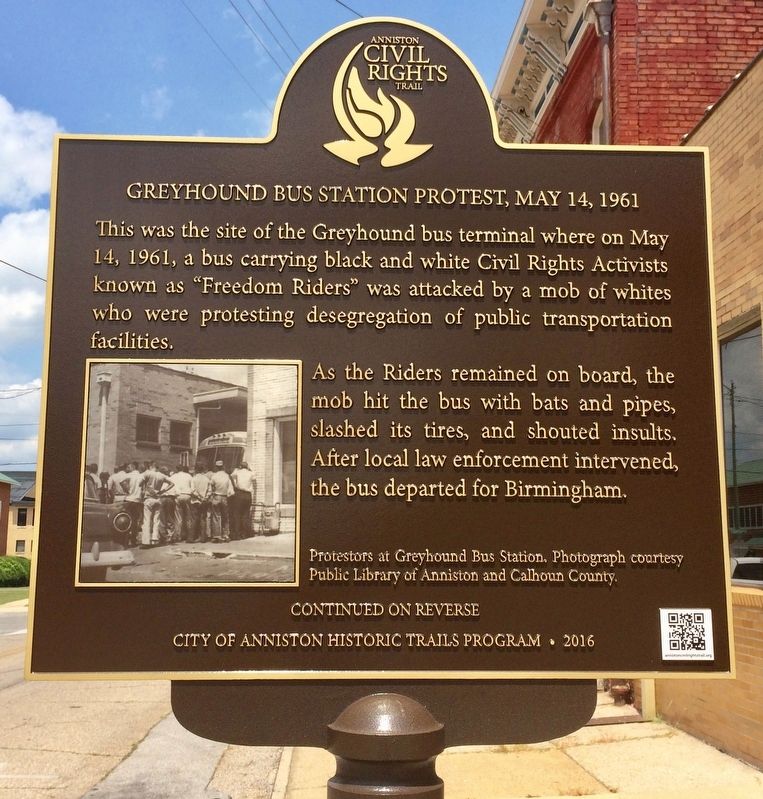 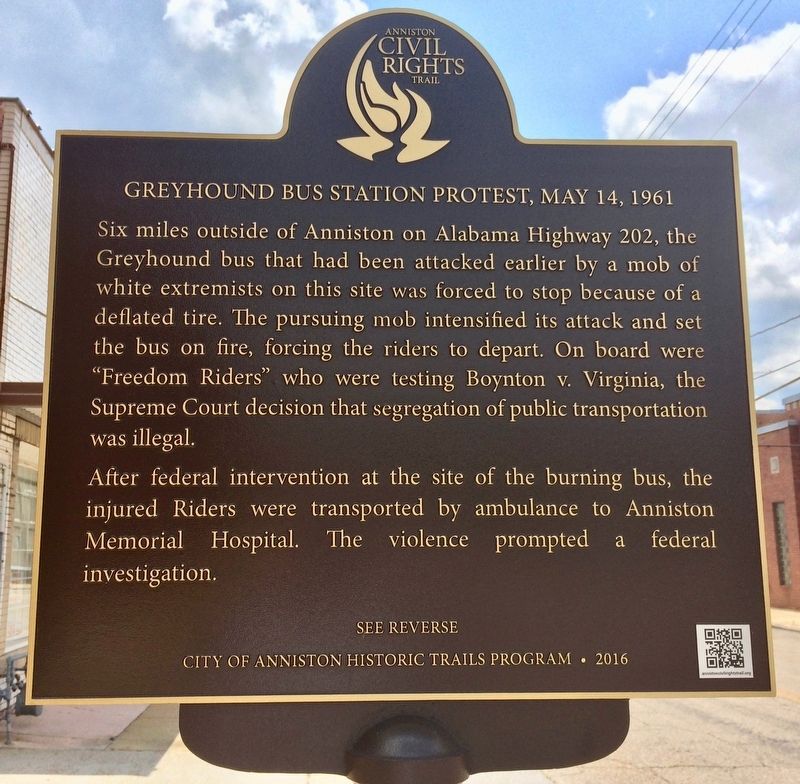 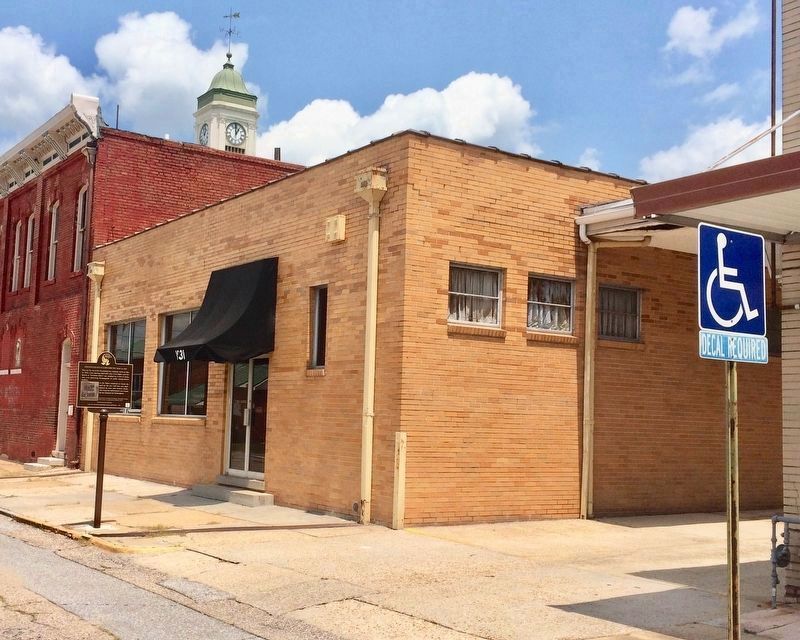 On May 4, 1961, thirteen civil rights activists called Freedom Riders by James Farmer, executive director of the Congress of Racial Equality (CORE) and the organizer of the protest, split into two groups. Some boarded a Greyhound bus in Washington, D. C. The other group, a Trailways bus. They planned to ride together, black and white, man and women, young and old, through the south to New Orleans. In challenging segregation, the actions of the Freedom Riders were consistent with U. S. Supreme Court and Interstate Commerce Commission cases and rulings holding racial segregation in interstate transportation facilities unconstitutional (Mitchell v. United States, 1941; Morgan v. Virginia, 1946; Henderson v. United States, 1950; Keys v. South Carolina Coach Company, 1953 and 1955; Boynton v. Virginia, 1960). The Freedom Riders were determined to “test” compliance with the law of the land by sitting together on the buses, attempting to eat at lunch counters and use the restrooms designated for the other race.

The Freedom Riders were black and white, men and women, young and not young, and they initially mingled with other passengers, some on a Trailways bus, others on a Greyhound bus. The intended destination for the Freedom Riders was New Orleans, the same city where the U. S. Supreme Court had ruled against Mr. Homer Plessy in 1896. In that case, known as Plessy v. Ferguson, the court upheld the constitutionality of segregating passengers by race in what is now an infamous ruling. That late 19th-century case also introduced the phrase “separate but equal” into legal and social history.