Representing the only notable structure featuring the Egyptian Revival style of architectural style in the state of Maine, the F.O.J. Smith Tomb in the Evergreen Cemetery of Portland was designed by Francis Ormand Jonathan Smith himself. Smith designed the tomb for his final resting place in 1860 and this tomb is one of only a handful of tombs like this in all of New England. Amid the other tombs of Evergreen, it stands out as starkly unique, and many travel to the Tomb to read the profound inscription carved into the marble door.

A photo of the Tomb on the 21st of April in 2016, by user Farragutful of Wikimedia Commons 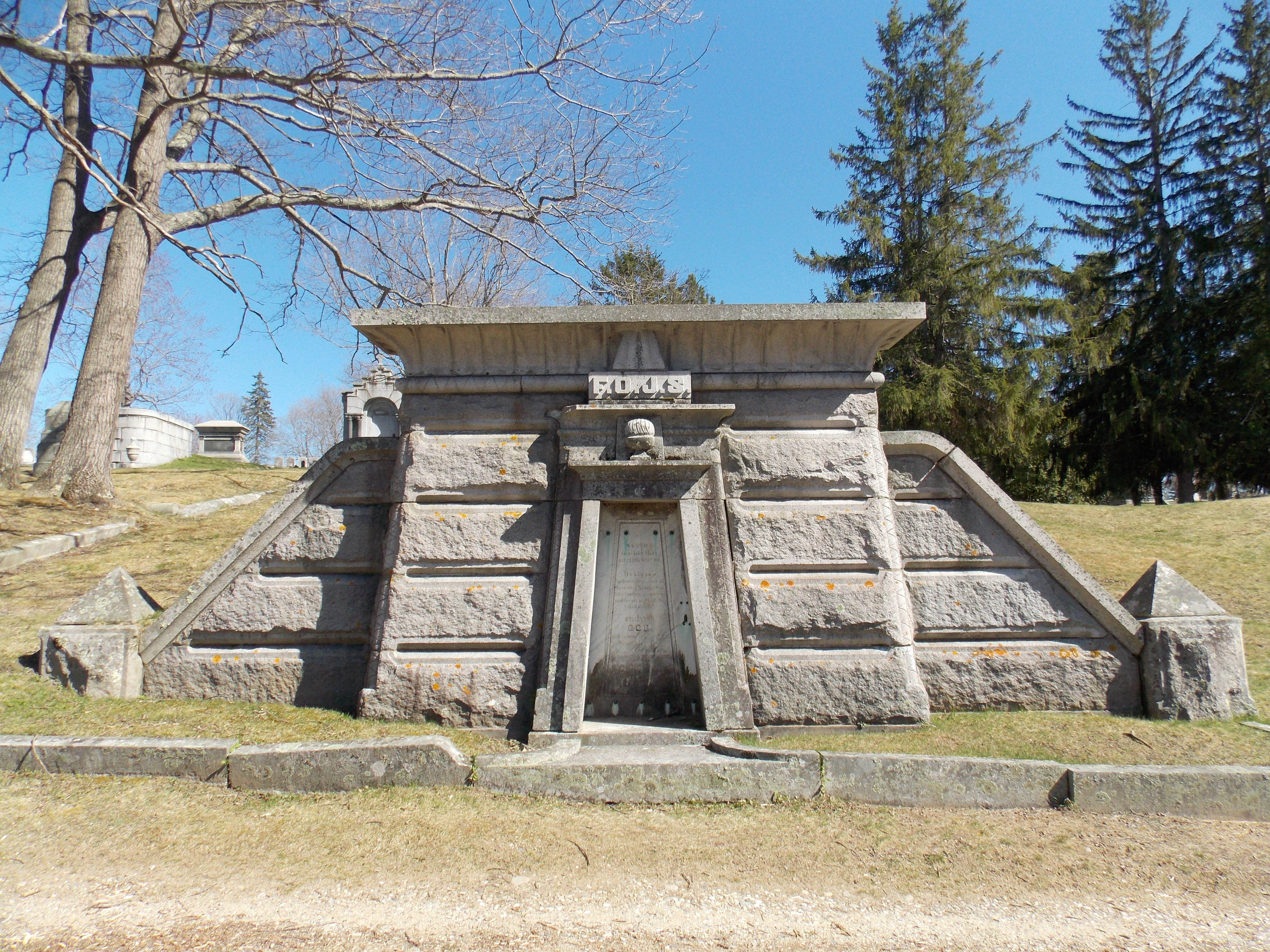 Francis Ormand Jonathan Smith, nick-named “Fog” Smith, was born in Brentwood, New Hampshire on November 23rd of 1806.  He came to Portland, Maine, hoping to practice law in 1823, and shortly afterwards began a respectable career in politics.  Smith served the State of Maine and the United States in the House of Representatives through three terms before later turning his interest to telegraph technology and infrastructure.  Throughout the latter half of his life, Smith did business with telegraph great and Morse code inventor Samuel Morse.

Fog Smith’s business ventures with the telegraph were lofty and ambitious, bringing him so close to success that likely would have lasted for decades.  Unfortunately, however, due to patent disputes, company stock conflicts, personal disagreements with Morse and other business partners, and the failure of one of the telegraph lines, Smith was remembered as “Maine’s magnificent failure.”  Despite being respected (and sometimes feared) for his ambition, vision, and “flexible conscience,” his misfortune in the telegraph industry would come to characterize much of Fog Smith’s story for most of his generation.

Among his closest friends, he was remembered for his generosity and charisma, though the public looked on him much less generously.  He was largely disliked for his vehement disgust with Lincoln’s Emancipation Proclamation, and his white supremacist views did not win him popularity among the more liberal citizens of New England.  His business behavior has been described as “perfidious,” which resulted in him losing many of the business partners who had once been his friends.  Most painfully, his obituary in the Portland newspaper “the Portland Transcript” ended with a scathing criticism.  It read, “he failed in most of his endeavors, and his record serves as a warning rather than an example.”

The tomb he designed for his family after the death of his daughter in 1860 is as eclectic and strange in comparison to the popular designs of the time as he was in comparison to his peers.  The poem on the door seems to portray some religious hope, that perhaps life may be better beyond:

All Flesh Must Die.

inspires Hope that all

and forms to which they

And fear not to leave wholly

to Him the Great Future.

His plans for Heaven

as for Earth must be

All men can know of future life.

Sovis, Emilie V. Evergreen Cemetery. The Clio. August 06, 2017. Accessed August 13, 2017. https://www.theclio.com/web/entry?id=44353. Clio entry with a great amount of information about Evergreen Cemetery and the F.O.J. Smith Tomb which is contained within