This historical marker commemorates Shickellamy, an Native American leader who served as a diplomatic intermediary between area tribes and colonial settlers from 1728 to his death in 1748. While it is difficult to identify may details of his own history with certainty, Shickellamy became an important figure in the history of colonial Pennsylvania as he worked to establish communication between area tribes and colonial settlers.

This photo is of the historical marker that tells the history of Shikellamy. 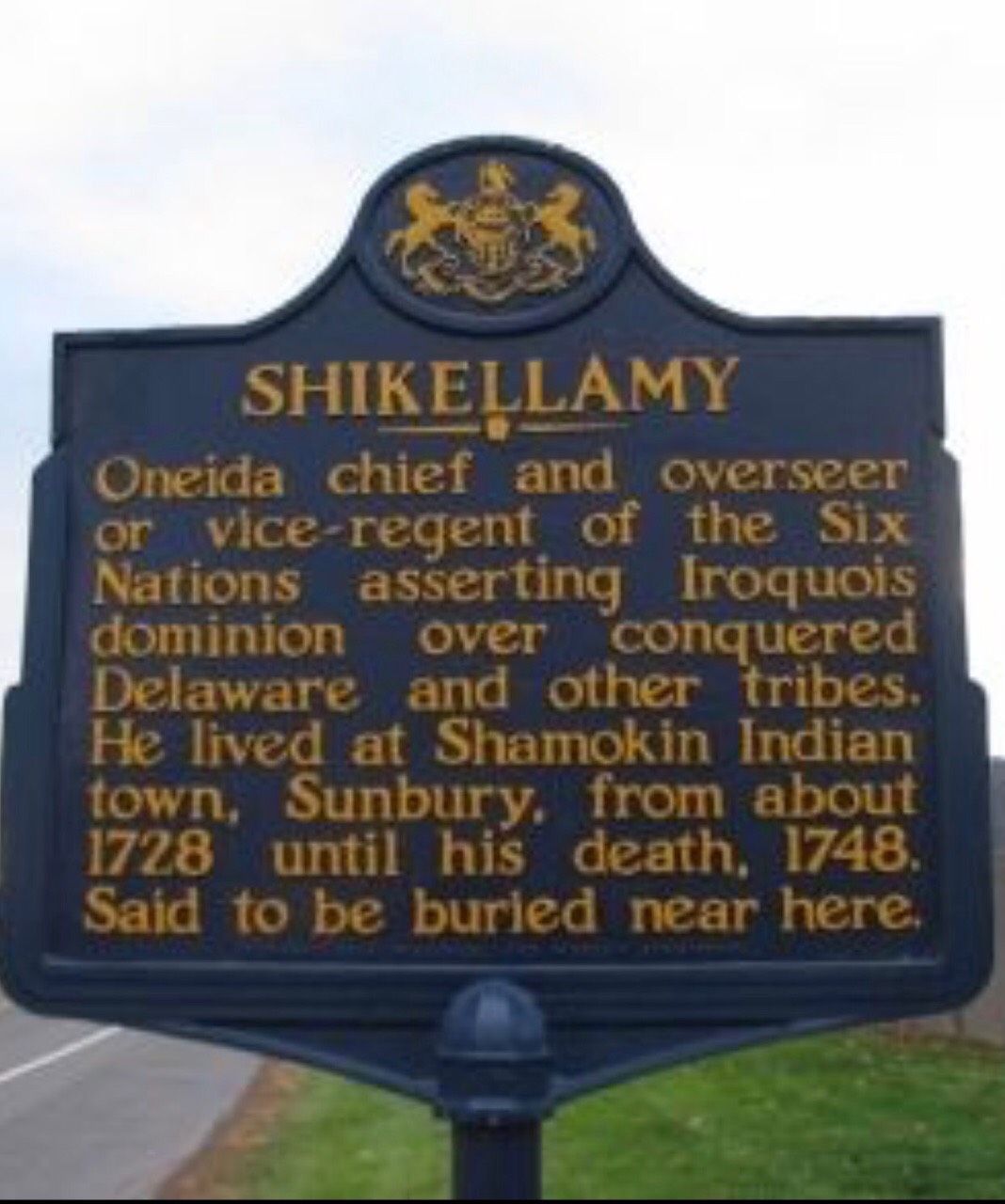 Shikellamy was also known as Swatana, was an Oneida Chief and overseer for the Iroquois Confederacy. He was also in charge of the Shawnee and the Lenape Nations, which was a task given to him by the Six Nations Confederacy. He was said to be a very important leader. Which makes it no surprise that he was sent by the government of Pennsylvania to invite the leaders of the Iroquois confederacy to a council in 1732 that meeting was a success and both sides agreed to meet again in the future those meetings were arranged by Conrad Weiser and Shikellamy himself. He is said to have defined the role of Indian intermediary and diplomat, because he constantly negotiated between the native peoples and the colonial people. He was of the Cayuga nation and the Oneida Nation, but he worked for many nations in order to negotiate peace between the colonial peoples as well as the indigenous peoples.
Shikellamy's position and status at Shamokin made an important person to the Moravian missionaries that wanted to spread the gospel to the Indians in Pennsylvania. Count Zinzerdorf, who was a bishop of the Moravian Church and was from Germany, visited with Shikellamy, because he believed that sense Shikellamy had converted to Christianity he would be able to serve as a vital person to change other natives and it converts to the Christian faith.