Dallidet Adobe, State Historical Landmark #720, is unique among adobes on the Central Coast of California. The adobe is currently open to the public for educational tours, events, and weddings. Built in the 1850s by Pierre Hypolite Dallidet, it was home to Pierre, wife Maria Ascencion Salazar and family for over 100 years. In 1953, youngest son Paul Dallidet deeded the property to the San Luis Obispo County Historical Society, now known as the History Center of San Luis Obispo County. 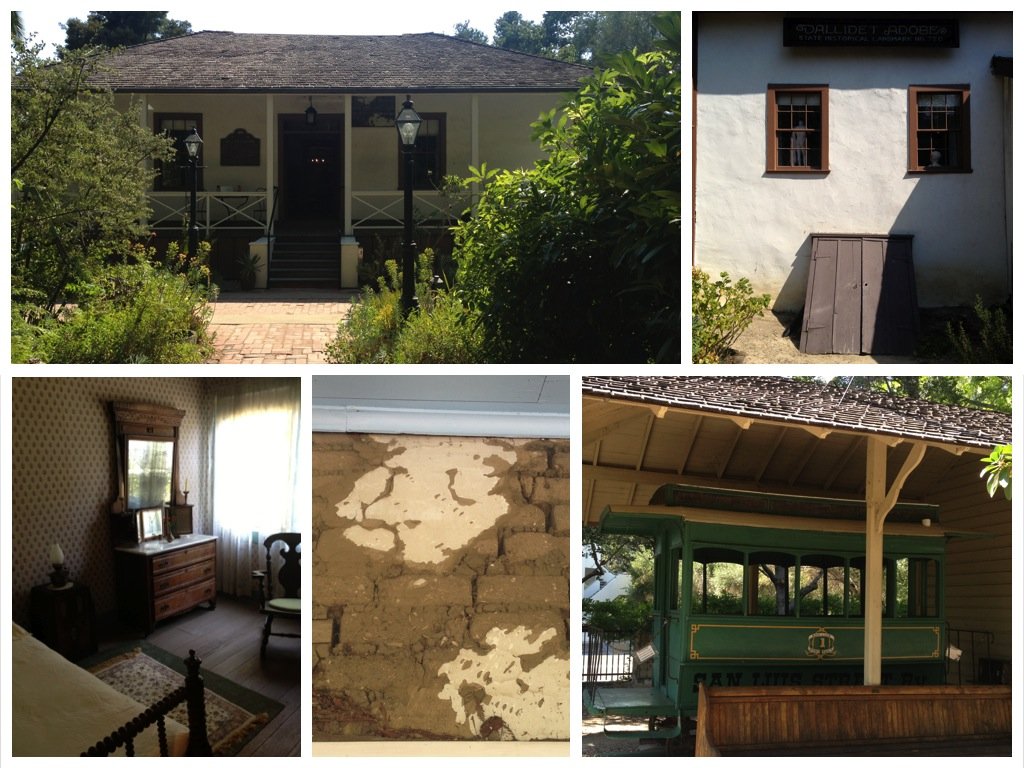 Pierre Hypolite Dallidet wrote his own chapter in the history of San Luis Obispo. Born in France in 1823, he served in the French army in Tahiti and came to California to search for gold. He spent time in the Hangtown (Placerville), but the anti-foreign prejudice among American prospectors was discouraging. On his way to Mexico in 1853, he stopped in San Luis Obispo, and it became his home.

In 1855, Pierre married Ascencion Concepcion Salazar, the daughter of a local rancher. This was the beginning of his pioneering role in the San Luis Obispo community.

Pierre had his hand in a variety of interests. He had trained as a carpenter and practiced the trade while working land that his wife had inherited. The adobe was built in 1856 and Pierre planted orchards and vineyards on the 17-acre property. Pierre’s interests included mining and raising sheep (at least 1500).

Pierre’s family began with the birth of his first son, Pierre Jr., in 1857. After doing well in local schools, three of his children went on to advanced education in San Francisco, and two daughters traveled in Europe. His children’s diverse interests included agriculture, art, mining and real estate.

Pierre’s civic role began in 1958, as a founding member of the Vigilance committee. In 1861, he became a U.S. citizen and was soon elected public administrator. He later served in the Republican Party, The Library Association and The Society of Pioneers.

By the 1880s, Dallidet was the single largest landowner in the City of San Luis Obispo and had real estate, agricultural and mining interests in other parts of the County and beyond. He was the largest wine producer between Los Angeles and the Napa-Sonoma region.

Dallidet’s successes began to unravel, especially because of one son’s unrewarding land speculation. After the land and emigration boom of the 1880s, property values began to decline. The burden of mortgage debt led to the dissolution of Dallidet’s holdings.

When Pierre died in 1909, four of his children were dead, one murdered, one had moved to Mexico and one had disappeared in the Sierra Nevada. Another daughter was to die four years later. The two remaining adult children, both unmarried, lived in the Adobe in genteel poverty into the mid 20th century.

With the death of the youngest son, Paul, in 1958, the adobe became the impetus for the formation of the San Luis Obispo County Historical Society.