The John Jay French House is among the oldest structures in Beaumont and one of the first built with milled lumber. Its namesake, John H. French (1799-1889), was a merchant and tanner from New York City who arrived in Texas after hearing about the opportunities here. The house features antique furnishings and household items. Outbuildings include a blacksmith shop, tannery, privy, and smokehouse. The house is owned and operated as a museum by the Beaumont Historical Society, which offers guided tours and various events throughout the year.

The John Jay French Trading House was built in 1845 and was an important economic hub for the surrounding area. 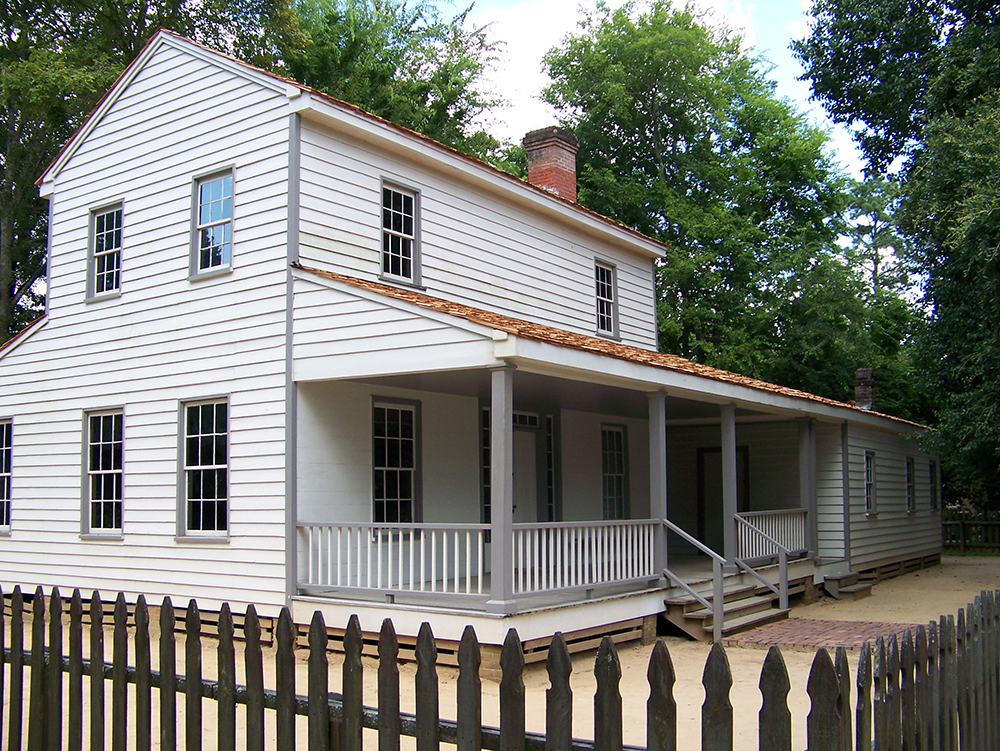 John French was an astute businessman who traded animals skins, ground corn and grains in his mills, and in laters bought and sold land. He also ran a general good store in the house, presumably on the second floor. By the late 1870s he sold his business to this sons and it was at this point he became involved in land speculation. The house remained in the family until 1940. The Beaumount Historical Society acquired it in 1968 and restored it in 1969 to its 1845 appearance.

Open Tuesday through Friday 10 am- 3 pm and Saturday 10 am – 2 pm Reservations required for group and school tours.