Erected in 2008, this historical marker commemorates the Matson Slave Trial wherein attorney and future President Abraham Lincoln represented a slave owner in his attempt to use the courts of Illinois to recapture an enslaved woman and her four children. Recalling a story that complicates the narrative of Lincoln as an anti-slavery leader, this marker can be found at the home of Dr. Hiram Rutherford, a key player in the trial. This marker is one of over two hundred of the "Looking for Lincoln" series of markers throughout Illinois that highlight various aspects of Abraham Lincoln's life. 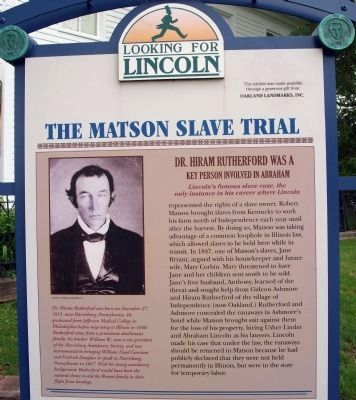 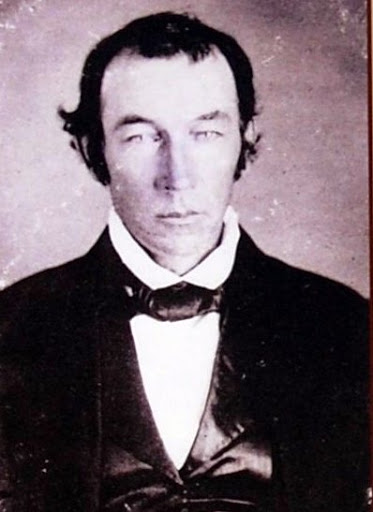 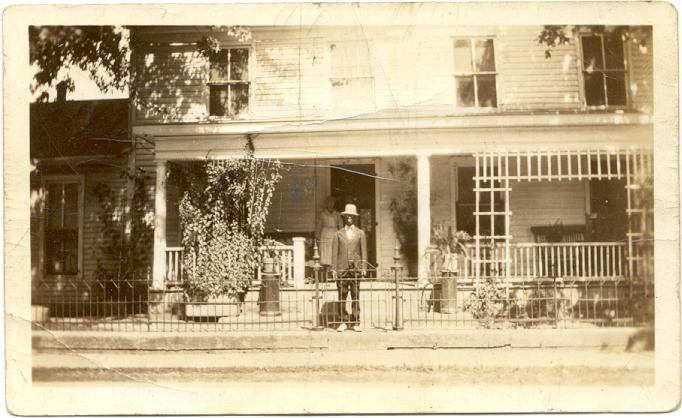 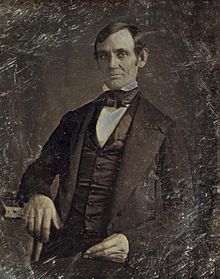 In 1836, Kentucky resident Robert Matson purchased land in Coles County, Illinois and brought some of his slaves from his home state to work on is new Illinois farmstead. Jane Bryant and her four children were among those slaves brought to the free state of Illinois from the slave state of Kentucky. Her husband, Anthony Bryant had been emancipated by Matson earlier but still lived and worked for Matson as a foreman. In August of 1847, Mary Corbin, Robert Matson's housekeeper and future wife, became angry with Jane Bryant. The white housekeeper threatened to send Jane and her children back to Kentucky where they would be sold to a different slave owner.

After learning of the threat upon them, Anthony Bryant contacted Gideon Ashmore and Dr. Hiram Rutherford, a well known abolitionist, to help his family escape. Rutherford and Ashmore hid the family in Ashmore's hotel. The family was later put in the Coles County jail which was actually a benefit to them as it assured they would not be taken to Kentucky and sold away. Jane Bryant and her children remained in the jail for fifty eight days while awaiting for a circuit court trial to decide if they were free people or fugitive slaves that should be returned to Matson.

In response, Robert Matson, hired Abraham Lincoln, a young lawyer from Springfield, and Usher Linder of Charleston. At this time and place, a lawyer was required to take the cases he was offered. On October 16, 1847, two state Supreme Court justices ordered that the Bryants were free owing to the time they had lived in Illinois as the state did not allow slaves to be held within the state unless they were being transported. The Bryants were later provided with funds to travel to Liberia.