Portland's "Coon Chicken Inn" was established in 1931 and stayed in business until the 1950s. the third and final member of the three-restaurant chain founded in 1925. The restaurant's name makes use of a racial slur and the restaurant claimed to offer authentic "mammy-made" fried chicken. Every part of the restaurant used racialized images and imagery from slavery in an attempt to establish itself as an authentic and unique restaurant that took its white customers back to the "good old days" of the antebellum South. The door and the restaurant's logo was designed to look like a smiling Blackface caricature of porter. Although African Americans in these three cities protested against the racist slurs and caricatures, the restaurants stayed in business until the 1950s. 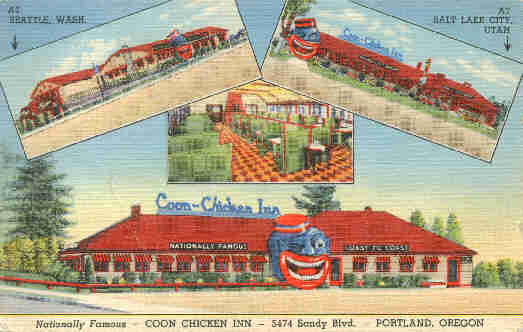 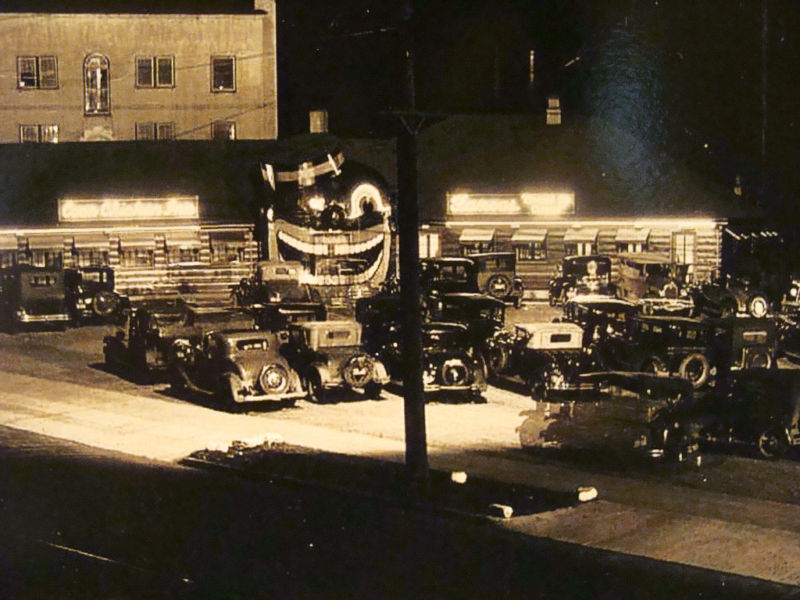