Sketch of the original courthouse by folk artist, Lewis Miller. Was located at the intersection of Market Street and George Street--the Center Square. 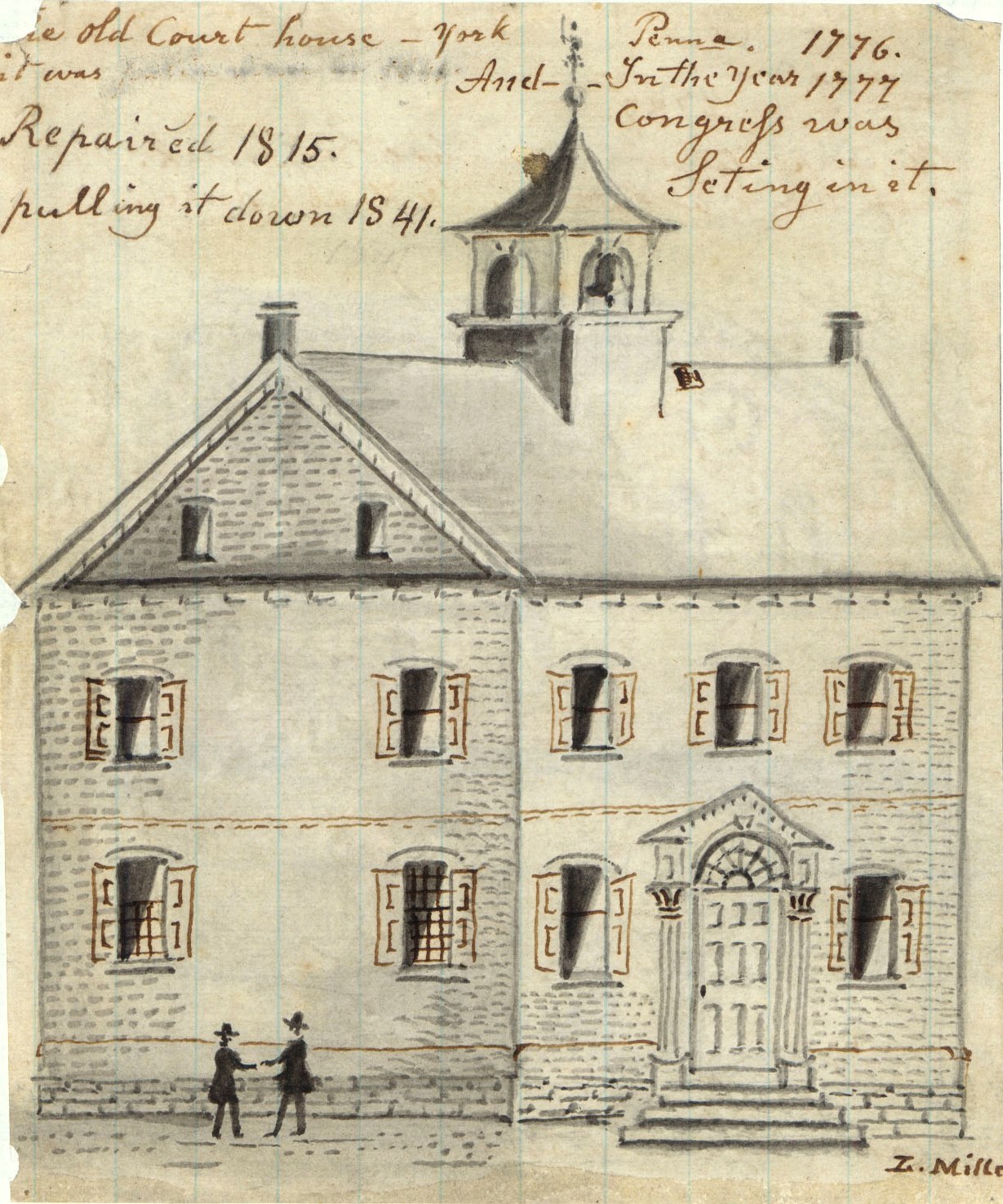 1830 painting by local artist, William Wagner, reflecting the 1815 renovation. Original location in Centre Square at the intersection of Market Street and George Street. 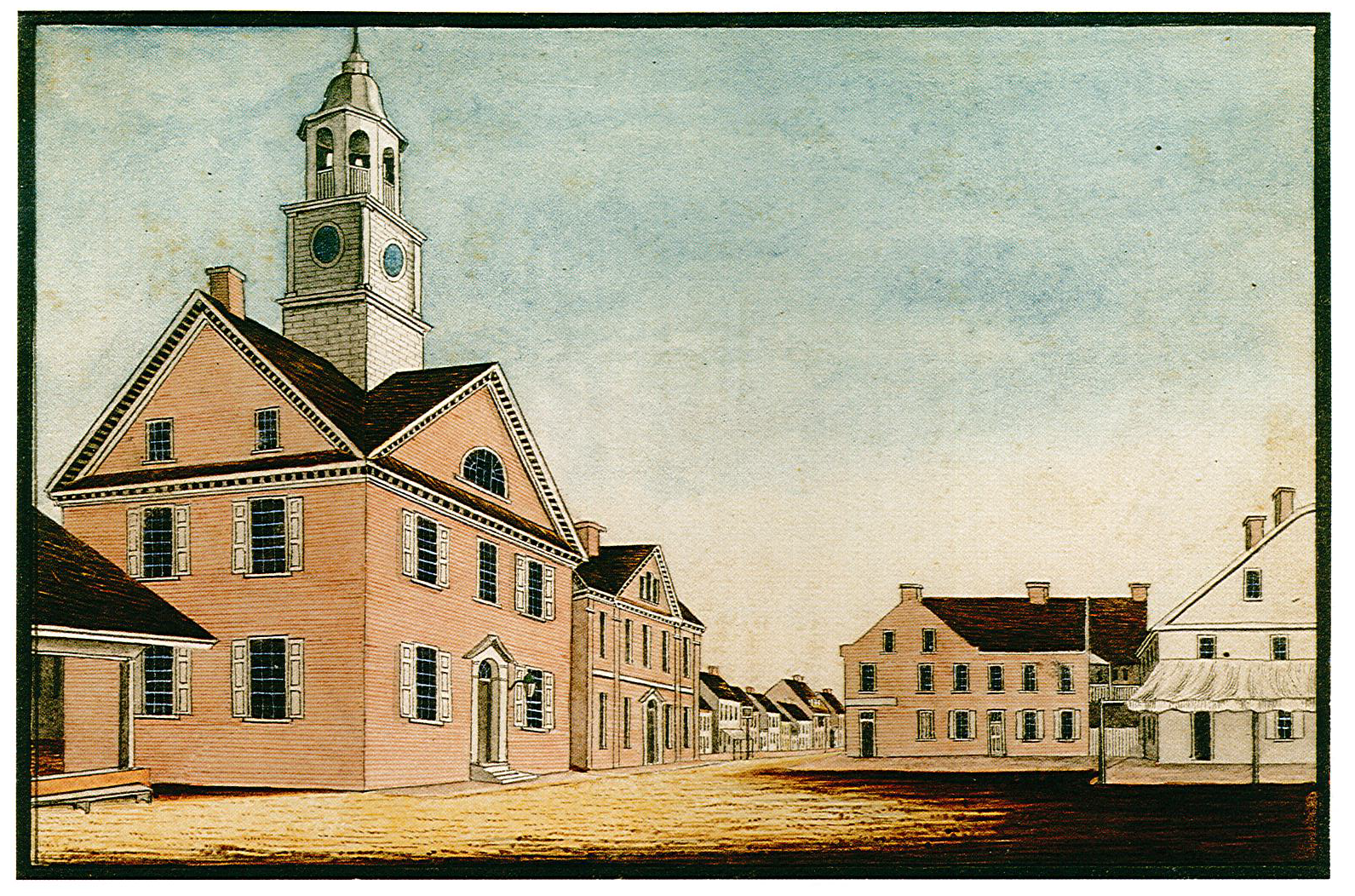 Built in 1754, the provincial courthouse allowed the growing town's population to attend to legal business without ferrying across the Susquehanna River to Lancaster.

From September 30, 1777 to June 27, 1778, delegates to Continental Congress met in York's Colonial Court House, located in the town's square. Ahead of advancing British troops, Continental Congress evacuated Philadelphia and convened for one day in Lancaster before voting to move across the Susquehanna River to York. The Articles of Confederation were adopted in York on November 15, 1777. Some off the major figures of the American Revolution who came to York included John Hancock, Sam Adams, John Adams, Henry Laurens, the Marquis de Lafayette, and General Horatio Gates. Cultural differences and strained resources are believed to have created some tensions between members of Continental Congress and townspeople.

The courthouse was renovated in 1815. By 1841, York had outgrown it's courthouse and a new building was constructed just off the square.