The Liberty Bell Plaque marks the site of where New Bedford’s Liberty Bell used to ring, at the old Liberty Hall. The bell was used to warn fugitive slaves that U.S. Marshalls were on their way. The bell didn’t survive the fire that also destroyed the building in 1854. A piece of it was kept and inserted into the bottom of the plaque as a reminder of what the citizens of New Bedford did to resist the slave trade in America. 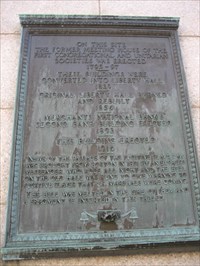 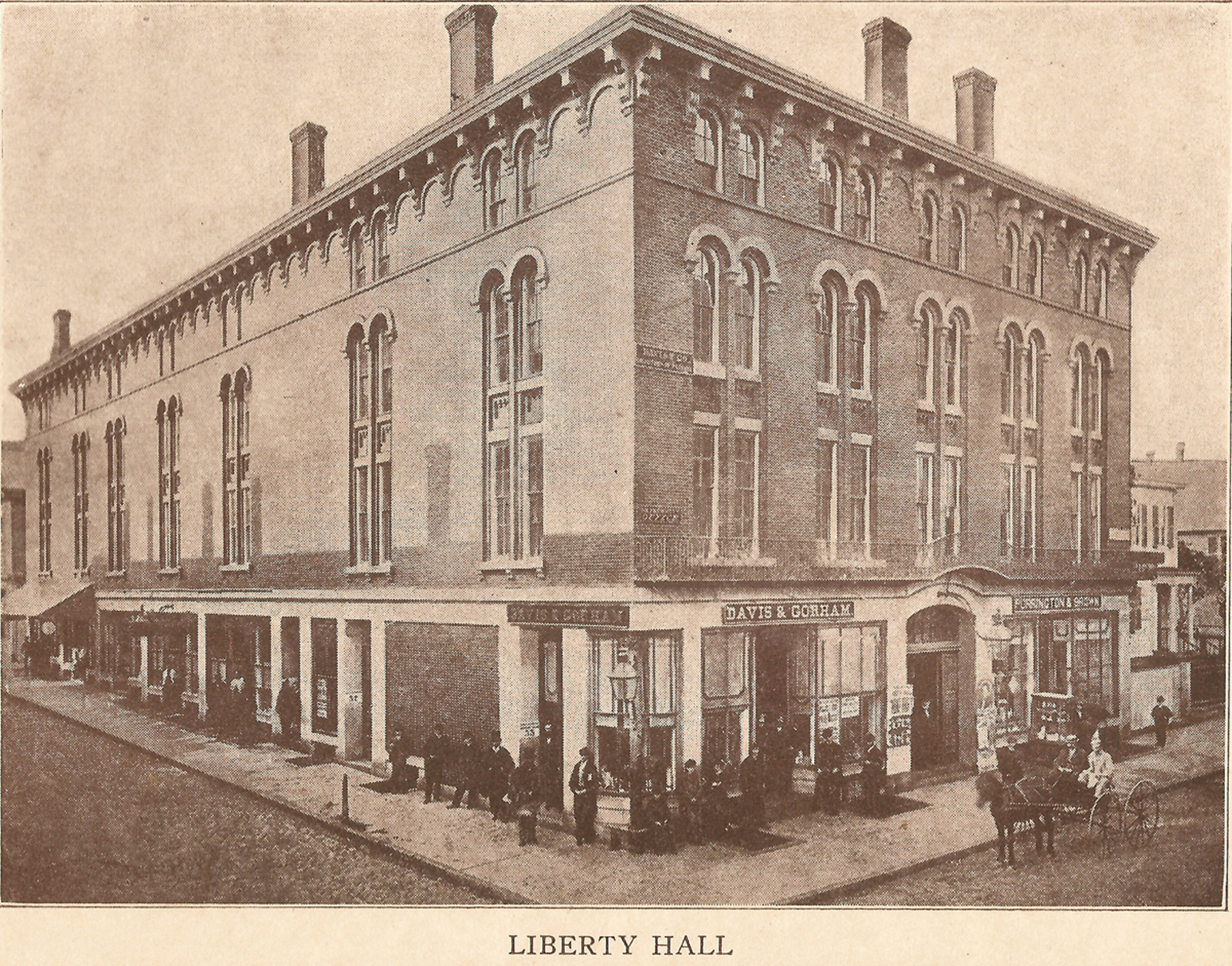 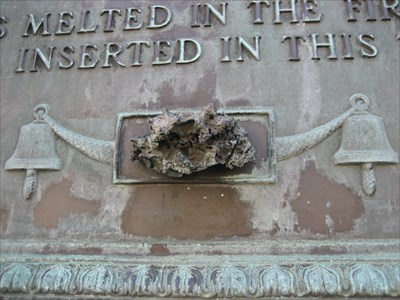 Plaque on the site of the commercial building 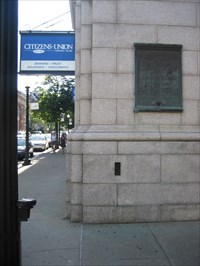 The Liberty Bell Plaque is also a site on the New Bedford Historical Society’s Black History Trail. The bell was first installed at Liberty Hall in the 1790s. One of the largest subscribers to the bell’s financing campaign was a man named Aaron Childs.  Childs was the only Black man listed as a householder in New Bedford’s first federal census.

A group of local abolitionists defied the law by ringing the “Liberty Bell” on top of Liberty Hall, at the corner of Purchase and William Streets in New Bedford. They rang the bell to warn any fugitive slaves that the marshals were descending on the area so that they could hide.

Liberty Hall was destroyed by fire in November 1854. Several other nearby businesses also burned.  The fire started in the hall because someone had left a lamp burning overnight.  The heat of the fire melted the Liberty Bell.  A fragment of the bell was inserted into the bottom of the plaque that visitors can see today. The rest of the melted object was reshaped into tiny bells and sold as souvenirs. The hall was eventually rebuilt.

The plaque, which is situated on the corner of a commercial building now used as a bank, reads:

These buildings were converted into Liberty Hall - 1839

News of the passage of the Fugitive Slave Law was brought from Boston in 1851 by an express messenger who rode all night and the bell from the old hall was wrung to give warning to fugitive slaves that U.S. Marshals were coming.

The bell was melted in the fire of 1854 and a fragment is inserted into this tablet.”

At the bottom of the plaque, the piece of the melted bell is mounted to the center, surrounded by pictures of bells with draping cords on either side of it. It is a stoic reminder of the risks that the citizens of New Bedford took to guarantee the freedom of their African-Americans friends.