Completed about 1885, this is considered Santa Fe's oldest commercial building. Located in the historic Barrio de Guadalupe, the warehouse mainly served soldiers stationed in the area and the barrio's Hispanic residents. The original owner was Frederick Schnepple, a local merchant and shopkeeper, who sold the warehouse and land to John Dendahl the year after it was completed. Since then it housed a beer company, a location for Coca-Cola supply building, electronics, and various other businesses.

Closeup of the warehouse 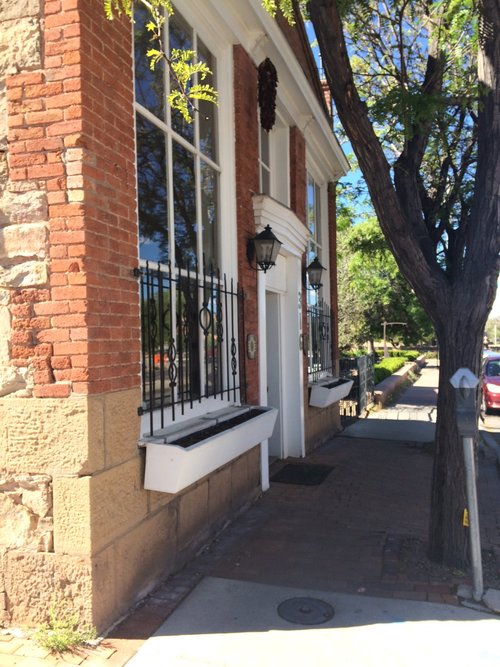 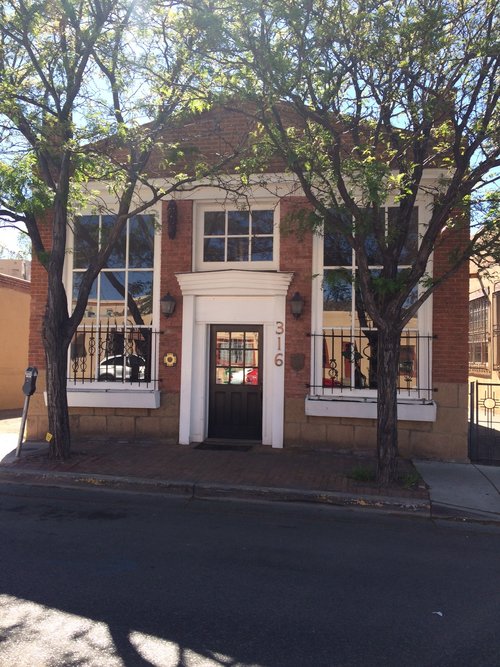 "The building is located in the section south of the Santa Fe River designated during the late Spanish and Mexican periods as the Barrio de Guadalupe, since its residents were in the jurisdiction of the Santuario de Guadalupe.

This barrio, in common with the Barrio de Analco that joined it on the east, was the district inhabited by the common soldiers and their families. In 1860 the land on which the store is now located belonged to the Tapia family. Several Tapias had been soldiers in the presidial company of Santa Fe during the Mexican period, as had their neighbor, José Salaices, who owned much of the adjoining property Salaices sold his holdings shortly thereafter, and the new owners and the Tapias built their houses along Agua Fria and present Guadalupe streets so that they formed a complex with a placita common to the various  landowners.

Cesaria Tapia sold the southern part of her property to Frederick Schnepple, a merchant and shopkeeper, in 1880, He apparently erected the stone building to serve as a warehouse before conveying the property to merchant John Dendahl on June 28, 1886, since the deed of that transaction contains the first direct reference lo the building, lt specifies the real property sold as including a frame dwelling, stable, sheds, an adobe residence, and a stone storehouse, and states that the property adjoined the common placita. The storehouse also appears on the 1886 Hartman map.

For several years prior to the sale of the property by Dendahl to Alphonse Dockwiler in 1916, the building was used by Henry Krick, agent for Lemp's Key and Bottled Beer. Dockwiler owned the building for ten years before conveying it in 1926 to J. A. Hart, who used it as headquarters for the Coca-Cola Bottling Company. Since that time it has housed several commercial ventures, including an electrical supply store and a gallery."