Also known as the De Vargas Street House, this structure is believed to be both the oldest house in New Mexico and in the whole United States. This title remains although the history of its "birth" has been lost to history. The house was used temporarily from 1709-1710 as the home of the Spanish Territorial Governor while the San Miguel Mission was being repaired. From there to the 1800s, the house was used as a residence for people from all different cultures that were represented in Santa Fe. The house is now home to a museum about the historic section of Santa Fe called the Barrio de Analco Historic District.

Circa 1880 postcard of the house 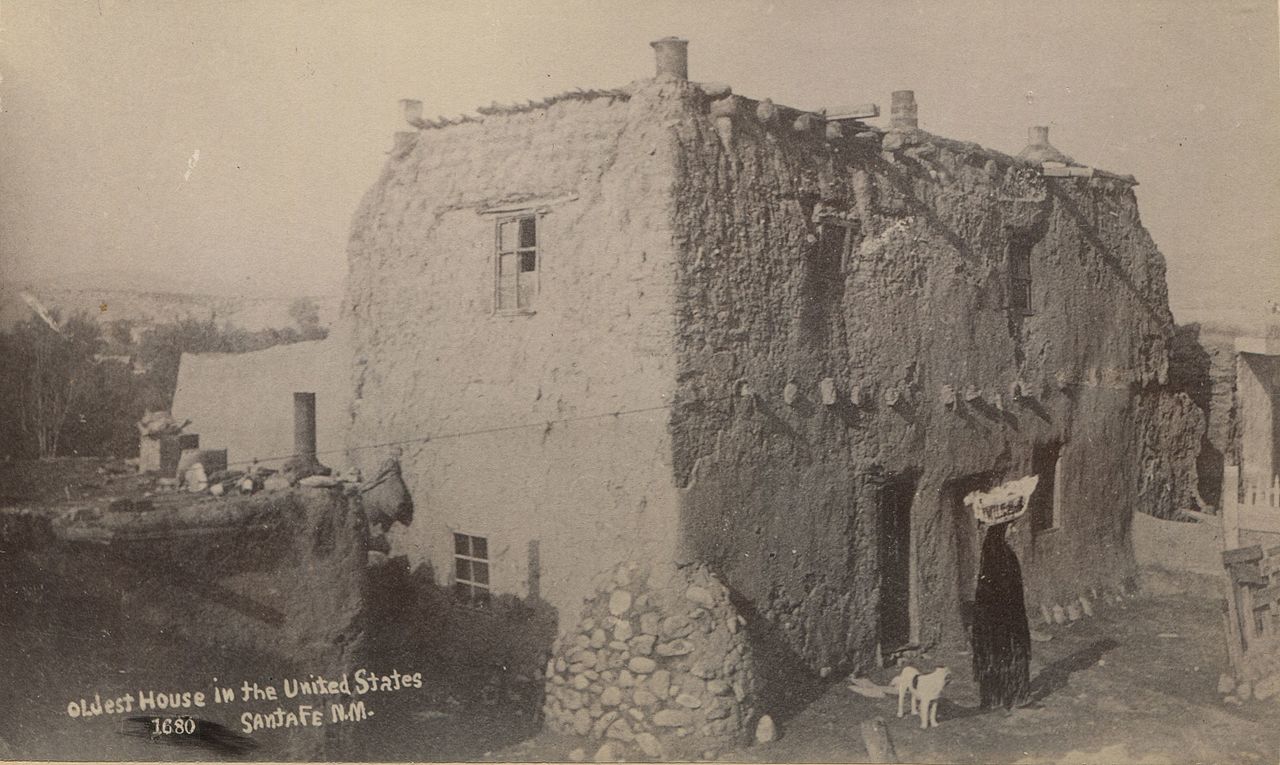 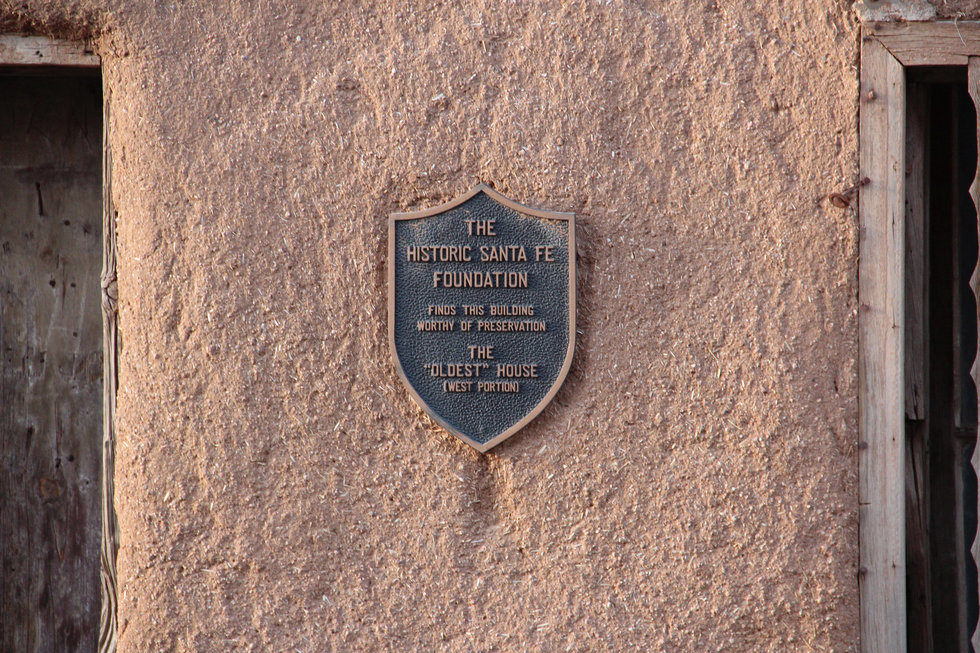 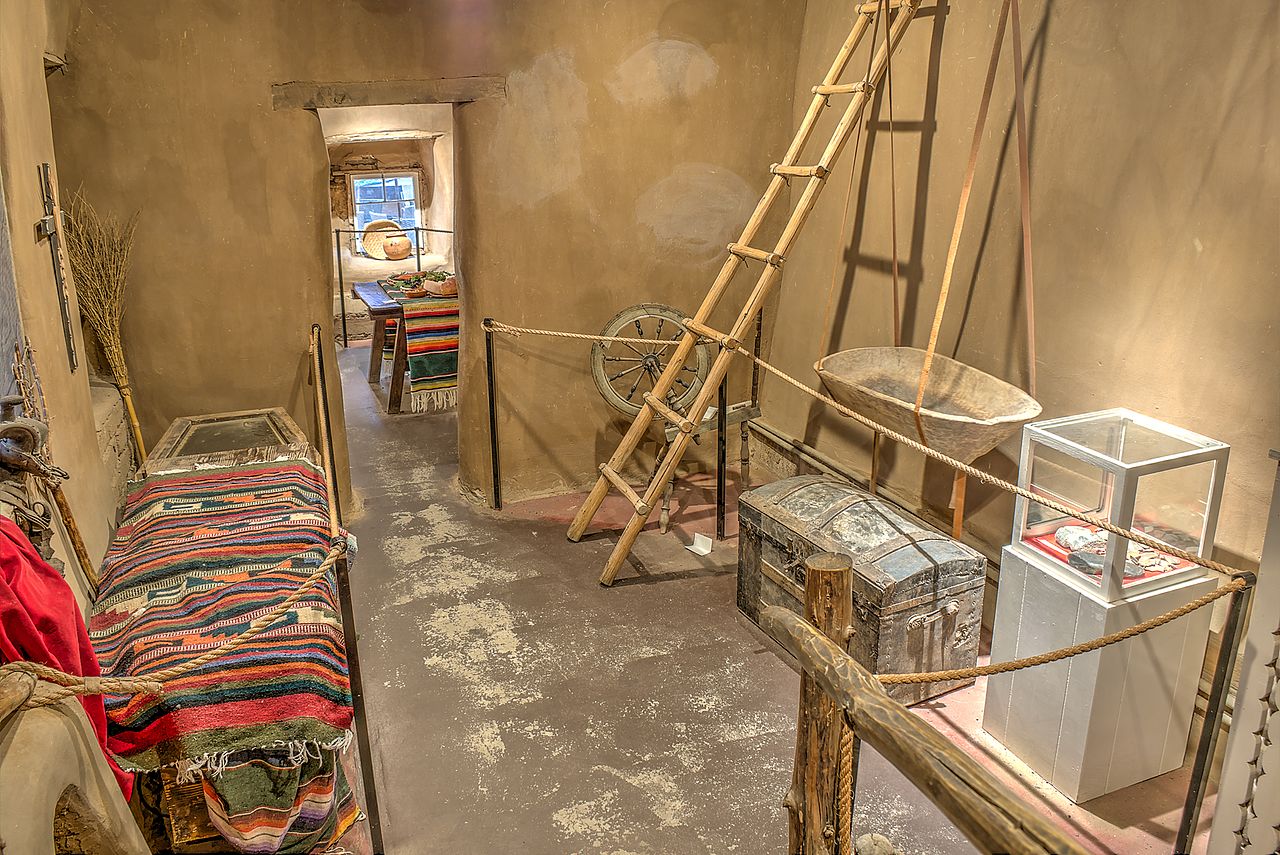 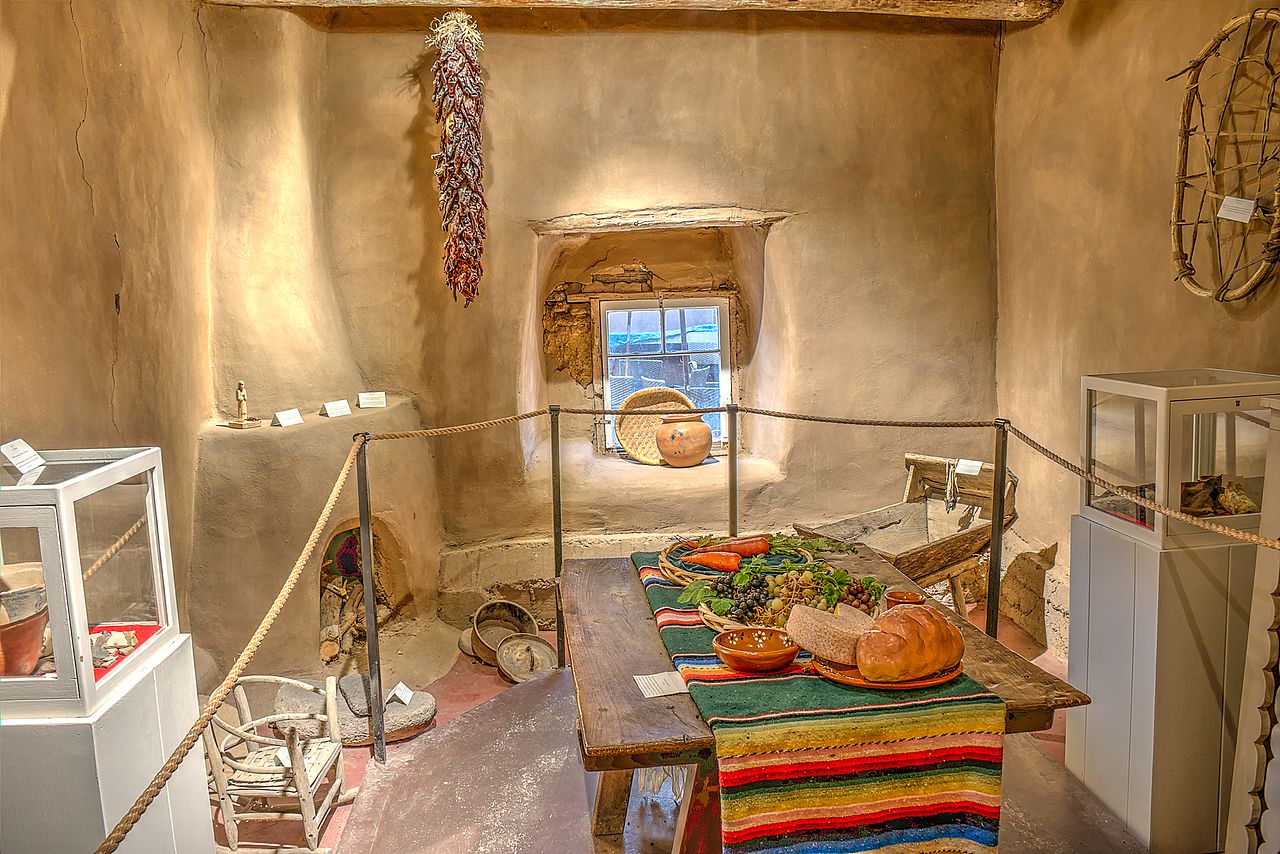 The "Oldest" House as it looks today 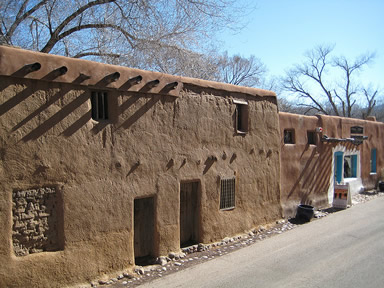 "The Oldest House rests on part of the foundation of an ancient Indian Pueblo dating from around 1200 AD. This pueblo was once inhabited by a tribe from the Tano speaking tribes of the northern part of the territory. Sometime around 1435 AD, this tribe abandoned their village, moving on to other sites farther south in search of water, better fields or hunting grounds. In 1598, Don Juan de Onate led a party of Spanish settlers into the area in search of a suitable place to establish a permanent settlement. Accompanying Onate were Tlaxcalen Indian warrior auxiliaries. The small band seems to have gravitated to their own ward, or barrio, soon known as El Barrio de Analco at the same time La Villa Real de Santa Fe de San Francisco de Asisi was founded in 1608.

The Tlaxcala’s found the river site met their every need. The river provided ample water for the irrigation of cornfields to the south of the San Miguel Church and an abundance of sweet tasting stream trout to grace their tables.

During the Great Pueblo Rebellion, the Indians of the Barrio de Analco suffered greatly. Their homes were sacked and burned with a heavy loss of life. The survivors retreated across the river and joined the Spaniards in a spirited but unsuccessful defense of the Villa. The Spanish withdrew from the Villa with the Tlaxcalans. Only a few of the first Tlaxcalans are believed to have returned to Santa Fe after the reconquest by Don Diego de Vargas in 1692–93.

Between 1709–1710 the "Oldest House" became temporary residence to Spanish Territorial Governor Chacon Medina Salazar, Marquez de Penuela, while repairs were being made to the San Miguel Church.

By the late 1800s, genizaros or acculturated plains Indians such as the Apaches and Navajos, as well as the families of Spanish soldiers were living in the Barrio. Up until the 1920s the Oldest House was continually occupied by people representing all the cultures of Santa Fe."

"The origins of this house seem to be lost, but for more than a century tradition has called it the oldest house in Santa Fe. It was labeled the "oldest building" in the city on the Stoner map of 1882, and the Urrutia map of 1766-68 shows a structure near the San Miguel Chapel in the approximate position of this house. Tree-ring specimens, taken from some of the vigas in the ceilings of the lower rooms, show cutting dates of 1740-67.

On July 31, 1881, the house, although not specifically mentioned in deeds of title, was sold for $3,000 by Bishop Lamy to the Brothers of the Christian Schools, popularly known as the Christian Brothers, with the San Miguel Chapel and other property. For decades this house  was included in descriptions pertaining to the area immediately surrounding the San Miguel Chapel.

The house had two stories in nineteenth-century photographs and paintings. In 1902 when the building was badly in need of repair, the second story was removed. The house remained a one-story structure until about a quarter of a century later, when a new second story was added. Presently, the eastern portion is rented as a curio shop, while the western part remains a unique remnant of the type of building once prevalent in the city–part Indian, part Spanish, low-ceilinged and crude, with dirt floors and thick adobe walls."