Located within the historic Rosario Cemetery of Santa Fe, this elegant 1888 mausoleum holds the remains of one of the city's prominent citizens, William Mandefield. A Pennsylvania native, Manderfield moved to New Mexico after many stops on his way here to build upon his skills as a printer. Starting as a floor man of the Santa Fe New Mexican newspaper, Manderfield would eventually own the paper. Mandefield was also dedicated to local politics, horticulture, and education. He was also a major voice in favor of the Union during the Civil War and as Confederate forces took over much of what is now New Mexico. 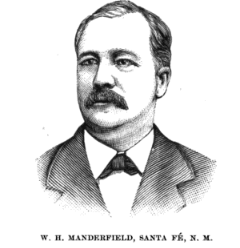 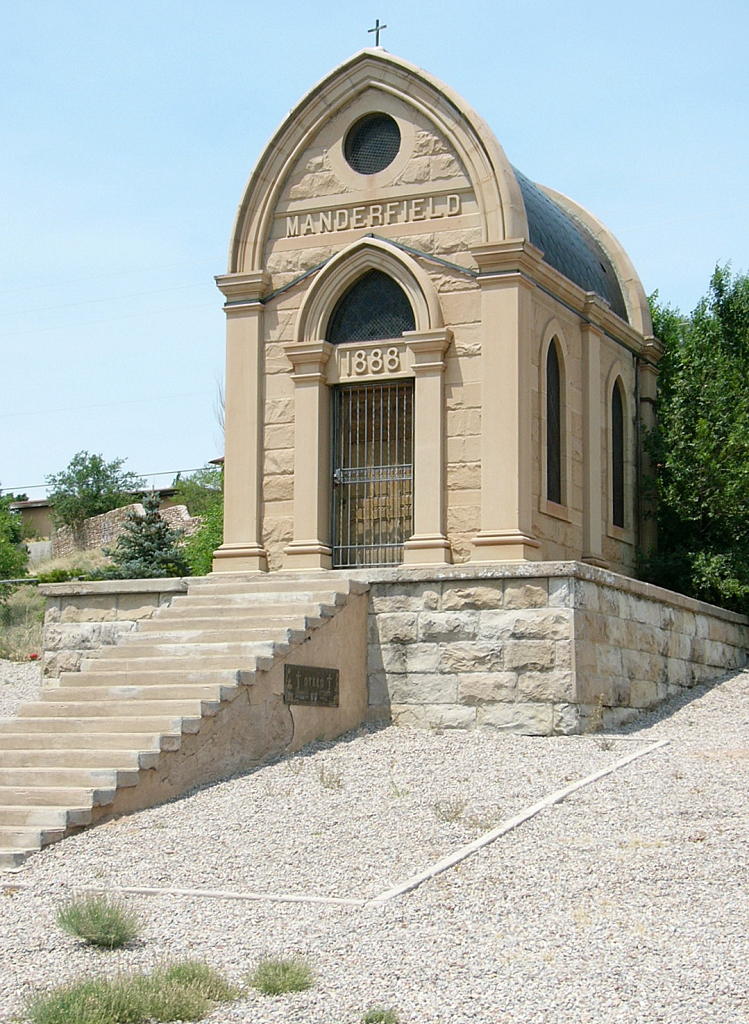 Another image of the mausoleum 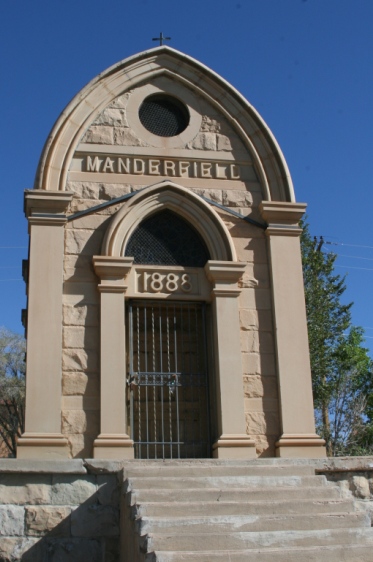 Manderfield was honored throughout the city following his death in 1888. This mausoleum was almost destroyed in 1979 by way of demolition before city residents and the Historic Santa Fe Foundation helped repair and preserve it, allowing to remain standing to this day.