While the Civil Rights Movement was said to end in 1968, monuments and sites that were pivotal points in pushing the movement forward are still being created and honored as important historical sites that will be used to educate the people of the nation for years to come on the long fight for equality and how that fight is still occurring. Before leaving office, former President Obama declared three new National Monuments that honor the Civil Rights Movement and all the events that have occurred to bring the United States into the state of more advanced equality currently in place. One of the three monuments created is the Freedom Riders National Monument, placed in Anniston, Alabama. The monument features two sites that were important in the era of the Freedom Riders and honors their bravery in the face of hatred and those who were against integration during the 60’s. These sites included are a former Greyhound Bus Station located at 1031 Gurnee Avenue in downtown Anniston and a location 6 miles away on the side of a highway where a bus that had left out of the station with freedom riders aboard was firebombed. 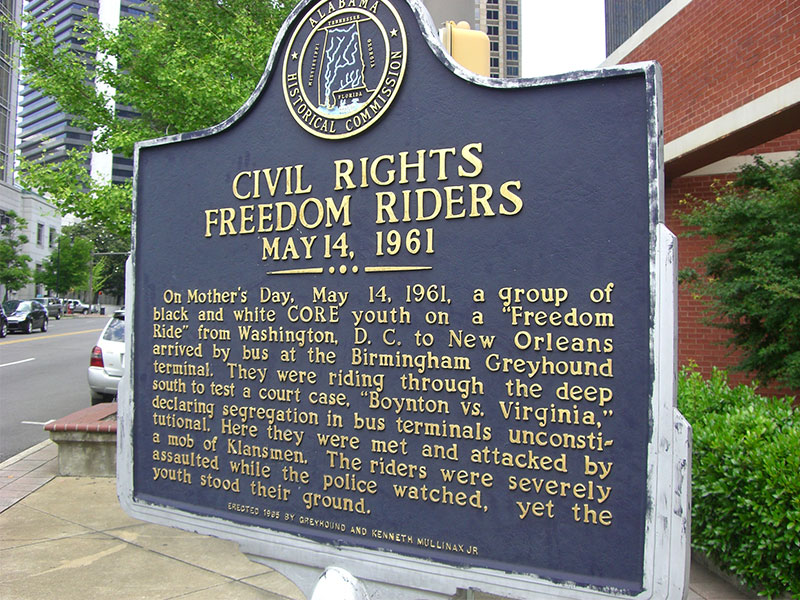 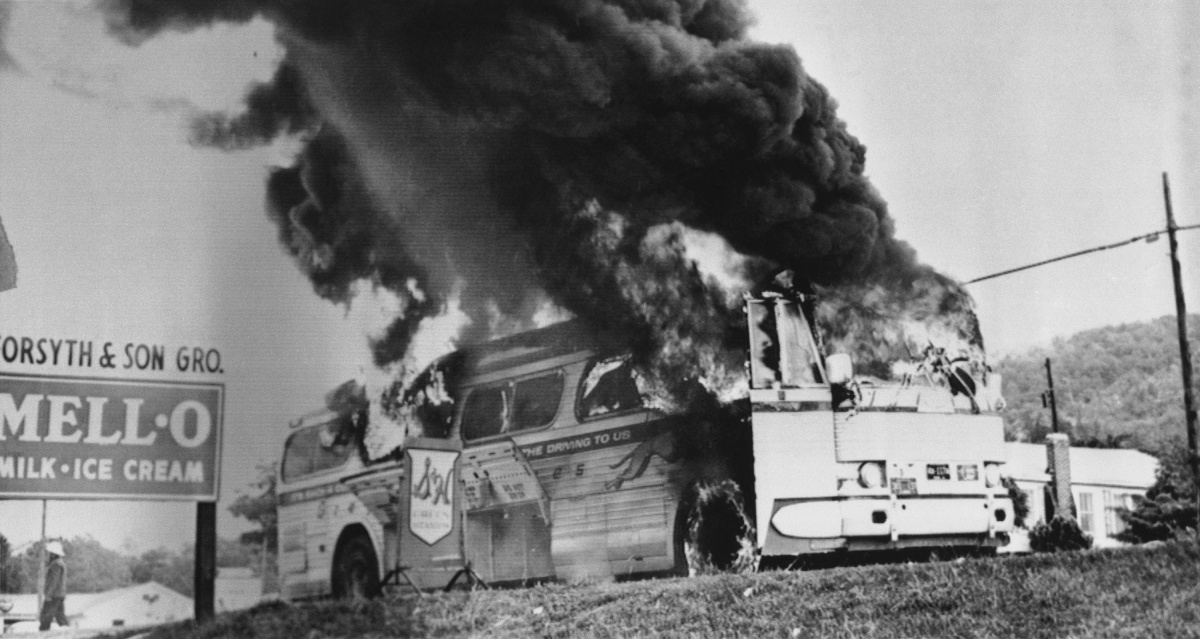 In 1961, a group was formed who named themselves the Freedom Riders, and their goal was to challenge the government for non-enforced decisions that related to court cases titled Morgan vs. Virginia, Boynton vs. Virginia and Sarah Keys vs. Carolina Coach Company. While these cases concluded in the ruling that segregation of public buses and terminals was unconstitutional, the government did very little to enforce the rulings of equality on public transport. The first official trip for the Freedom Riders began on May 4th, 1961, and departed from Washington D.C. to reach New Orleans by the 17th. While many mixed groups began to ride public transport in the south to draw attention to the inaction of government involvement of anti-segregation rulings, many southerners who were still in favor of the Jim Crow laws began to act out violently towards the activists. The backlash from white southerners included violence ranging from verbal harassment to physical action in the form of throwing objects and even murder attempts such as arson and lynching. The first freedom rides inspired many others to board buses and request the enforcement of anti-segregation laws by the government in the south.

The first site that is featured in the Freedom Riders National Monument is the former Greyhound Bus Station in downtown Anniston. On May 14th, the bus station saw the violence of segregationists first hand as a mixture of white southerners and KKK members began to attack the bus, slashing the tires and breaking the windows until police intervened and allowed the bus to depart from the station. While the station isn’t open for visitors, the side of the building has been painted with a beautiful mural of a greyhound bus along with panels of information relating to the event and the Civil Rights Movement. The mural is titled ‘Could You Get On The Bus?’ and features pictures along with information to give a more visual insight to the events and ways of the 60’s in the south regarding segregation. After the bus departed from the station, it only was able to continue 6 miles until mob participants were able to stop the Freedom Riders inside and begin their second attack.

The second attack created the second site that is honored in the National Monument, the site where the bus was stopped and lit on fire by attackers. The site is located on Old Birmingham Highway/State Route 202, and is where the bus broke down due to the tires that had been slashed while the bus was stopped at the station. After the bus was stopped a ‘pile of flaming rags’ was thrown into the bus and began the blaze intended to harm the riders inside. While the flames began to grow, the mob that had been attacking the bus held the doors closed, intending to burn the activists inside to prove a point of how far they would go to keep buses segregated. The mob disbanded from the bus and released the riders inside, proceeding to violently beat them until highway patrol was able to prevent any lynching of the young activists. The site of the bus burning was photographed and spread throughout the nation, causing an uproar at the unfair treatment of the freedom riders who weren’t even breaking any rules other than those that had been ingrained in the deep southern way of life. These sites are now protected by the National Park Service and will continue to hold as important landmarks in the evolution of civil rights throughout the United States for years to come.