Joshua Tufts was an early and prominent resident of the city then known as Davisville. The Tufts home was built in 1890, after Tufts became a successful businessman. Tufts lived in the home until his death in 1914. The home is listed on the National Register of Historic Places. 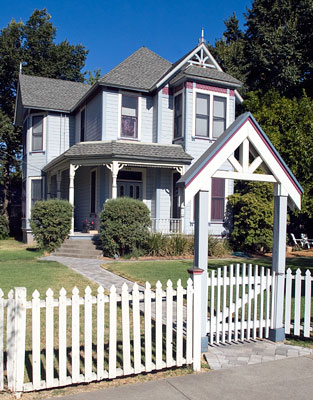 Joshua and Mary Ann Tufts came to California from New York in 1849. They originally lived in both San Francisco and Sacramento, but eventually settled in Yolo County in 1850. At the time, the city then known as Davisville was a small but growing community.

Shortly after to moving to Yolo County, Tufts began to invest in real estate and transportation projects. He also served as Justice of the Peace and Postmaster, and was active in community service and the Presbyterian Church.

In 1888, Tufts retired and moved to Davis where he built the home on J Street in 1890. The home is considered one of the finest examples of Victorian architecture in the city. In 1962, the Longview School began operating in the Tufts home, but moved to a new location in 1971. The home was added to the National Register of Historic Places in 1979.