The current Fraser Hall opened in 1965 and remains the iconic symbol of the central campus with its twin towers sitting on the second highest point of the campus and commanding the skyline of Mount Oread. At the time of its completion in 1873, the original Fraser Hall (then known simply as University Hall) was purported to be the largest educational building in the United States. Old Fraser was demolished in 1965 despite a strong protest movement. 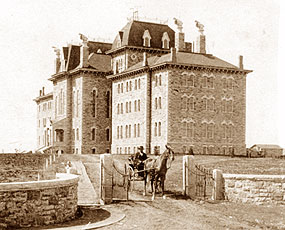 Fraser Hall was built in 1965 and remains the symbol of the central campus with its two towers being visible for many miles. 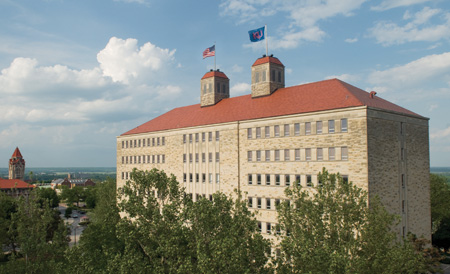 Construction on Fraser Hall began in March 1965 and the building cost $2.2; its size of 96,000 square feet is more than twice that of the beloved 1872 building whose name it retained, which was located about 50 feet west.

Ulysses S. Grant became the first U.S. president to visit the University of Kansas and as might be expected, his visit included a tour of the recently opened Old Fraser Hall (known then as University Hall).