Fresno's Warehouse Row consists of three Queen Anne style buildings that were built in the first decade of the twentieth century: the Wormser Furniture Company Warehouse, the Western Meat Company packing plant, and the Fresno Consumers Ice Company. Each of these buildings were built in the early 1900s and they are listed on the National Register of Historic Places. 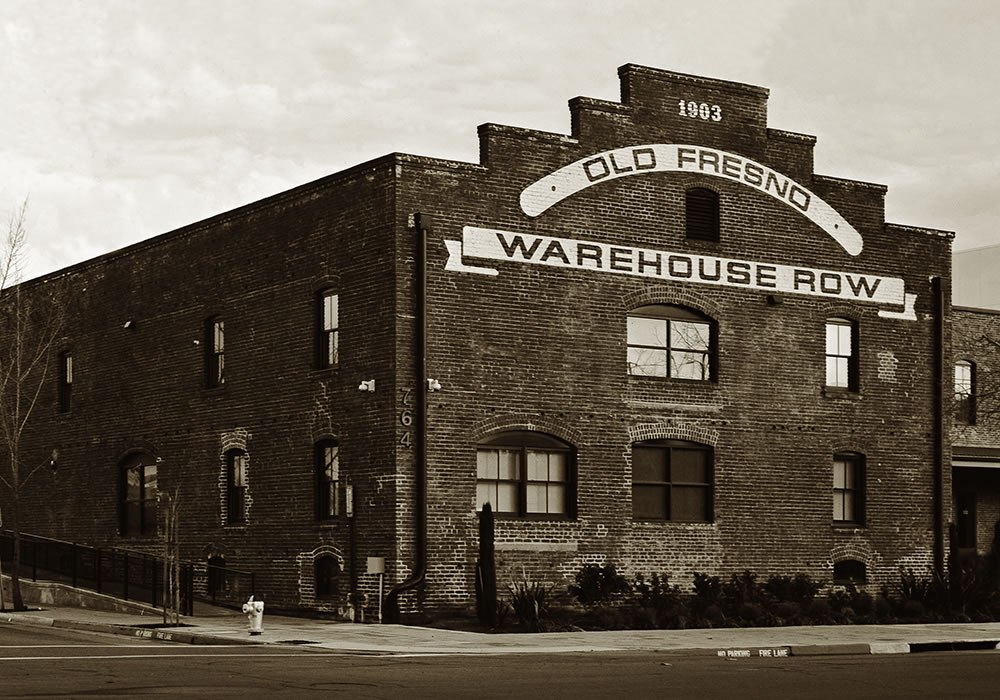 The late 1800s and early 1900s were boom years for Fresno. The advent of irrigation led to Fresno County becoming one of the most prosperous agricultural counties in the United States. At roughly the same time, the Santa Fe railroad came to Fresno, which made even more growth possible, and the city's population nearly doubled in the first ten years of the twentieth century.

The buildings of Warehouse Row were constructed during these years of Fresno's tremendous growth. They were designed by T. J. Hammond and W. W. Williamson and were built in the Queen Anne Style. The Wormser Warehouse was built in 1903-1904 for the Wormser Furniture Company, the Western Meat Company packing plant was built in 1910, and the Fresno Consumers Ice Company building was built in 1903.

The Fresno Consumers Ice Company was originally known as the San Joaquin Ice Company, but the name was changed in 1904. Given the heat of Fresno's summers, ice was a vitally important commodity in the years before modern refrigeration and cooling systems. At the time of its construction, it was the largest such plant on the West Coast, and at the peak of its operation, the plant produced thirty tons of ice per day.

In 2008, the brick portion of the Fresno Consumers Ice Company was deemed to be a safety hazard and was demolished, leaving only the three-story concrete structure that was built in 1928. All three buildings are listed on the National Register of Historic Places.