Spooner Hall was built in 1893-94 as the University of Kansas' first library. The money for its construction came from William Spooner, who wanted to construct the university's first purpose-built library and also a new chancellor's home for his nephew Francis H. Snow, who served as chancellor from 1890-1901 (Francis was his niece's husband). Spooner Hall was designed by Henry Van Brunt in the Romanesque Revival style and added to the National Register of Historic Places in 1974. Today, the building houses anthropology department's collections.

Spooner Hall was built in 1894 and was the university's first library. 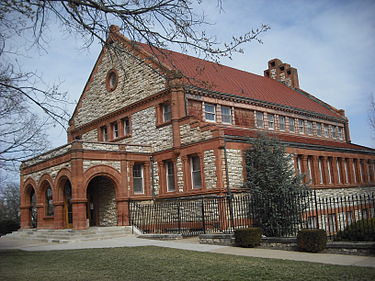 The library as it appeared in the 1890s. 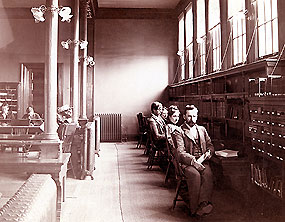