Completed in 1904, the Chapin and Gore Building was built for the locally famous whiskey-distilling duo of Gardner Spring Chapin and James Jefferson Gore, who gained fame due to a bold move made during the Great Chicago Fire. As well, the 1904 structure represents one of the few multi-story office buildings inspired by the Prairie School of architecture made famous by people such as Louis Sullivan and Frank Lloyd Wright. 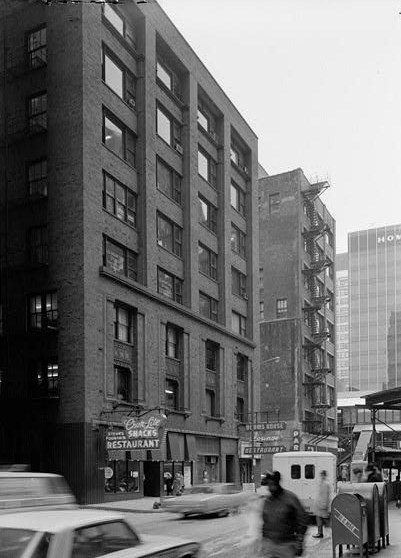 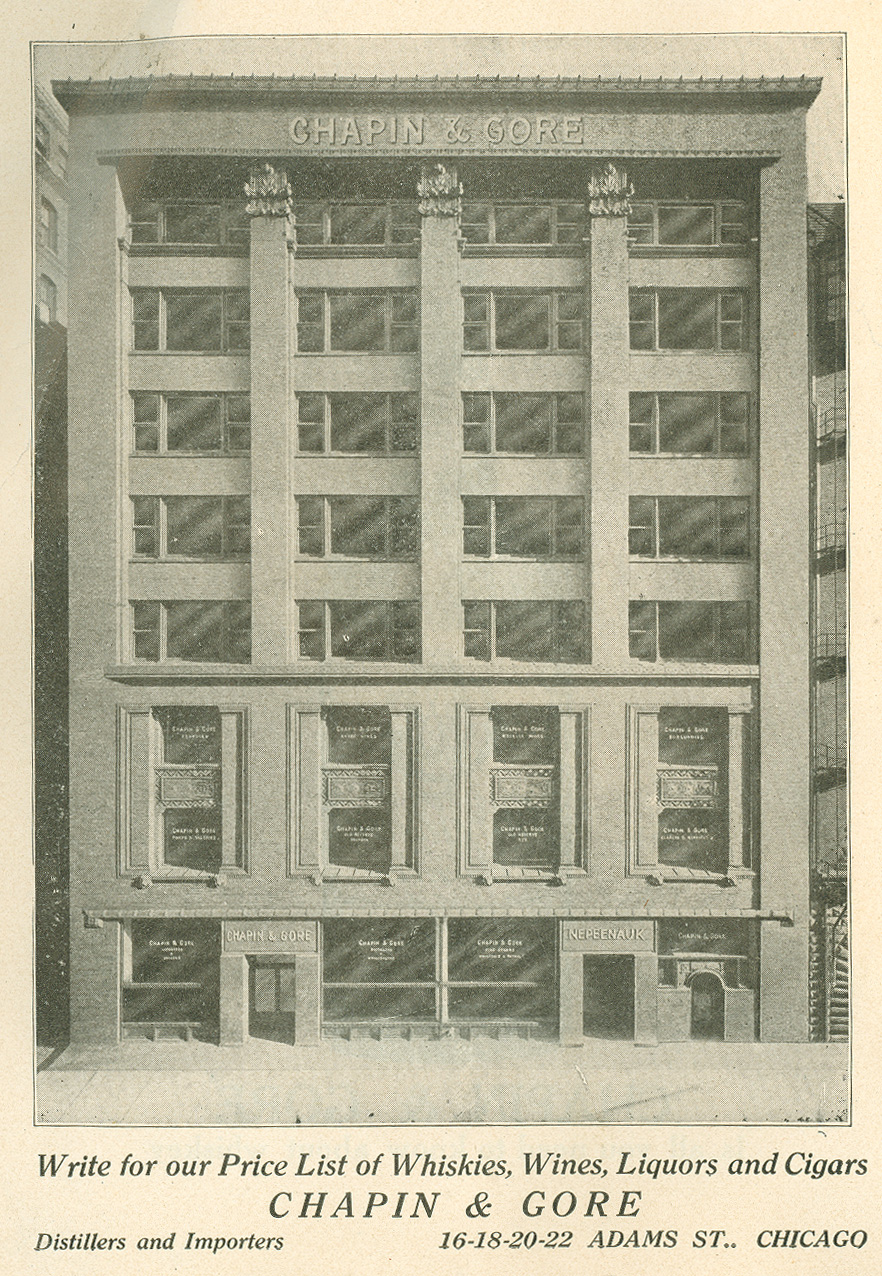 Similar to many large cities of the late 19th and early 20th centuries, saloons and those who brewed and distilled liquor proved highly successful, such as the case with Gardner Spring Chapin and James Jefferson Gore, who rose to local fame due to its whiskey distilling prowess. The 1904 building that bears their names included a ground-floor saloon. But, the history of the building also includes its Prairie School design made famous by Louis Sullivan and Frank Loyd Wright.

The story of Chapin began in the late 1860s (it is believed) when Chapin provided Gore, then broke, with a $200 loan. Gore turned that loan into successful businesses ventures in Chicago while Chapin went to Minneapolis and opened an unsuccessful dry goods store. Chapin returned to Chicago and opened a Grocery store. Gore found him, and to return the favor of the loan, suggested the two go into business together -- friendship and business partnership were born.
The two opened a grocery store in 1865, but with the inclusion of a liquor store, which proved to be the most rewarding (financially) aspect of the new store. From there, the two developed their own "1867 Sour Mash, " and its success pushed the two to concentrate solely on making whiskey.
However, what truly made the two famous in Chicago was their actions to save their whiskey during the Great Chicago Fire. By rolling the barrels into Lake Michigan, much of their stock was saved -- recovered after the fire. They then sold the post-Great-Fire whiskey as "Lake Whiskey."
That notable occurrence gave them notoriety and provided the two great success, opening saloons and liquor stores throughout Chicago. In fact, Chapin & Gore’s liquor received national attention, notably its “1867” and “Old Jim Gore,” which the firm trademarked in 1904, which allowed them the ability to acquire their own Kentucky distillery. They eventually opened branches in Kansas City,  Indianapolis and even Paris, France.
The 1904 Praire School structure stands as a monument to the whiskey maker's success. The building includes a warehouse and offices, along with the bar at street level. Meanwhile, the exterior consisted of exemplary brickwork and terra cotta.  Sadly, Jim Gore did not see the building's construction as he died in 1891, but Chapin continued the firm under the name Chapin & Gore.
Prohibition, of course, put an end to the company's distillation but the name arose in 1934 under the umbrella of Louisville's National Distillers Corporation, and later sold to Bardstown Distilleries. In truth, though, the whiskey was never again distilled by the actual Chapin & Gore.
Renovations to the building in 1997-98 not only helped restore the building to its former aesthetic glory, but ushered in a new chapter for the building. The Chicago Symphony Orchestra, purchased the building to use for its offices and administrative needs. The actual symphony is located around the corner on Michigan Ave.