From 1929 to 1953, this building was home to the Curtiss-Wright Aeronautical University, the first accredited flight school in the Midwest to enroll both white and Black students and employ white and Black flight instructors. The basement of the building was used to teach welding while students on the third floor worked to overhaul engines. The building also held classrooms where pilots learned about navigation, fundamentals of aviation, physics, and other important topics that were supplemented by hands-on time at a nearby airfield. The Curtiss-Wright Corporation was created in 1929 as a merger between the Curtiss Aeroplane and Motor Company and Wright Aeronautical which had been formed by the pioneering Wright aviation family and their investors. Today, the steel-framed building with its terra cotta facade is home to loft-style apartments

The golden age of flight turned aviators into stars. This 1935 image shows some of the pilots who trained at the school. 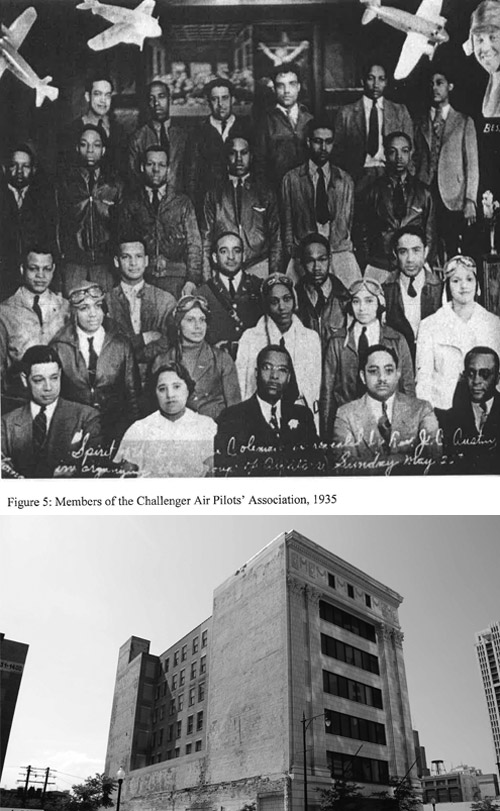 The building is now home to loft-style apartments and retail and restaurant space on the ground level. 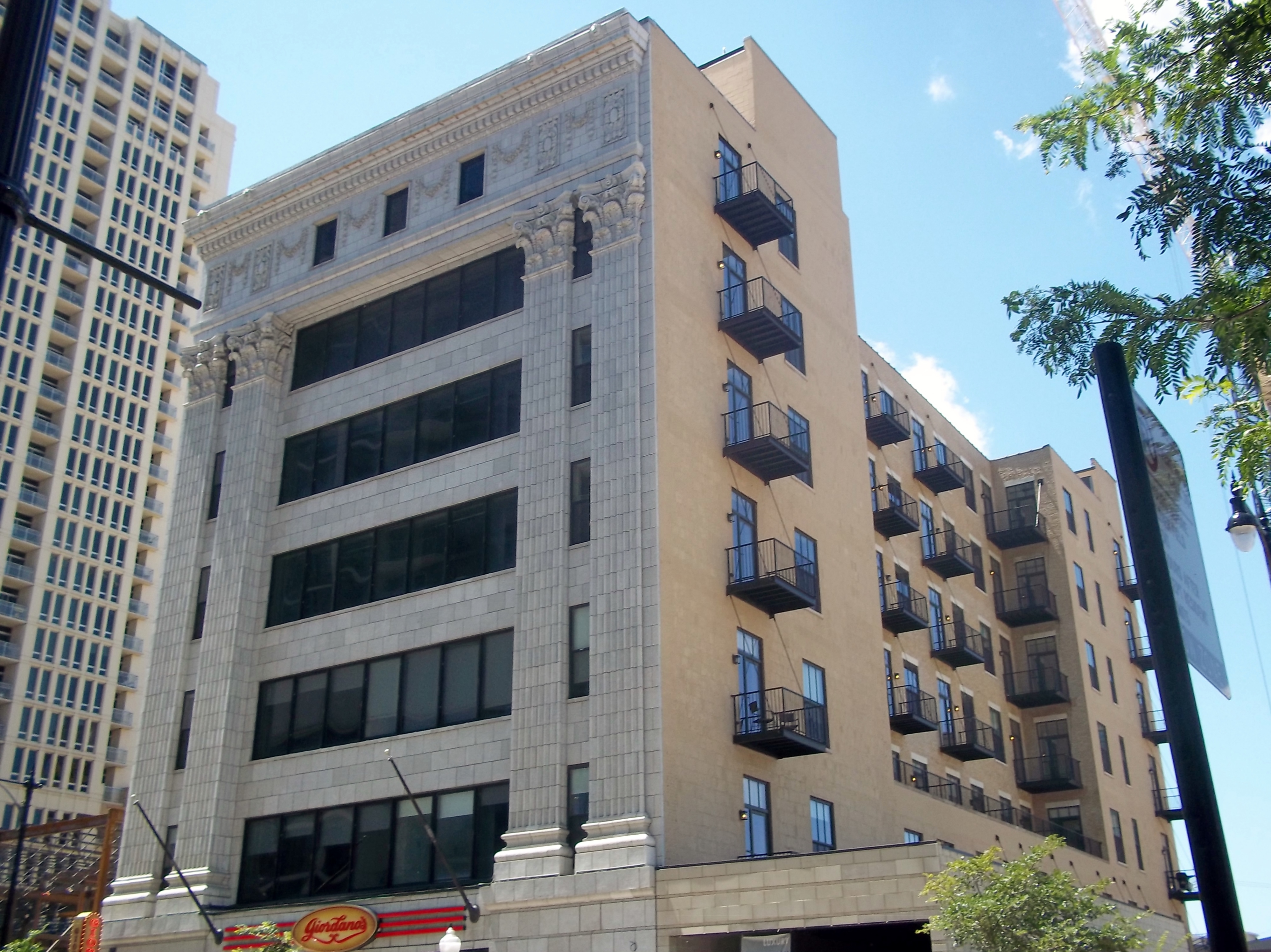 Curtiss-Wright Aeronautical University trained hundreds of African American pilots and mechanics at this location from 1929 to 1953, 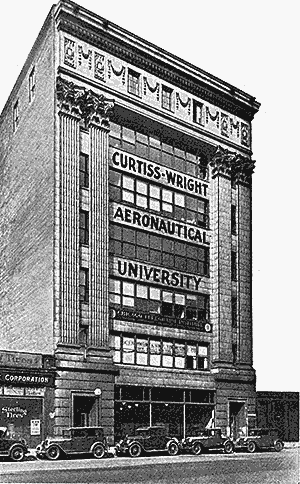 The Curtiss-Wright Aeronautical Building stands as a reminder of the significance of aviation in early years of the twentieth century, and more importantly, the significance of a training school that hired Black instructors and admitted Black students in an era when educational and occupational opportunities were often limited for people of color. The school offered a formal education to pilots, mechanics, and administrators and is historically significant because it employed and instructed Black men and women. As a result, this building became the point of entry to the aviation profession for thousands of African American before and during the Second World War.
Aviators often enjoyed fame during the 1920s and 1930s, a fact that made this school so historically significant. Millions of young people wanted to become aviators, especially after Charles Limbaugh flew the first non-stop, solo flight from the U.S. to Europe in 1927. Thanks to this training school and a handful of others, a small number of African Americans were able to join the aviation industry.Without this core group, it is difficult to imagine programs such as the pilot school at Tuskegee that produced the 20th century's most-famous fighter squadron becoming a reality.

The story of this building dates back to the city's efforts to position Chicago at the center of the aviation world. Chicago's Harold F. McCormick helped spur a movement in Chicago to establish the city as a world aviation center, starting with the 1910 formation of the Aero Club of Illinois. By August of 1911, the group organized the Chicago International Aviation Meet, the city's first major air show, which attracted 100,000 spectators over the course of nine days. As well, in 1919, the Aero Club opened a modernized airport called Cicero Field. Located west of the city, it featured a 1,500 foot-long runway and room for 250 planes and 40,00 spectators. By the 1920s, Chicago was home to more than twelve airports, including what would become Midway Airport and quickly became the busiest airport in the world by 1931.
Chicago's aviation success drew interest from the Curtiss Flying Service, a division of the Curtiss Aeroplane and Motor Company founded by aviation pioneer Glenn Curtiss. By the end of 1928, the company had formed the Curtiss Flying Service of Illinois, led by Major Rudolph Schroeder, a Chicago resident and aviation engineer who gained fame for his record-breaking stratospheric flights. By 1929, the Wright Aeronautical Corporation and the Curtiss Aeroplane and Motor Company merged to form the Curtiss-Wright Corporation, which united over a dozen aircraft manufacturing and distributing organizations. By the end of the 1920s, Chicago had successfully positioned itself at the center of the aviation world thanks to these companies and through the creation of several aviation clubs and building modernized airfield and airports.
The financial rewards were substantial, which allowed for the planning, financing, and construction of the Aeronautical University in downtown Chicago, the only aviation school in the Chicago district accredited by the United States Department of Commerce. The accreditation proved necessary because The Air Commerce Act of 1926 had created the first federal framework for regulation of air travel and pilot licensing.
Although the Great Depression created difficulty for the Aeronautical University, the school continued to offered students education in piloting as well as aviation administration and mechanics and welding. Anyone older than sixteen could attend classes, including women. Although a white-only school at the start, by the early 1930s, the school became the first accredited aviation school in the Midwest to admit Black students and hire Black instructors.

Grove, Tim. First Flight Around the World: The Adventures of the American Fliers Who Won the Race. New York: Abrams Books, 2015.