This congregation was founded in 1872, when Lorain was known as Charleston Village and only had a population of 600. Its first building began construction in 1876 and was destroyed in the 1924 Lorain Tornado. The current building was built in 1926. It is a Colonial Revival, as it takes aspects from both Georgian and Neo-Classical styles. It is easily identified by its reddish orange brick and red brick with white trim along the windows and cornice, representing its Georgian aspects. It also has a symmetrical façade with four Doric columnns, showing its Neo-Classical characteristics. This congregation was known for being very progressive as it raised awareness for civil rights in the city and began Habitat for Humanity in the county. 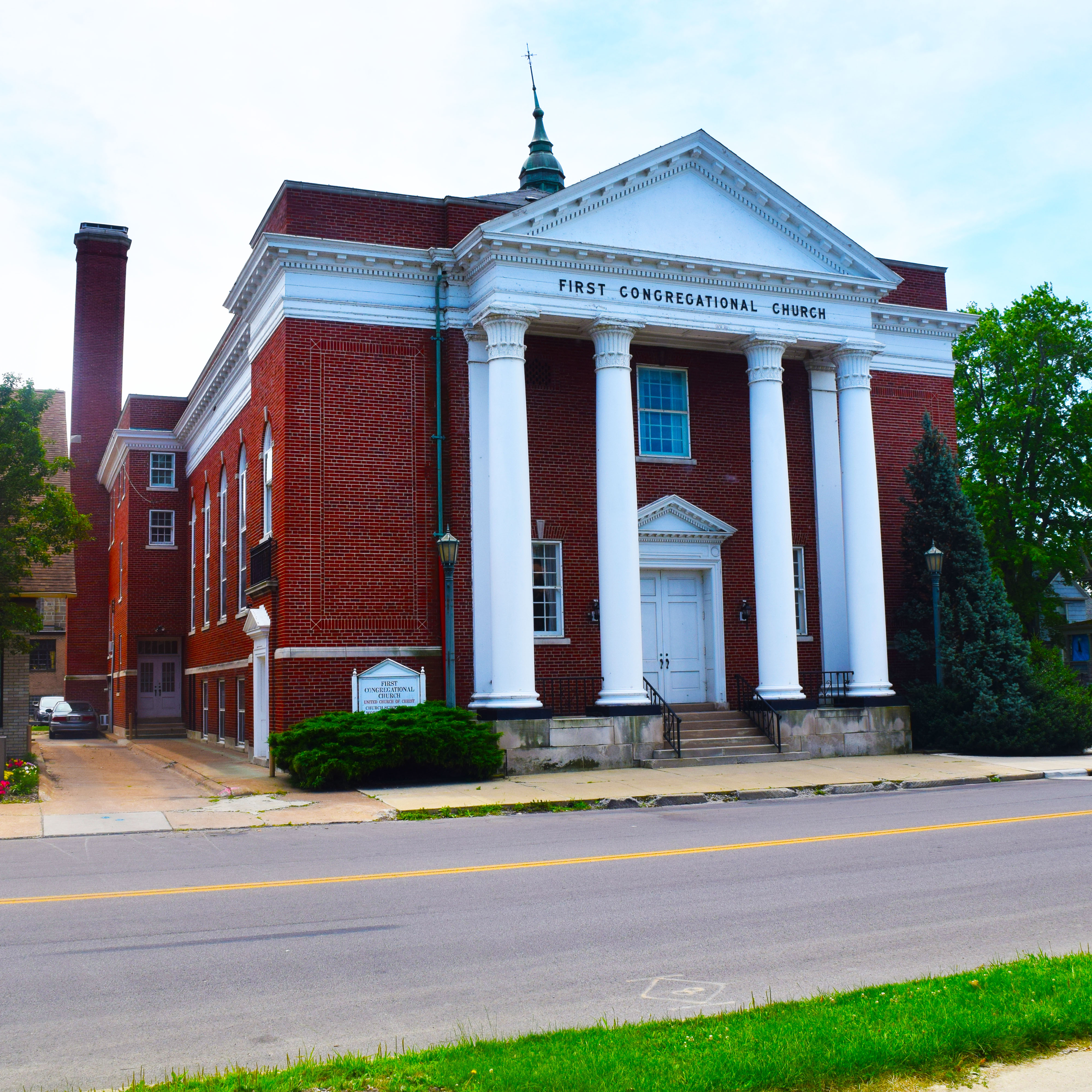