This parish was originally founded in 1879 by Irish immigrants, making it the oldest Catholic Church in Lorain. In 1883, they erected a new wooden building. In 1885 the church was remodeled to include a school. The church was destroyed in 1895 and shortly thereafter a very large neoclassical brown brick church with a bell tower, spire, and four-story ceilings was erected in the old buildings place. In 1901, Rev. John Johnston took over as pastor, and he led the parish through very turbulent times. He built the current school building on 7th St, which is a Neo-Classical Revival style building made of brick with stone trim with a parapet made up of corbels. In 1924 the church was completely destroyed in the Lorain Tornado. The school and rectory were also damaged, but the school was still able to open for its first year in the fall. The church was rebuilt and was finally opened in 1931, Rev. Johnston’s last year as pastor. This new Georgian-style building was built using limestone from the old church. It was modeled after St. Mary’s Cathedral in Tuam, Ireland. It was designed much shorter than the old building, as parishioners feared another tornado. Its new façade includes statues of St. Mary and St. Joseph holding the infant Jesus. St. Mary’s High School closed in 1969, as Lorain Catholic took its place as the lone Catholic high school in Lorain. The elementary school closed in 2004. Since then, several charter schools have occupied the space.

St. Mary's Church after the Lorain Tornado in 1924. 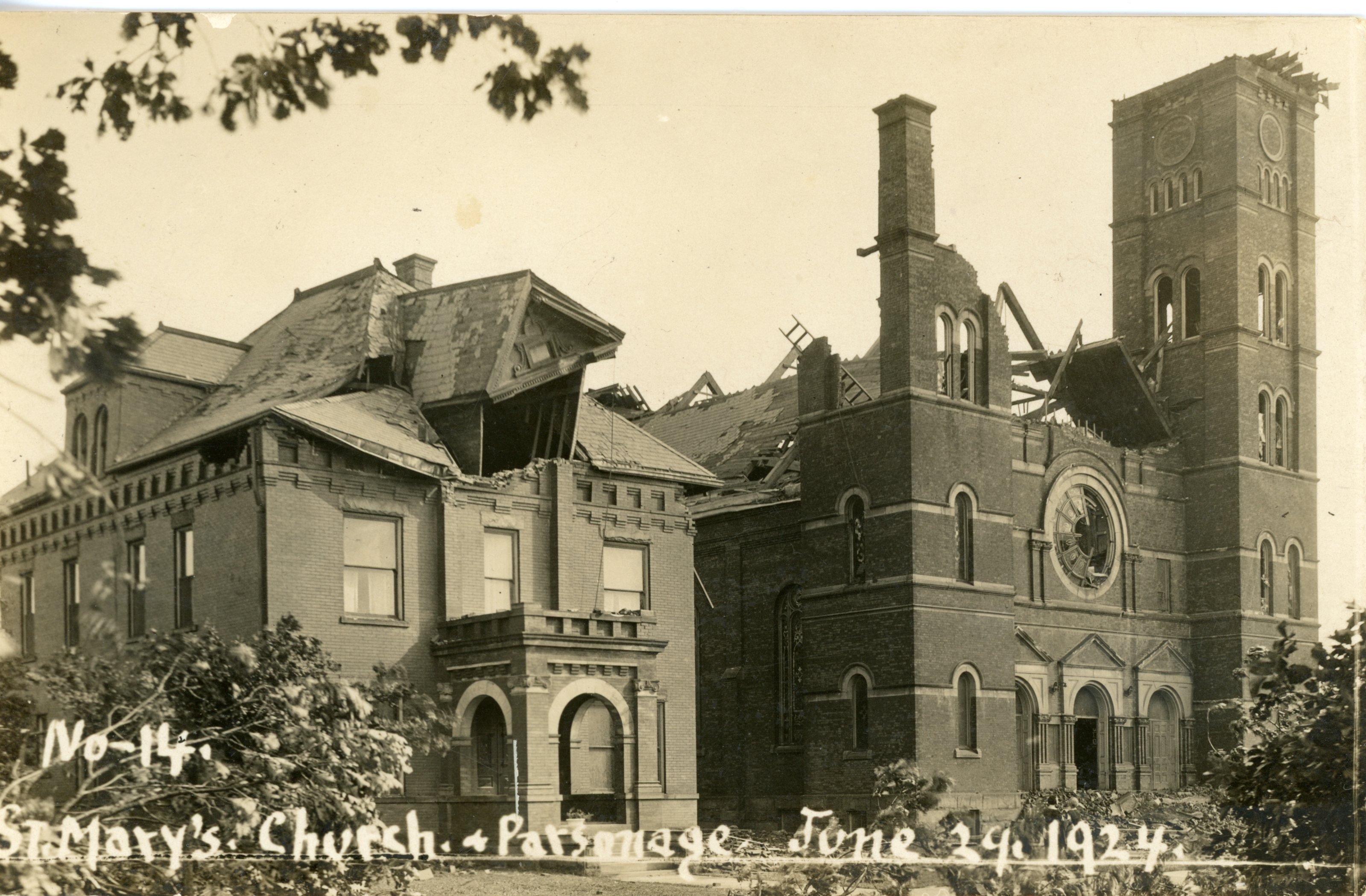