The Deering Estate Barn, one of two structures that made up the Deering Estate, was located on what is now the University of Southern Maine at Portland, Maine campus. The Deering Estate had a storied history leading back to early colonial days. After the land was purchased by prominent Portland businessman James Deering in 1802, it became a luxurious country estate. The barn was modified by Portland Community College after they acquired the property in 1947. The community college later became part of the University of Southern Main campus which led to the removal of many of the temporary buildings that had been erected by the community college. The barn had been converted into a student center and was a popular center of campus activity. However, it was demolished in 1969 despite its historic significance and despite the efforts by preservationists and protests by students and community members.

A rare photo of the barn itself, taken in 1817, sourced from an informational brochure published by the University of Southern Maine 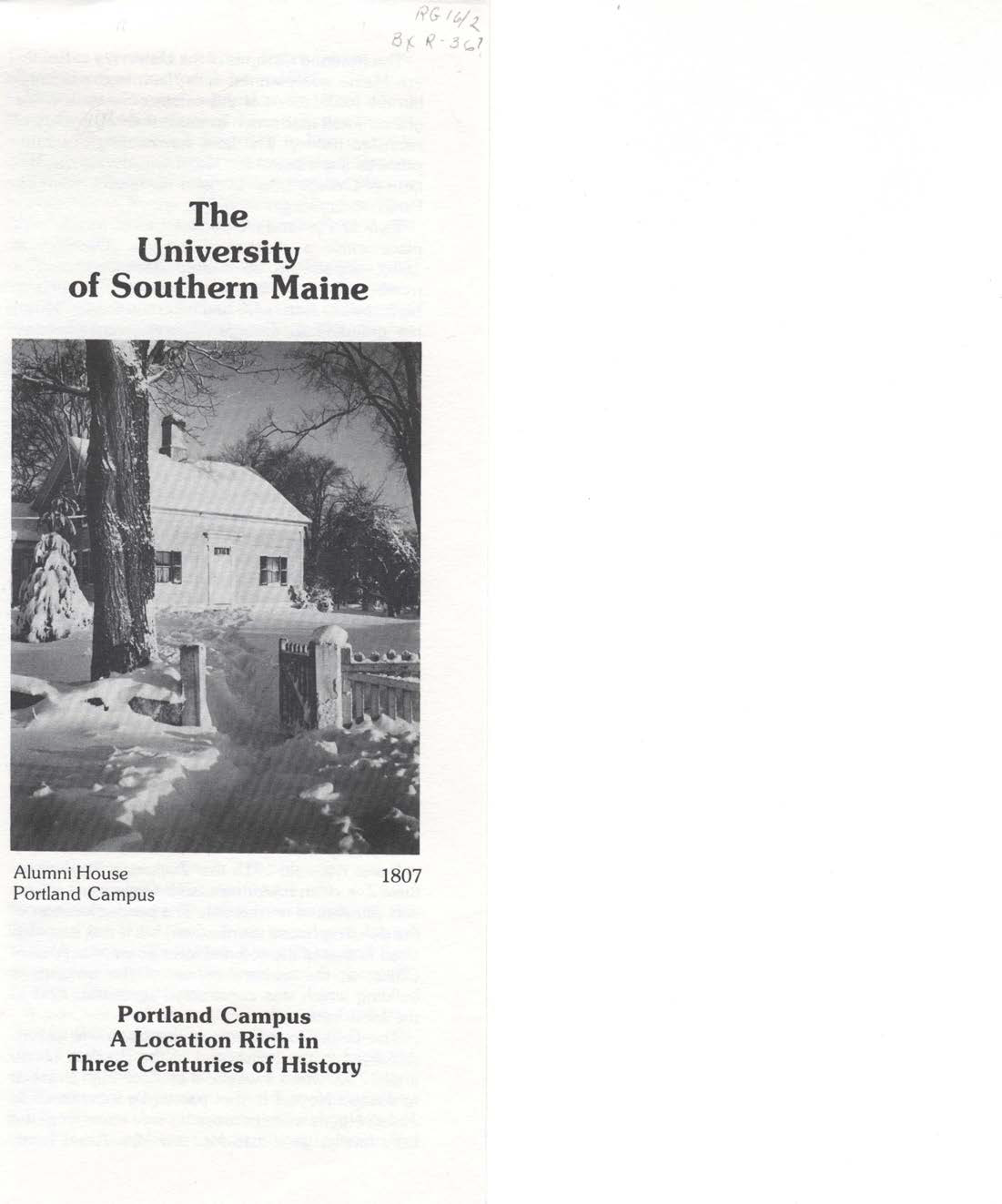 A photo of the former Deering Estate. The campus of University of Southern Maine has now risen up around the site. 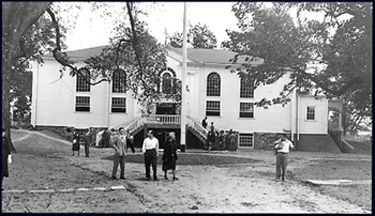 The land that now makes up the campus of the University of Southern Maine had been partitioned for settlement originally in 1637.  Given to George Cleeves by Sir Ferdinando Gorges, a number of habitations and settlements were established on the wide stretch of land over the course of the mid-1600s.  In 1676, during conflicts with natives, many of the colonists were captured, killed, or displaced.  The landholder during that time was Anthony Brackett, who had received the land from George Cleeves.  The Brackets managed to escape the attacks, move to a different segment of the land, and reestablish a farm nearby.

Almost a decade later, the very first battle of the “Second Indian War of 1689-1697” began in the Brackett farm orchard.  Throughout the course of the war, nearly every settler in the area was displaced.  The farm would not be reclaimed until 1715 when the son of Anthony Brackett, Zachariah Brackett, set out to reclaim the land, constructing a new farm which would come to be known as Back Cove Farm.

In 1802, Back Cove Farm came into the hands of James Deering, a prominent and well-respected merchant in the Portland area whose family’s holdings have been a major historical influence on the City of Portland.  Deering overhauled the farm, hiring famed architect Alexander Parris, who designed Boston’s iconic Quincy Market, to design a mansion and luxury carriage house for the property.  The mansion would, in the coming years, host many celebrities of the time who came to visit the state.  Jefferson Davis, Daniel Webster, and Henry Wadsworth Longfellow were noted visitors of the Deering property.

In 1871, following a large displacement of citizens from Portland after the 1866 Great Fire of Portland, the town lines around the Portland area were redrawn.  The Deering Estate had once belonged to the town of Falmouth, but instead was redrawn to be a part of a new town, named Deering.  A portion of the farmland nearest to the city limits of Portland was sold to the city in 1879 to become Deering Oaks Park, which remains a public park of great local repute to this day.  In 1899, Portland officially annexed the town of Deering which had been absorbed by the great influx of population in the city.

By 1946, the Deering Estate had become little more than 18 acres of land.  The mansion was in poor condition and was dismantled after Portland Junior College leaders Dean Luther I. Bonney and Board of Trustees Chairman Raymond S. Oaks purchased the last of the Deering Estate.  The barn, which was once the fine carriage house of the Deering Family, was still in good enough condition to be employed by the school and served as a number of facilities for the enrichment of the students over the course of decades.  The barn was finally disassembled in 1988, though the school maintains significant documentation of its location and its importance to the school.

Campus Description. University of Southern Maine. Accessed July 21, 2017. https://usm.maine.edu/library/specialcollections/campus-descriptions-portland. Source of a photo and some basic information on the Barn