A nature preserve and historical area, Adkins Arboretum preserves the natural and human history of the forested areas along the waters of the Eastern Shore. The Arboretum opened in 1980 with the goal of being a state-operated arboretum adjacent to Tuckahoe State Park. The self-supporting garden has been owned by the state of Maryland since 1998. The garden is a staple of the Eastern Shore as it contains over 600 native plant species. The arboretum is located in wetlands that were once used by runaway slaves and includes historical markers related to the Underground Railroad. It is one of 36 historical sites located along what is now referred to as the Harriet Tubman Byway. These historical markers demonstrate how geography, topography, and nature were central to the effort of slaves to escape from area plantations.

The arboretum provides a number of signs that interpret the history of the area as it relates to the experiences of escaped slaves. 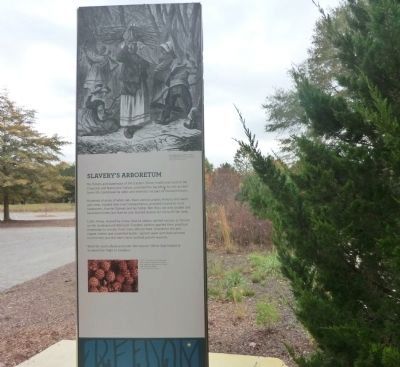 One of many grasslands within the arboretum.

The arboretum includes wetlands that are a critical part of the natural environment and deterred slave catchers during the 18th and 19th century. 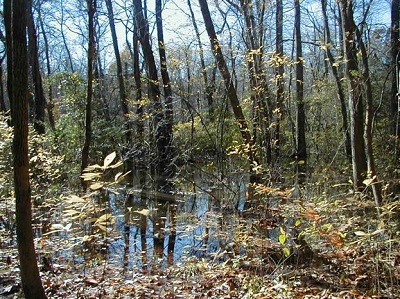 The Arboretum is located in the midst of hundreds of acres of Black walnut, poplar, hickory, white oak, and sweet gum trees situated within walking distance of rivers that provided vital transportation needed to provide income to residents. The historical markers located within the Adkins Arboretum gives visitors an inside look at the harsh realities endured by escaped Black slaves. Escapees found ways to use these wetlands to evade slave catchers and they lived off of the land to survive.

The Arboretum portrays the ways in which former slaves adjusted to these conditions by discussing the connection between geography, nature, and the Underground Railroad. For example, fruit trees provided food and tree resin provided pain relief to lesions. At the same time, Greenbrier thickets cut their clothing and their skin.

In addition to experiencing the natural beauty of the arboretum, historical markers allow visitors to consider the experience of runaway slaves and the role of nature and topography in the larger history of the Underground Railroad. There are also signs that highlight the natural life found within the Eastern Shore area of the United States. Guests will be able to see different plants in bloom dependent upon when they schedule their visit. In the winter months, guests can expect to see trees such as the eastern red cedar, sweetgum, as well as swamp rose mallow. In the summer months, guests can see a variety of flowers as well as fruit-bearing plants which provided key survival nutrition.