This image depicts young men at the facility in the shop at around mid-century. 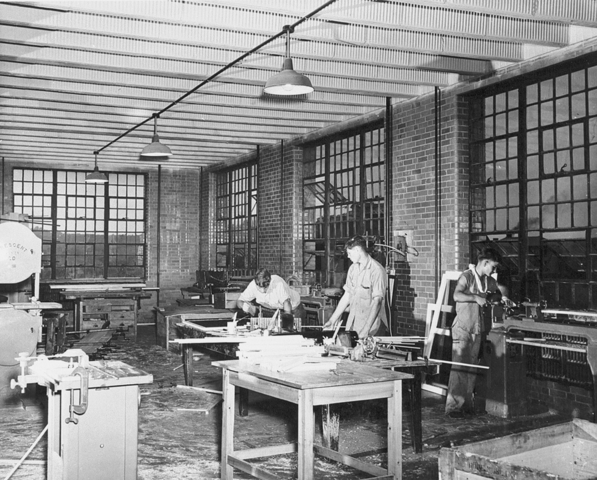 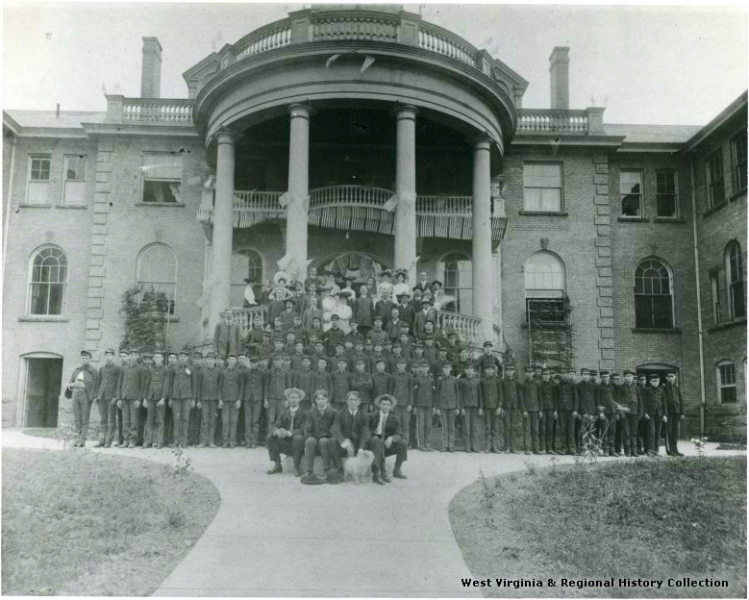 This historical marker for the "Industrial School for Boys" can be found on the premises of the institution. 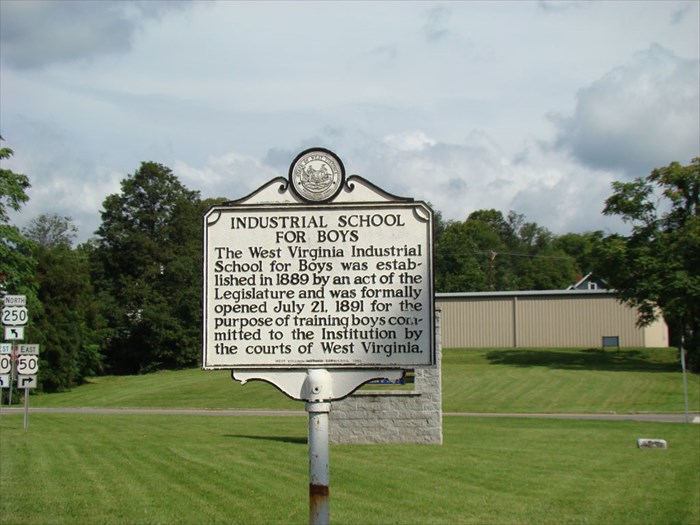 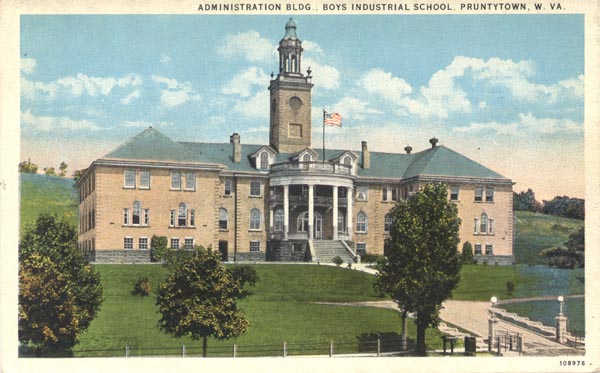 By legislature passed in 1889, The West Virginia Reform School was established to serve as a mental and moral reformatory school, taking in boys from ages eight to eighteen years old. Originally, boys as young as six were housed, but in 1914, the legislature established ten as the minimum age of admittance. The goal of the school was to make each boy who struggled with troublesome behavior into a well-rounded, well-established citizen by using military-style disciplinary tactics.

Both colored and white males were admitted to the school, and though their cottages and dining facilities were separated, each male had the same care and rights. They were grouped further by age and mental capacity. The State Industrial School for Colored Boys eventually opened at Lakin in Mason county in 1922 as racial segregation became more common in institutional facilities. All colored males were then moved to the Lakin school, which eased the overcrowding dilemma the facility in Pruntytown faced.

Boys could be admitted under several circumstances: by an order of the court in response to complaints of misconduct beyond parental or guardian control, or for the conviction of a felony or misdemeanor. Parents or guardians could also pay a monthly fee to admit a youth to the facility for temporary restraint and reform. The West Virginia Reform School taught trades to the boys, such as shoemaking, blacksmithing, plumbing, engineering, and coal mining so that upon release, the youth could acquire jobs that would benefit both themselves and society. The boys were required to attend primary school until the eighth grade. A heavy emphasis was placed on a well-rounded education and skills training for the boys.

From its opening on July 21st, 1890 to January 1907, fourteen hundred and fifty youth were enrolled in the facility. A term of two years was the base for each of the boys' commitments, but for good behavior and academic progress, a boy could be granted a leave of absence after eighteen months. After a year of good community behavior and communication with the superintendent, a boy could be honorably discharged. The facility saw few returns after honorable discharges, and typically, a majority of the boys were successful in their re-integration to society.

In the 1970s, movements to change youth reform and incarceration caused the eventual closure of the facility, as West Virginia court decisions stopped the commitment of youth who had no criminal records of specific crimes. The population dropped dramatically from around 250 boys to 52 boys, who were then moved to the Industrial Home for Youth in Salem after the West Virginia Reform School in Pruntytown closed. The Pruntytown Correctional Center was established on the site in 1985, where adult male inmates' task was to restore and renovate the center, which today can house 369 male inmates. From 1988 until 2007, the facility was co-ed, until all women moved to the Lakin Correctional Center.