Richard Nixon arrived in Janesville in 1966 after experiencing some bumps in his poltical career. After losing the presidency to John F. Kennedy and then the governorship of California, much of Nixon`s activities centered around campaigning for the Republican party and collecting funds. In his visit to Janesville, he was beginning his tour across the states and vocalizing support for Henry Schadeburg, who was running for Congress in Wisconsin. At the time Nixon was refraining from addressing the 1968 presidency, yet he was quickly becoming popular potential candidate for President of the United States. 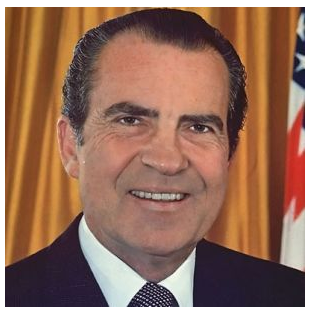 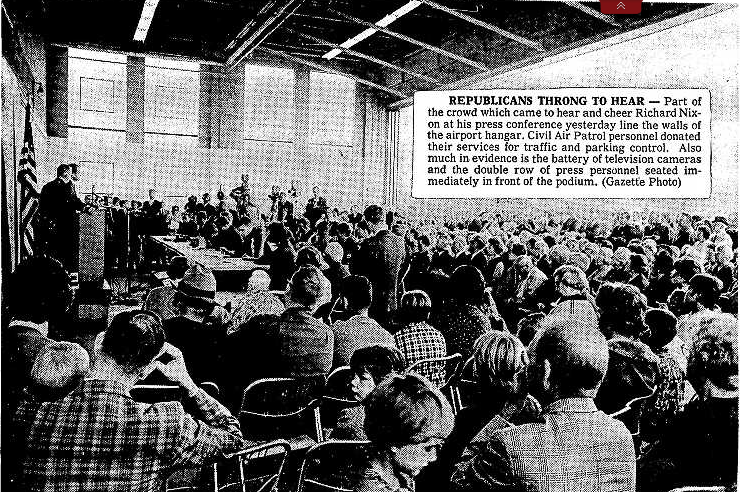 Before announcing his run for president in 1968, Nixon was very critical of President Johnson`s administration, especially as it related to the Vietnam War and inflation. His tendency to "walk the line" and portray a stable image to the American public insured his victory during the turbulent protests of the mid 1960s. Highlights from Nixon's first term include the ending of the Vietnam War and his New Federalism point of view. His second term as president in the 1972 was corrupted by the stain of the Watergate Scandal, which led to his resignation to avoid federal criminal charges. In his retirement, the former President worked hard to regain a positive public image and published several books before his death in 1994.