George Taylor, Signer of the Declaration of Independence

One of the signers of the Declaration of Independence, George Taylor came to America as an indentured servant in 1736. Taylor rose to wealth and status as an ironmaster, and during the Revolutionary War, he provided essential supplies such as cannon balls to the rebel army. Taylor experienced failing health during the early years of the Revolution and passed away in 1780.

This historical marker commemorates the life of George Taylor, one of 56 men who signed the Declaration of Independence. 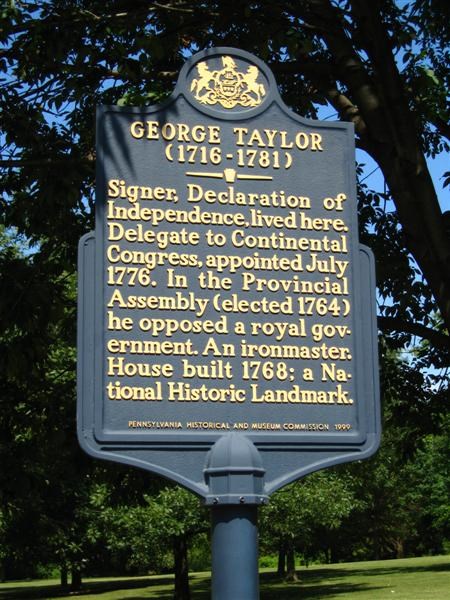 George Taylor was an indentured servant who became an influential colonist in Pennsylvania. 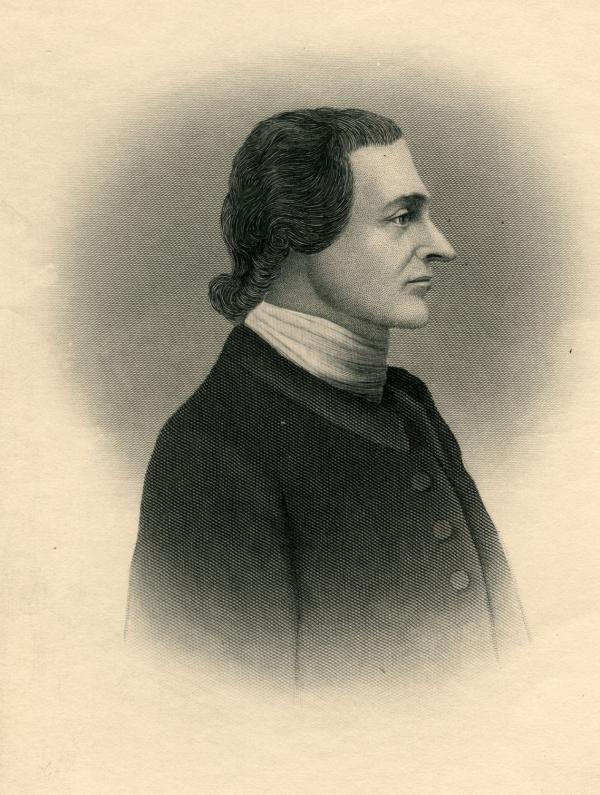 Taylor worked in the iron forge and also served as a bookkeeper for Samuel Savage. When Savage died, Taylor married his widow and took over the business. Within a few years, Taylor became a county official and was participating in civic life alongside other ambitious men on the make. Ownership of a prosperous forge and connections within Bucks County provided the contacts necessary for Taylor's election to Pennsylvania's colonial assembly in 1764.

Taylor was an early advocate of separation from England and secured a contract with Pennsylvania's militia for cannon balls even prior to the meetings of colonial leaders that culminated in the Declaration of Independence. Given his support of the movement, his membership in the colonial assembly, and his appointment as an officer in the Pennsylvania militia, Taylor was a natural choice to replace loyalist appointees to the Continental Congress following their forced resignations in July 1776. Appointed to represent Pennsylvania in the Continental Congress on July 20, 1776, Taylor signed his name to the Declaration of Independence on August 2, 1776.