Though surrounded by modern skyscrapers, Antioch Missionary Baptist Church remains an enduring landmark for Houston's African American history. Built in 1879 after four years of construction, Antioch Missionary is the first and oldest black Baptist church in Houston. Its first minister was John "Jack" Henry Yates (1828-1897), who was an influential member of the city's African American community. He was born into slavery but was finally freed in 1865 after emancipation was enacted in Texas. The church building, which is listed on the National Register of Historic Places, is a simple Gothic structure featuring a tower and stained-glass windows. 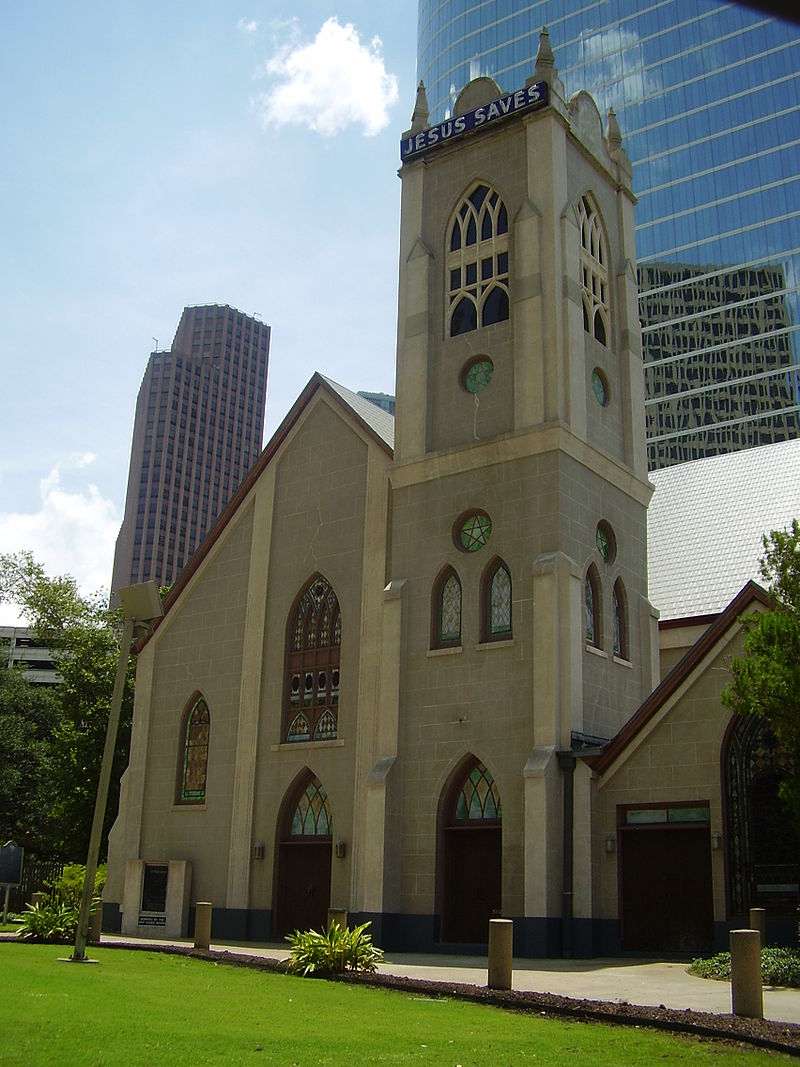 Jack Yates was able to significantly improve his economic and social standing after emancipation. In addition to becoming a minister, he became involved in real estate investment and encouraged others in the community to do so as well. He got involved in politics, serving as an alderman and in the Texas legislature. He also helped establish the Houston Baptist Academy in 1865, which would become Houston College, the forerunner of Texas Southern University. At the Academy, students would learn basic subjects but also skilled trades, which helped them start their own businesses. In this and other ways, Yates played an important role in improving the African American community's economic and social situation in Houston.