Senator Kennedy visited Arrow Park in April of 1959. The speech he gave here (and visit with the public) was a part of a campaign to gain support for the Kennedy-Ervin bill, which sought out labor reforms. Such reforms, Kennedy stated included "minimum standards of union democracy" and "strict accounting and reporting of all union funds so that all members will know how their dues are being spent". He hoped to end the massive corruption that was a hallmark of organized unions. Kennedy`s popularity before he began campaigning for the Presidency was obvious as it was reported that more than 750 citizens attended the event. This might be due to the large Irish population that made up Janesville`s communities at the time. 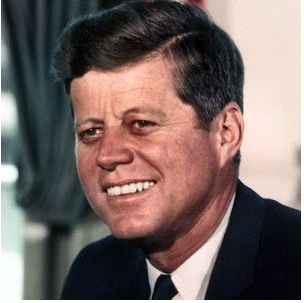 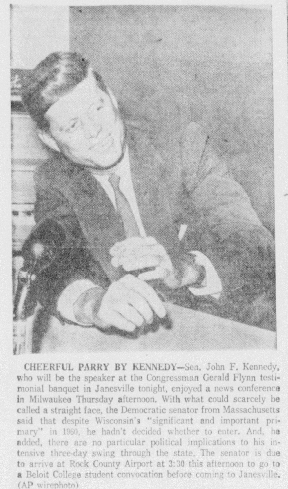 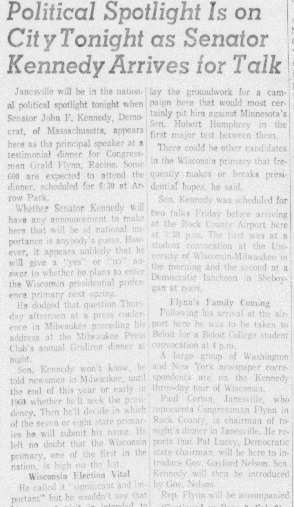 John F. Kennedy entered the political sphere after serving in the Navy during World War II. Elected in 1961, his presidency is well remembered for the emphasis he placed on the Civil Rights movement, lowering income taxes, and the slowing of the nuclear arms race after the Cuban Missile Crisis. He was the youngest President to die in office in when he was assassinated in 1963.