The church was completed in 1923. It was designed by renowned Pittsburgh architect Edward Weber, who also built the Cathedral of St. Joseph in East Wheeling and the Sacred Heart Catholic Church in Bluefield. A Wheeling News-Register article from 1924 states, “The simple beauty of the Church exterior is achieved by the strict adherence to the old Lombardic type of architecture.” The Corpus Christi School at 1506 Warwood Avenue was built the same year as the church, while the rectory at 1512 Warwood Avenue was built in the Colonial Revival style in 1920. The Corpus Christi Parish Center across the street was the former site of Town and Country Dairy. 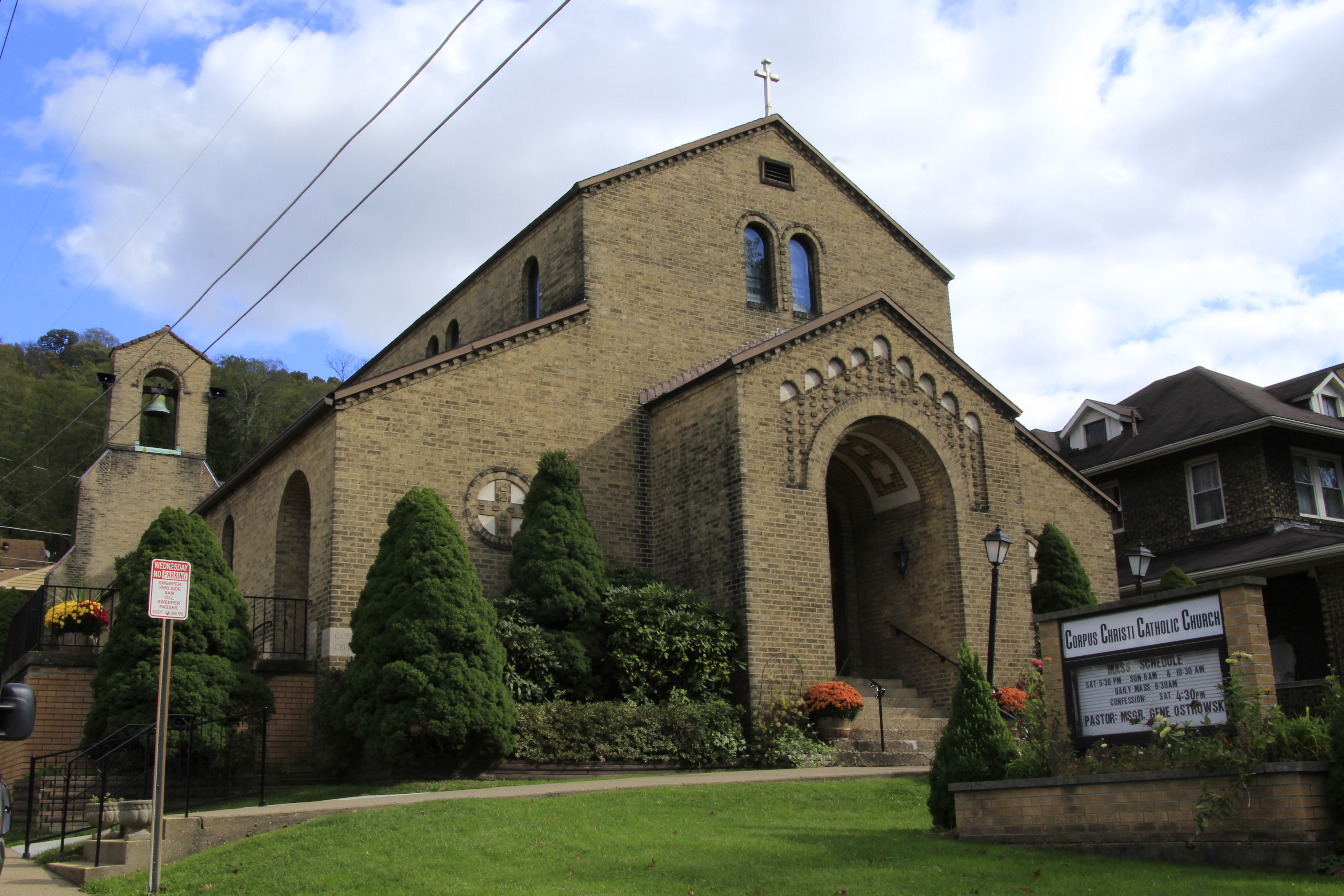 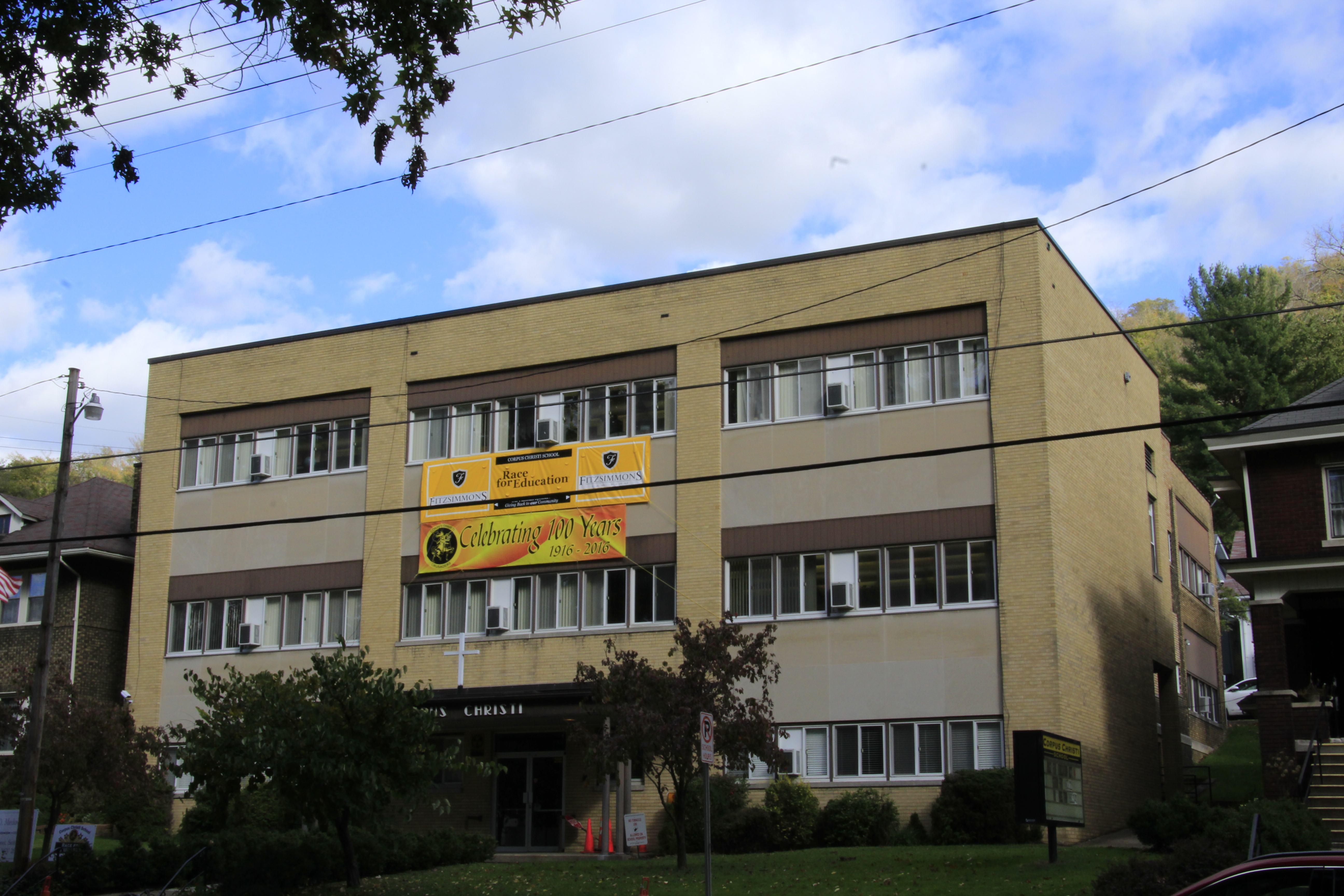 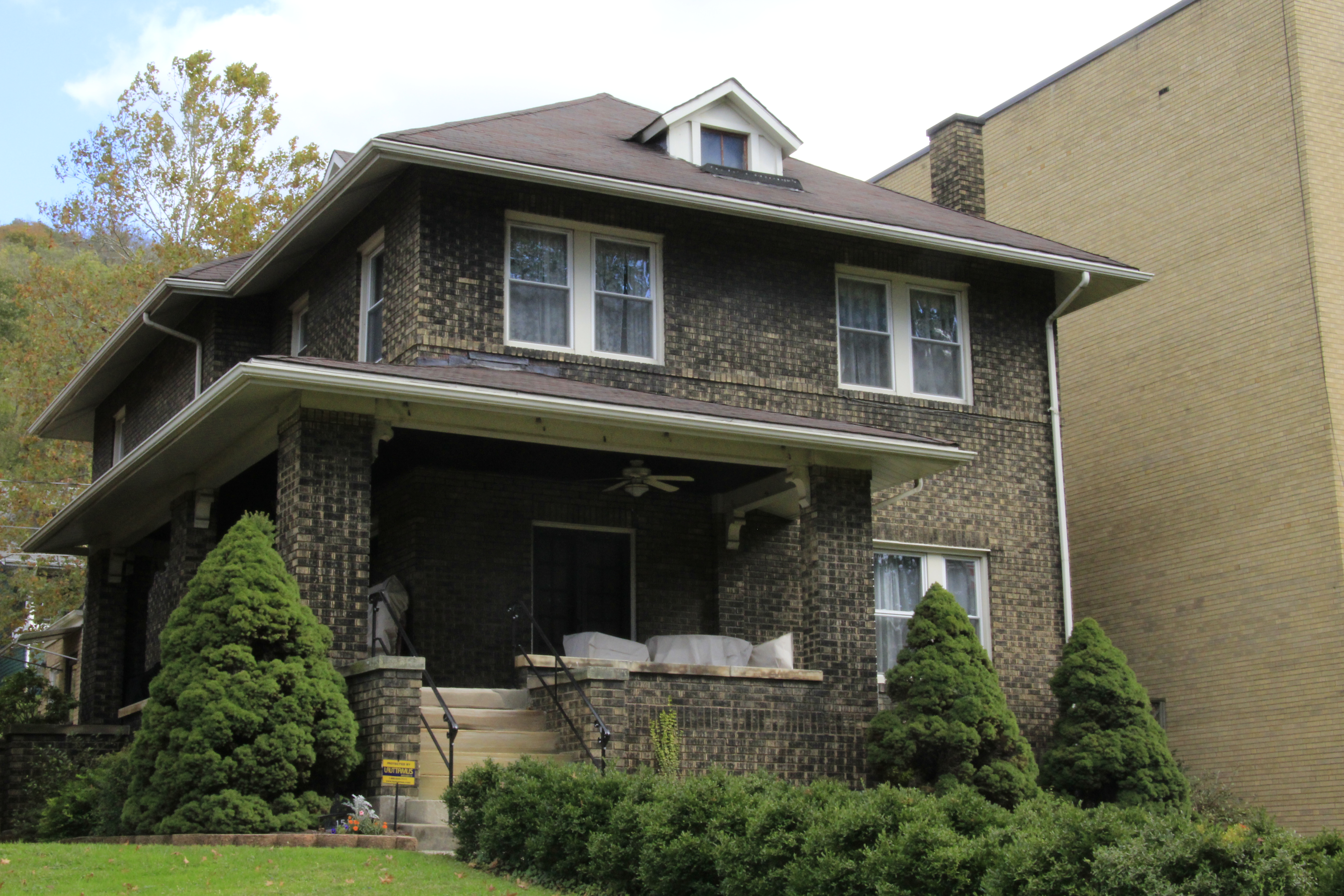 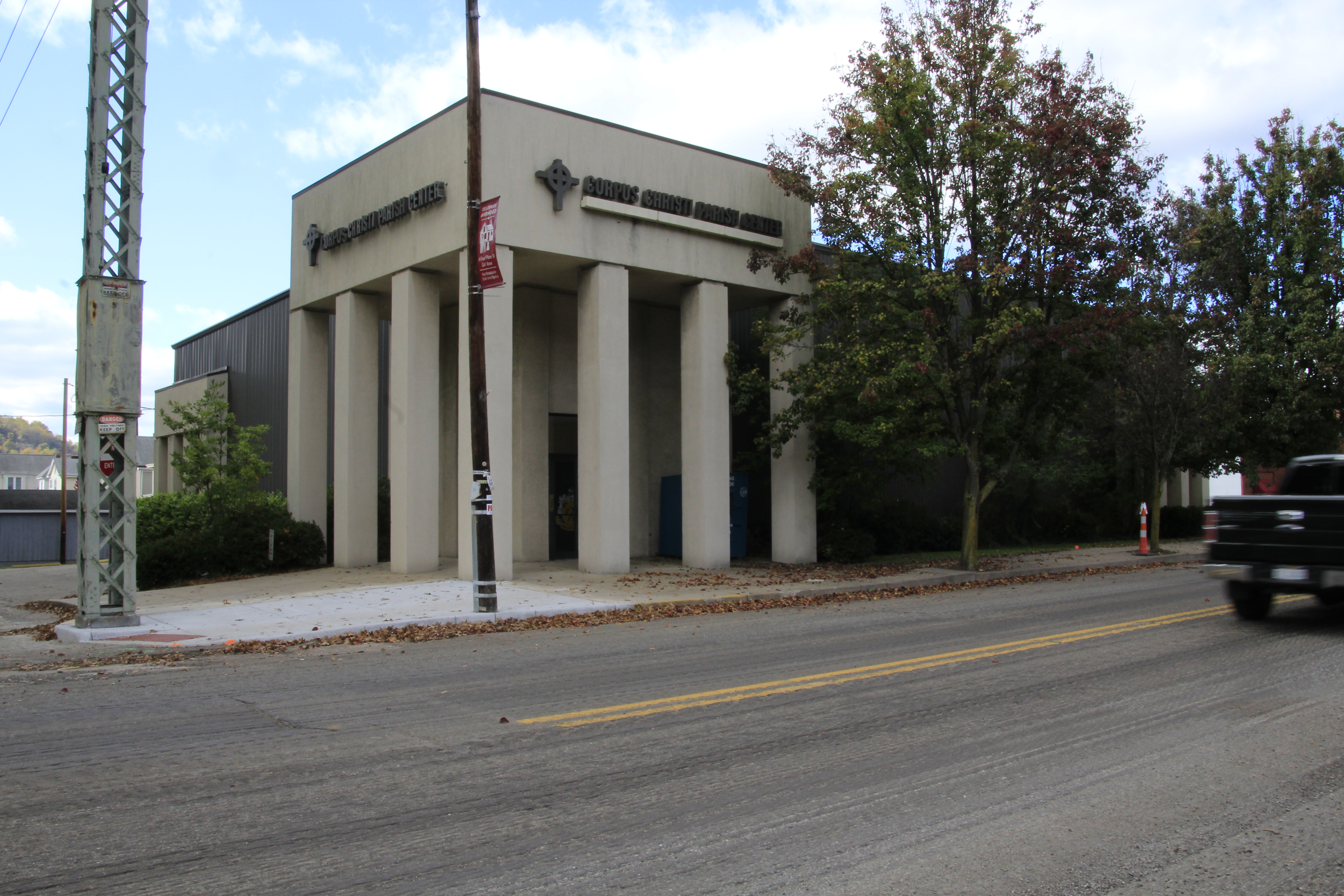