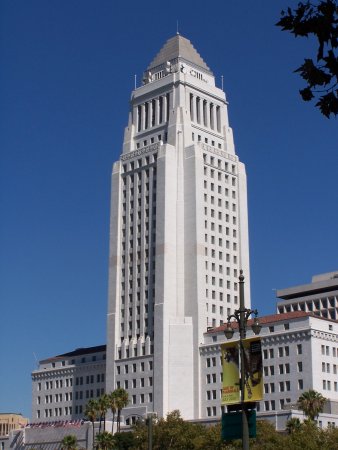 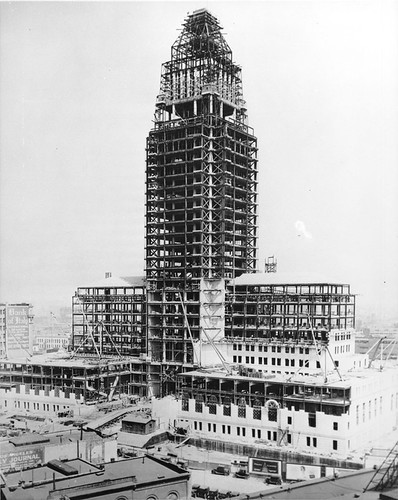 The Cornerstone for City Hall Being Laid, 1927 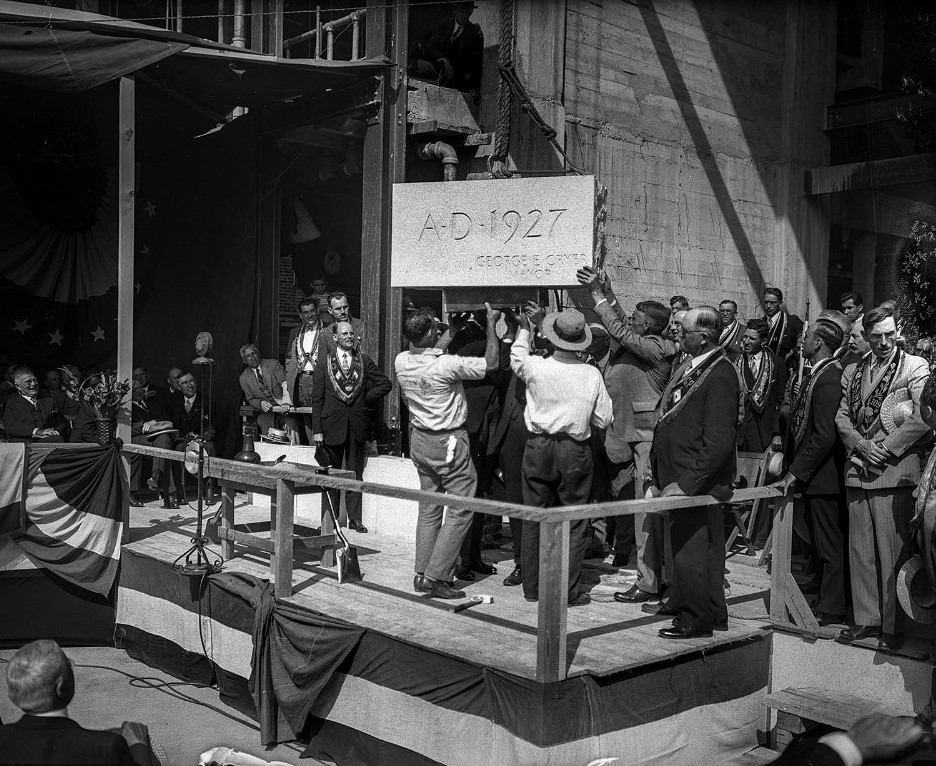 View of the Los Angeles City Hall Under Construction, ca. 1927 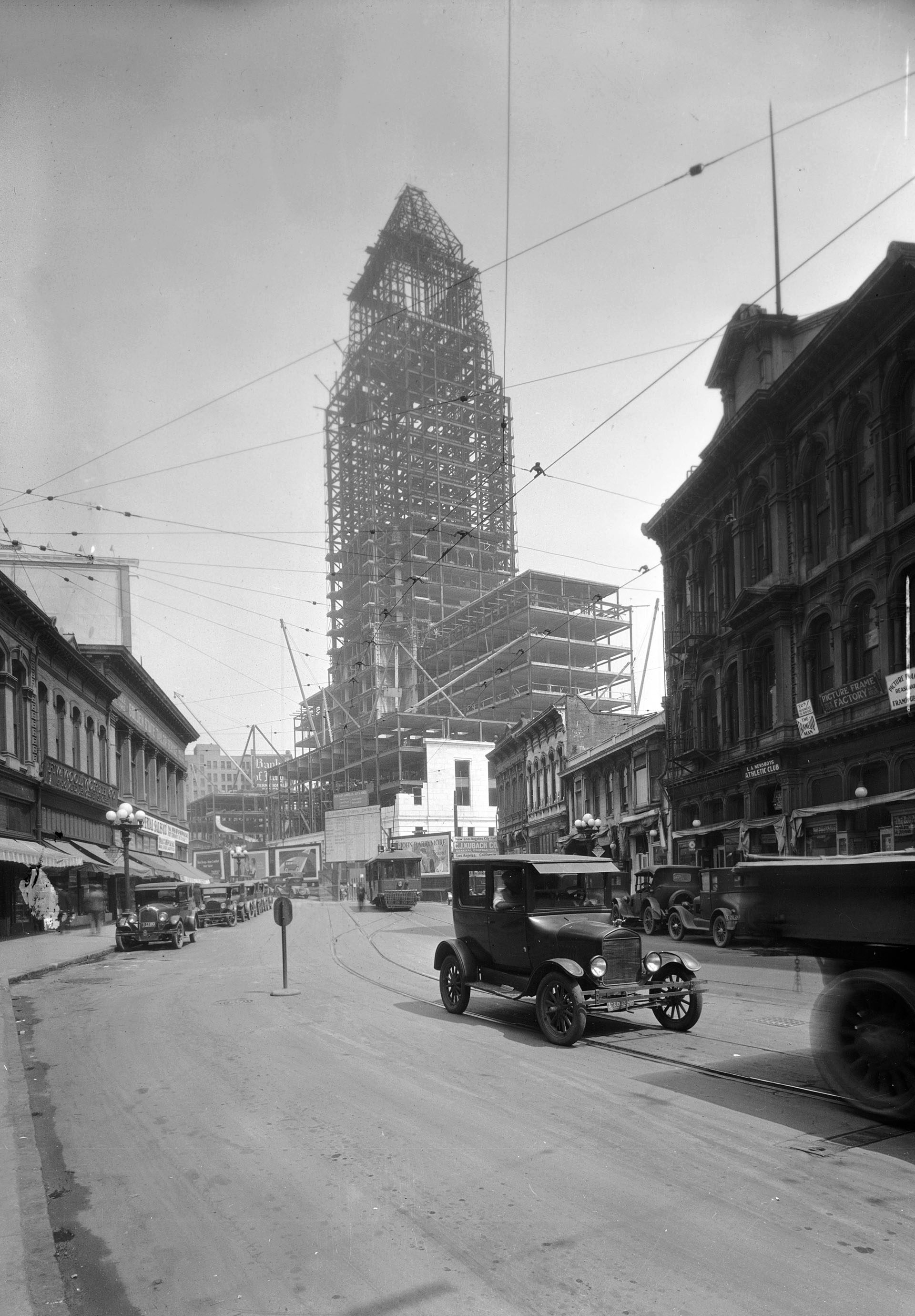 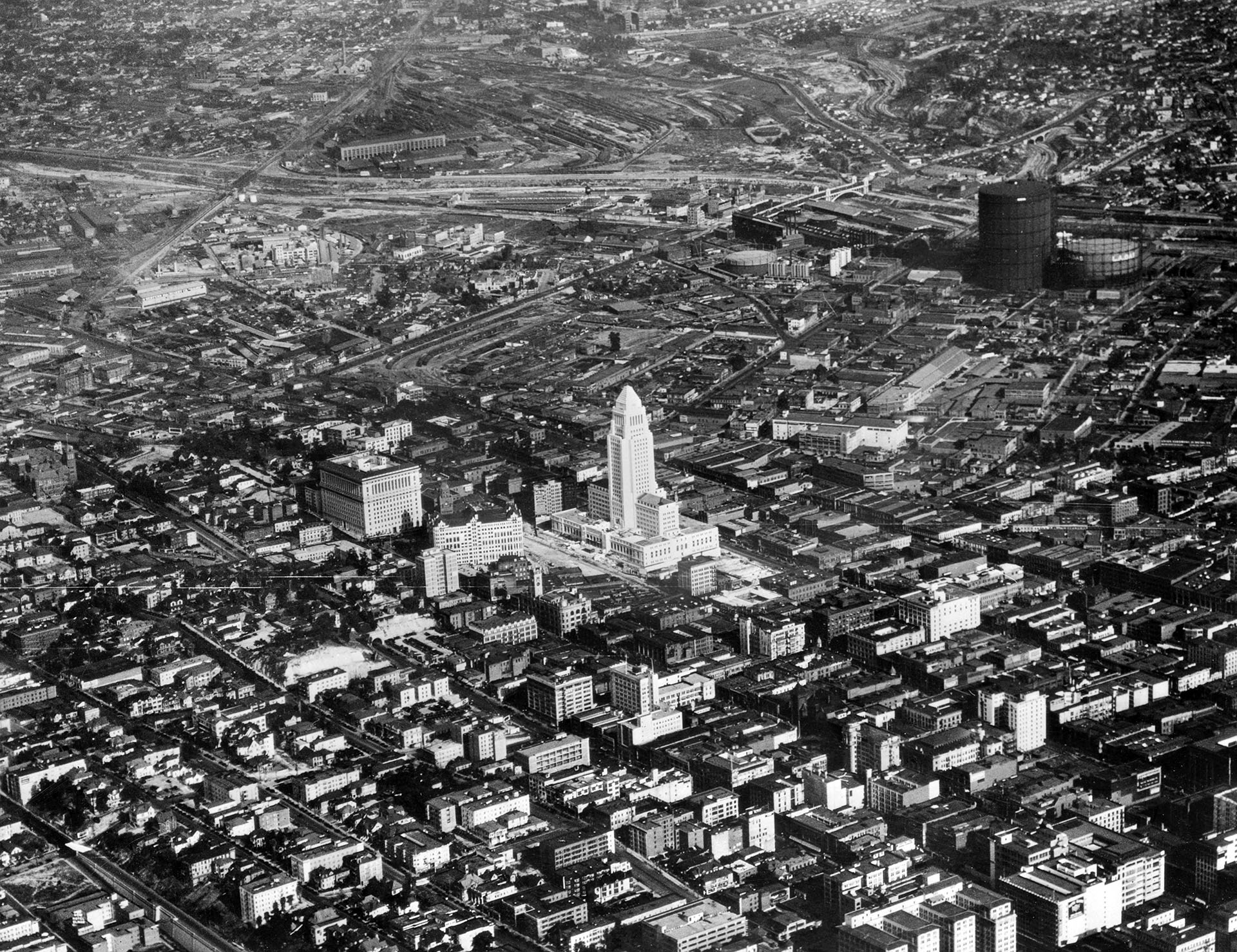 The Rotunda Inside City Hall 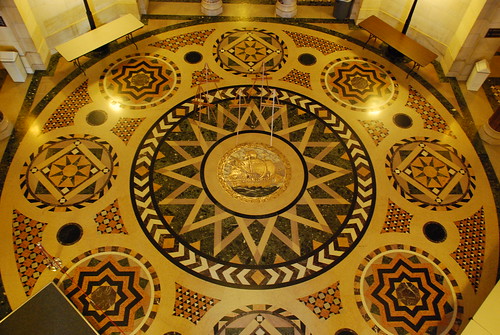 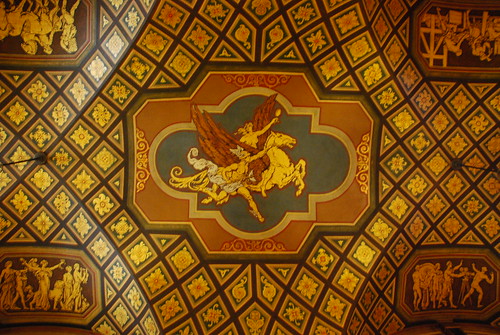 Columns Surrounding the Rotunda, All Made of Marble 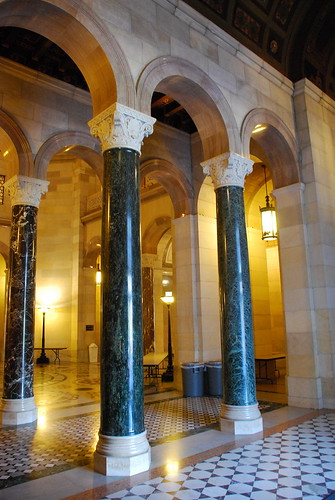 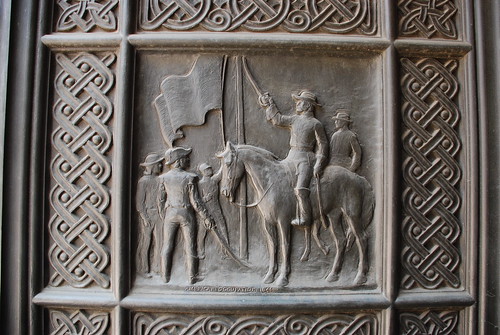 The Daytime Dedication of the City Hall, 1928 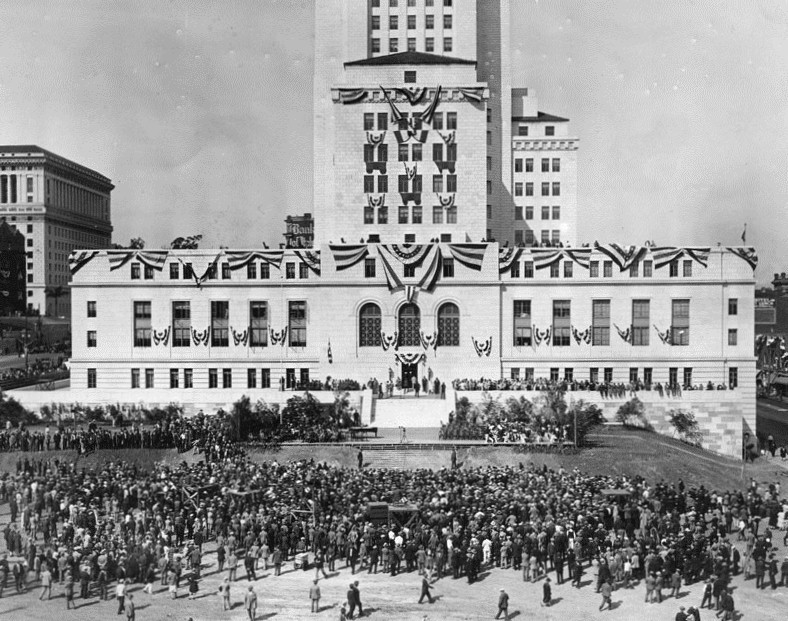 The Los Angeles City Hall is one of the most recognized landmarks in the City, and it is even featured on all official City documents. In 1925, three top architects in the Los Angeles area, Albert C. Martin, John Parkinson, and John C. Austin, received the commission to design and construct City Hall. Austin oversaw the general administration of the project, Parkinson the architectural design, and Martin the structural design. The new building replaced the City's government headquarters that was built in 1889. On March 4, 1926, ground was broken for the building, and less than two years later, the Superior Court of Los Angeles County became the first agency to occupy the building.

City Hall was officially dedicated on April 26, 1928. Entertainer Sid Grauman oversaw the dedication, and over 15,000 people attended, including the the mayors of Los Angeles and San Francisco, and Irving Berlin sang. Austin said he envisioned a building best described as "Modern American." There are traces, however, of a classical design seen in the grand columns and the steps at the front. The tower, with a stepped pyramid topping the setbacks, evokes an Art Deco style. Entering the City Hall, there are majestic bronze doors with hand-carved bas reliefs done by Henry Lion that depict major events in Los Angeles' history.

The interior design was done by architect Austin Whittlesey, and connected Los Angeles to other well-known cities such as Paris, Alexandria, and Florence, while also recognizing the birth of aviation and film-making. The predominant feature of the interior is the beautiful Rotunda. There are eight figures on the ceiling that represent: Government, Public Service, Art, Education, Trust, Law, Health, and Protection. When the City Hall was dedicated, a white airplane beacon was put atop the City Hall to honor Charles Lindbergh. However, it eventually became a distraction to pilots and it was changed to red before being taken down entirely in the 1950s. In the 1990s, the original was restored but only shines on special occasions.

At the time of its opening in 1928, the City Hall was the tallest building in Los Angeles and shared the skyline with only a few structures such as the Richfield Tower and the Eastern Columbia Building. That was until 1968 when the Union Bank Plaza was constructed. In 1971, the Sylmar Earthquake cracked the imperial tower and it took another twenty years for a renovation and seismic upgrade. Now the building can withstand an earthquake with an up to 8.2 magnitude.

City Hall has been featured in a variety of pop culture, including:

City Hall remains one of Los Angeles' most treasured landmarks, and the observation deck atop is open and free to visitors to check out exquisite views of the City of Angels.