The General Petroleum Building, which is now known as the Pegasus Apartments, was constructed in 1947 in the Modern architecture style. Walter Wurdeman & Welton Becket were the building's architects and P.J. Walker Co. was the general contractor. The offices were occupied from its opening, in February 1949, until it was eventually vacated in 1994. The building was vacated in 1994 and converted into 322 apartments in 2003 by developers Kennedy Wilson and the KOR Realty Group. Since then it has been used as an apartment block and it was added to the National Register of Historic Places in 2004 based on architectural criteria.

A black and white shot of the building. 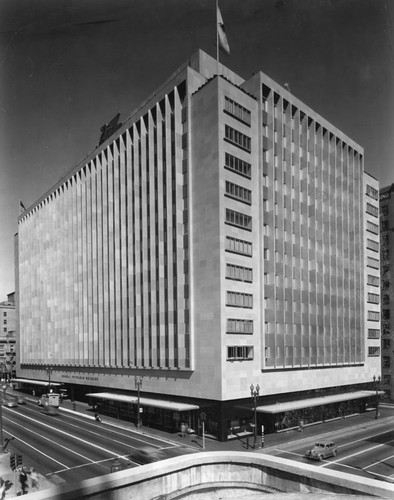 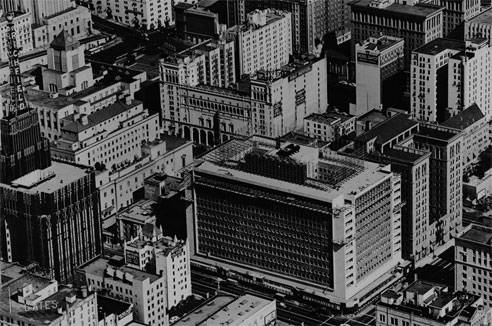 Ground was broken on the 13 story building on July 11, 1947. The construction process was fairly rapid, with the steel frame of the structure completed by the end of the year. Two months later, one of the construction workers, Laurence Leslie, slipped on scaffolding on the fourth floor and fell to his death.

Before it had been completed, the building was sold off the New York Life Insurance Co. who would then lease it back to General Petroleum Corporation. The purchase price was reported by the LA Times as $11,750,000. The building was dedicated on April 1, 1949. At the time it was the largest office building in Southern California. A six-story parking garage made up a section of the building, with enough space for 466 cars.
It remained in use as offices until 1994 when it was purchased by property developers Kennedy Wilson and KOR Realty Group. They converted it into 322 apartments and renamed it to Pegasus, in homage of the red horse that adorned the top of the structure for decades. The building was added to the National Register of Historic Places in 2004.