Originally known as the Superior Oil Company Building, today this 12-story marble-cladded building is this site is the home of The Standard Downtown Hotel. It was also previously the Bank of California Building. It was first constructed in 1956 after being designed by Claud Beelman and William Simpson as an office building and headquarters for the Superior Oil Company. Among the building's design elements were motifs, particular to Superior Oil, including stylized "S" door pulls for the entrances and a bas-relief-style metal sculpture of an oilfield and refinery landscape. In 2003, the building was added to the National Register of Historic Places based on its architecture. 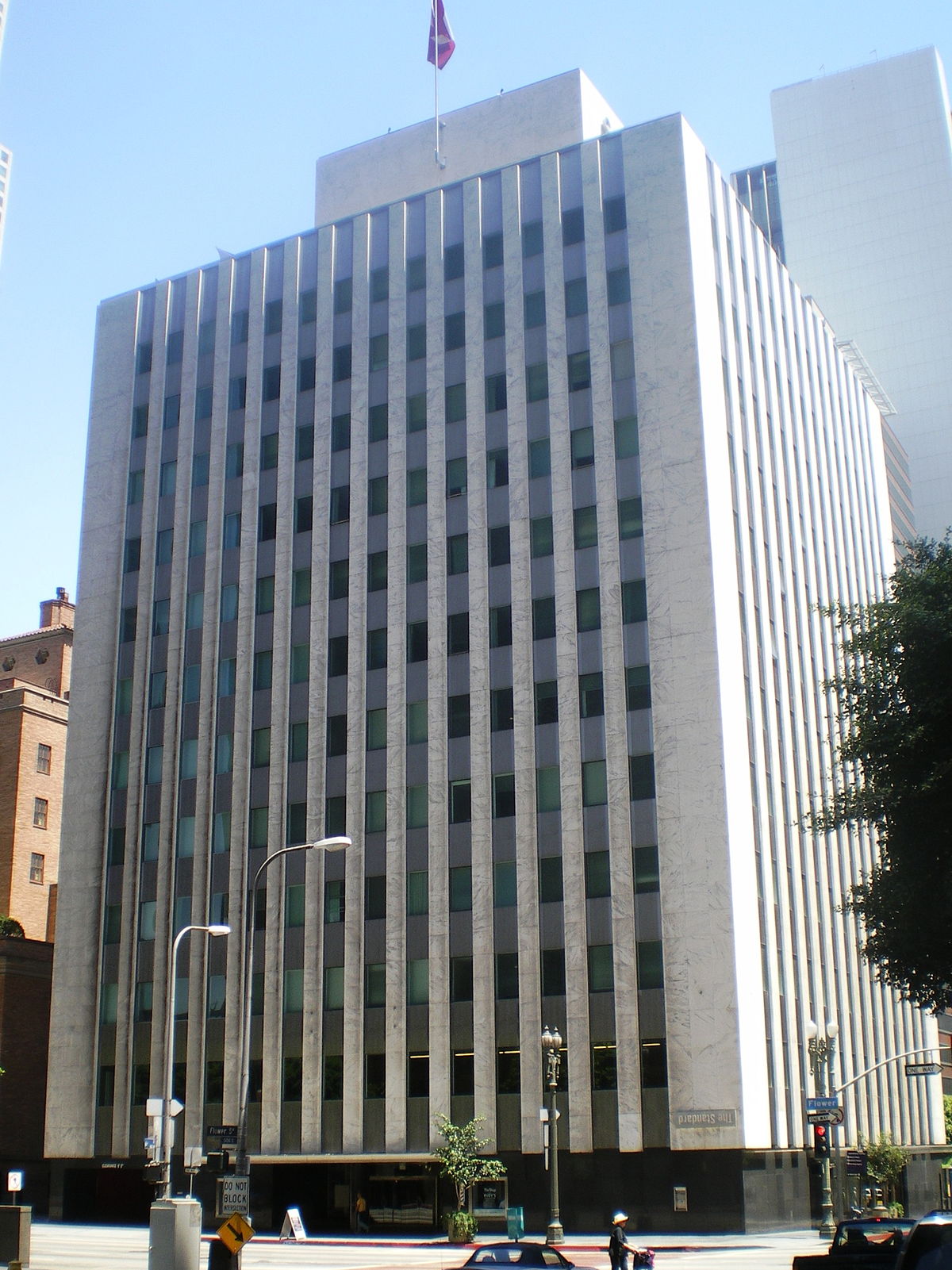 Outdoor rooftop pool at the Hotel. 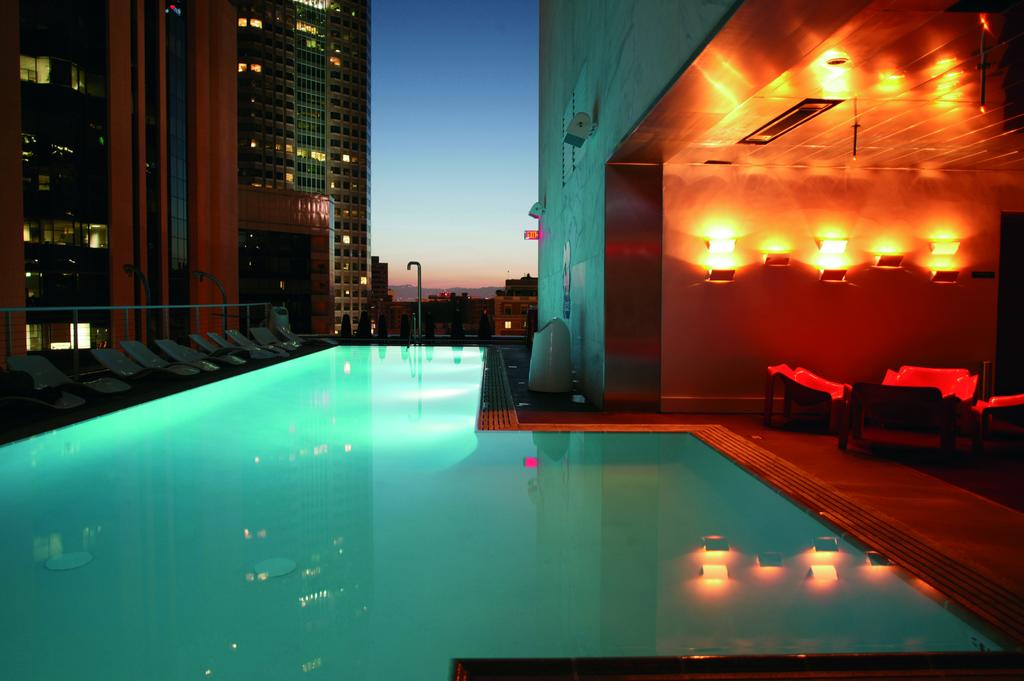 This building has been called one of the finest examples of the Moderne Corporate style and is undoubtedly one of architect Claud Beelman's greatest designs. Beelman was prolific in the 1930s designing and building many innovative office blocks including the Eastern Columbia Building and Hollywood’s Don Lee Mutual Broadcast Studio.

He constructed the Superior Oil building in 1955, in collaboration with builder William Simpson. The design made use of a simplified redefinition of earlier Modernist principles to create a refined new corporate idiom. Twelve stories in height, the steel-framed high-rise uses a pier and spandrel system similar to the one pioneered by Louis Sullivan at the turn of the century.

The building operated as such for almost half a century, but in 2000 it was purchased by William Gustafson and Mark Neumann, from the Columbia Development Group, who planned to convert the office building into a boutique hotel. The hotel was designed by Koning Eizenberg Architecture into The Standard Downtown LA. By 2002 the building had been reinvented, blazing the trail for adaptive reuse in Downtown Los Angeles.