The clay-rich Palouse hills gave rise to a brick manufacturing industry in the early days of Cheney. First established in 1881, it produced the bricks that were used in most of the downtown buildings. The factory closed by 1920. 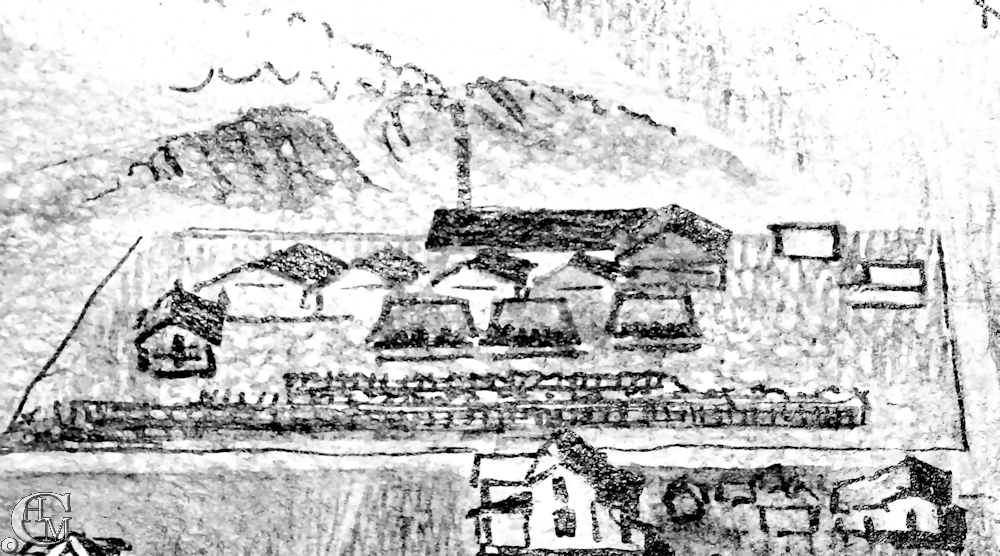 The clay in our Palouse hills gave rise to our own brick manufacturing industry in the early days of Cheney. In 1881, Charles Carreau started a brick making business near the railroad tracks. He dug the clay from the top of the hill and hauled it down to his plant. George Engel joined the business in 1882. It's unclear how they were firing the brick during those first few years, because in 1885 the Northwest Tribune newspaper reported that a brick kiln was under construction.

By 1894 the Oregonian's Handbook boasted that Cheney had a large brickyard that turned out several hundred thousand bricks each year.

Carreau and Engel seem to have given up on the enterprise around the turn of the century. A new group of Cheney businessmen established the Cheney Brick & Tile Company in 1904. The men invested $40,000 to get the company running. The kiln and yard were located on the top of the hill beyond the end of today's G Street. The next year the company reported it was turning out about 2,500 bricks an hour. The company bartered with the city for the water it needed by trading sections water pipe.

In 1912, the brick factory was reporting that they produced 60,000 bricks every ten hours. Most of the early downtown business buildings are made of Cheney brick of varying quality. Even today, business owners say the brick is soft and easily damaged, which may be why, in the teens, new construction started to more often bring in brick from Spokane or beyond. By the 1920s the brick factory appears to have closed, though children well into the 1960s remember "pollywog pond" which was a remnant of the operation.