This area once contained the house that was once the home of one of Jacksonville’s most notable politicians, William Thomas. Thomas was most known for publishing his memoirs in a writing known as “Early Times.” Thomas’s writing is an interesting way for those curious to get a window into the past and examine the towns early history. A plaque is placed in town, honoring his life and legacy.

The stone marker honoring William Thomas. 300 Block of West College Ave, across from the Mason's Building. 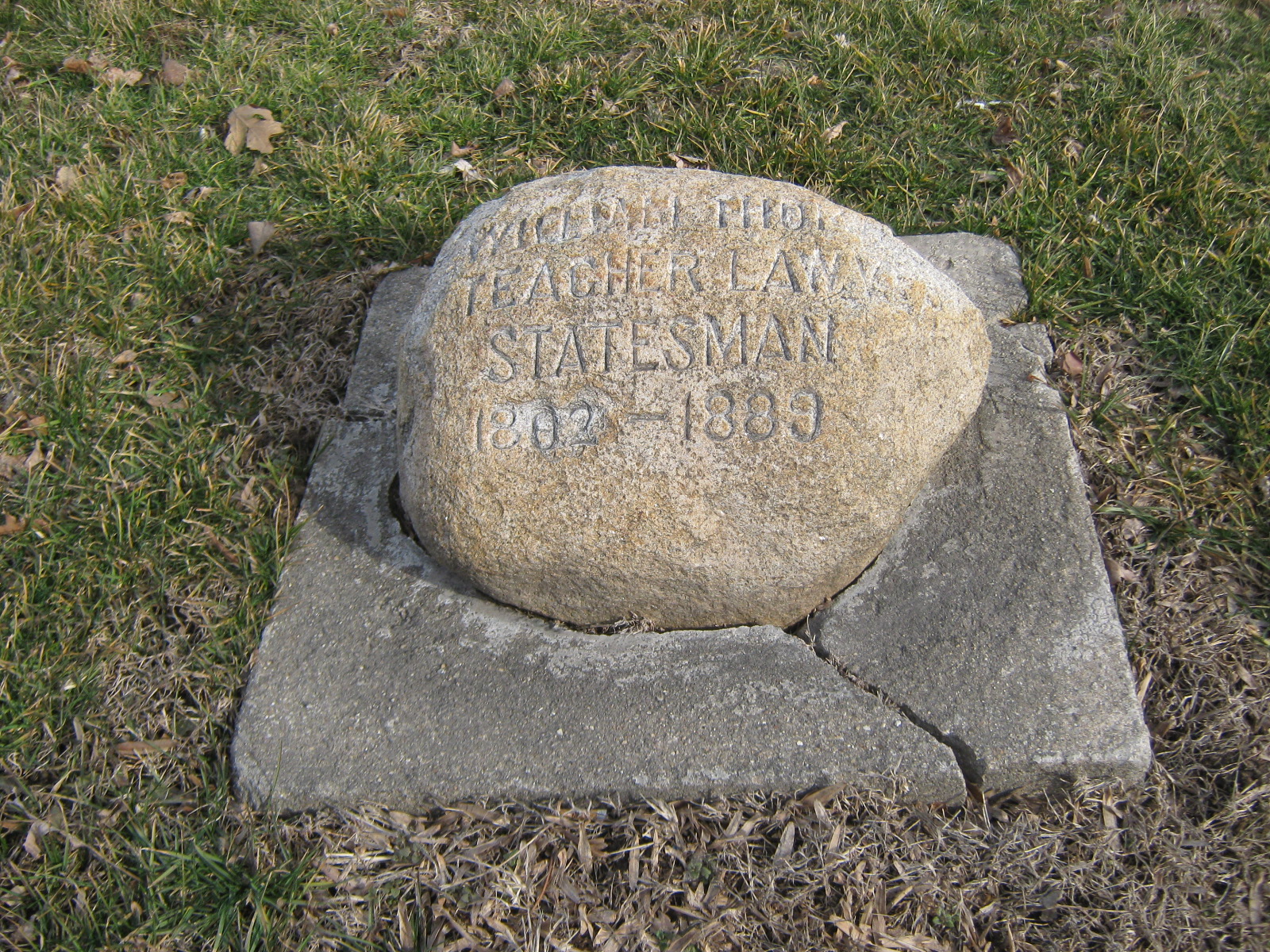 William Thomas was a notable citizen of Jacksonville, Illinois. He served as a circuit judge, member of the Illinois General Assembly, and, later, as a trustee of several state institutions in the Jacksonville area.

Thomas was originally from Kentucky but would move to Jacksonville in 1826-27 to work as a school teacher and lawyer in Jacksonville. On his way to Jacksonville, he visited New Harmony, Indiana., in the Owenite community. In Belleville, he would meet Ninian Edwards, and in Edwardsville he was trained and licensed to practice law by Samuel Lockwood. Thomas took several notes of the people and towns through which he traversed.

Thomas mentioned many different acquaintances and figures in his notes in early Jacksonville and had commented on the split in the town between "Yankees" from the north and east (supporters of John Quincy Adams) and "white people" from the south and west (supporters of Andrew Jackson).

In the spring and fall of 1827, Thomas would practice law in the counties of western Illinois that made up the First Circuit. During the summer months, he once served as a volunteer in the Winnebago War.

Later in life, Thomas’s memoir was published in the April 18, 1877 issue of the Jacksonville Weekly Journal.