Kanawha State Forest is a 9,300-acre recreation area located near the community of Loudendale, West Virginia, which is about 7 miles from downtown Charleston, West Virginia. The forest was home to one of the job-relief Civilian Conservation Corp project sites, Camp Kanawha, from 1938 to 1942. In 1993, the Kanawha State Forest Historic District would be listed on the National Register on the merits that the buildings and structures within it were monuments to the Great Depression and the CCC. It is managed by the West Virginia Department of Natural Resources, and while still classified as a "state forest," the West Virginia Legislature has directed that the facility be managed as a state park. 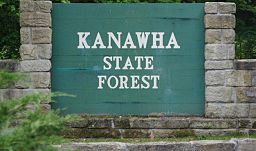 One of the Kanawha State Forest's picnic shelters. 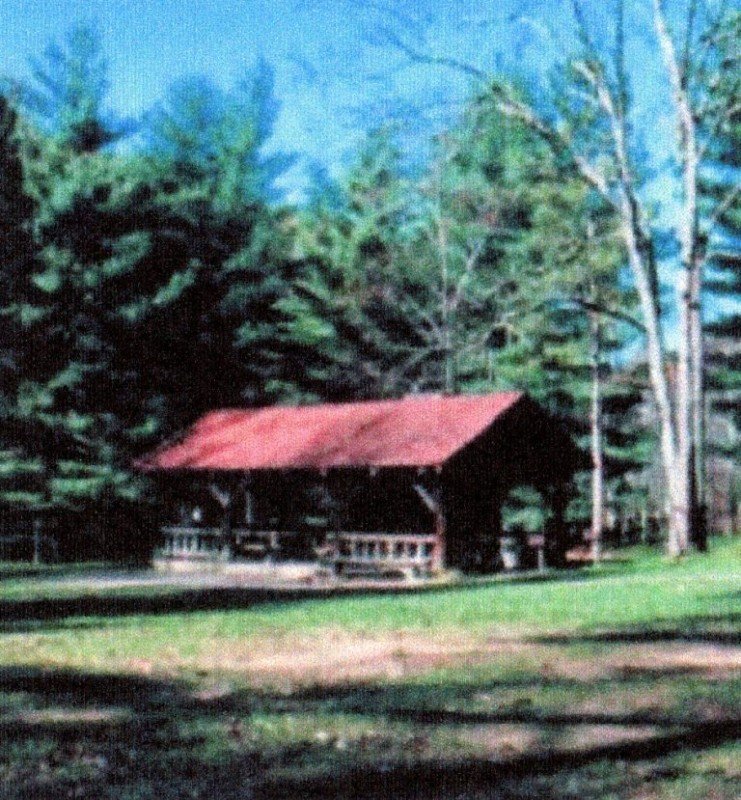 Part of the CCC's fleet of trucks used to mobilize Camp Kanawha. 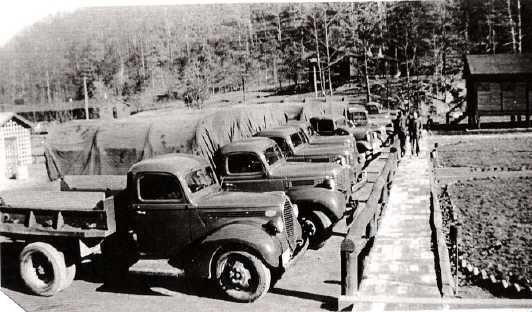 The early years in the late nineteenth century of what would become the Kanawha State Forest were occupied mostly by industrial interests, mining and timber particularly. From the late 1800s to the early 1900s, the Black Band Iron and Coal Company operated in the area on a 3,500-acre section near the mouth of Davis Creek. The coal company was owned by Anheuser-Busch Brewing Company, who also operated a mill that produced staves for their beer barrels in the forest. From 1888 to 1907, Black Band would open several mines in the forest before closing up shop. To aid in transporting the coal the Kanawha and Coal River Railroad was built along Davis Creek in 1892.

In 1910, a flood had washed away many of the railroad bridges that spanned the Davis Creek. Without the coal mines open, priority to rebuild the railroad was low, and the railroad would not be rebuilt until after World War I. Even then it was only rebuilt to transport some of the mining equipment left behind. In September of 1923, a man named Quince Jones would purchase the land from Black Band. Jones used some of the land to timber and operate a smaller sized coal mine. However, Jones would die in 1933, and in 1936 the title for the 6,705 acres would transfer to Kanawha Valley Bank. A year later the state would purchase the land for use in conjunction with Roosevelt's Civilian Conservation Corp program.

The land was left in poor condition as the industrial efforts simply "made their money here and then they left it." Yet, many of the structures and industrial infrastructure would remain intact and can be found even today in the park. The poor condition of the land made it a prime target for the job relief program known as the CCC. The CCC would begin the Kanawha State Forest project in 1938 as a part of the wider national CCC effort that ran from 1933 to 1942. CCC workers would build their base, Camp Kanawha, at the mouth of Shrewsbury Hollow, where they lived while working on projects throughout the region. About 200 men would be employed at the camp from 1938 until it disbanded in 1942, with the onset of World War II.

The CCC was effective as a job relief program in the area, providing workers with a monthly wage of $30, of which $25 would be sent back to their family, while providing housing and food accommodations for the workers. But the program also was widely successful in restoring the land that had become tarnished from industrial effort. The CCC removed old coal tipples, old industrial equipment, dismantled abandoned houses, built roads, dams, five of the forest's ten picnic shelters, planted trees, and cleared 25 of the forest's 50 miles of walking trails. What was once a "industrial wasteland," the CCC had revived in a highly successful conservation effort. By 1966, the area would be home to 574 species from 292 genera representing 93 families, while about 65 tree species grew in the forest.

In 1993 the Kanawha State Forest would be listed on the National Register, with the argument that the buildings and structures in the Kanawha State Forest Historic District were monuments to the Great Depression years, and to the mandate of the law that created the CCC. “That for the purpose of relieving the acute condition of widespread distress and unemployment now existing in the United State, and in order to provide for the restoration of the country’s depleted natural resources and the advancements of public works…” Today the park advertises numerous outdoor activities from camping, fishing, golfing, geocaching, hiking, biking, hunting, and to swimming among other things.