Bagheera is a two-masted schooner that makes her home port at the popularly visited old port waterfront of Portland, Maine. Bagheera is docked amid hundreds of working vessels, surrounded by some of Portland’s finest restaurants, shops, and markets. Formerly known as the Beacon Rock, Bagheera is one of two historic schooners owned and operated by the Portland Schooner Company, who use the ships to offer scenic sailing tours of the Casco Bay area to visitors and citizens alike. Originally built in 1924, Bagheera’s rigging and lines have been fully preserved. Additionally, a significant percentage of the ship’s original workmanship has been retained.

The Bagheera Schooner in Portland, Maine by Namiba of Wikimedia Commons 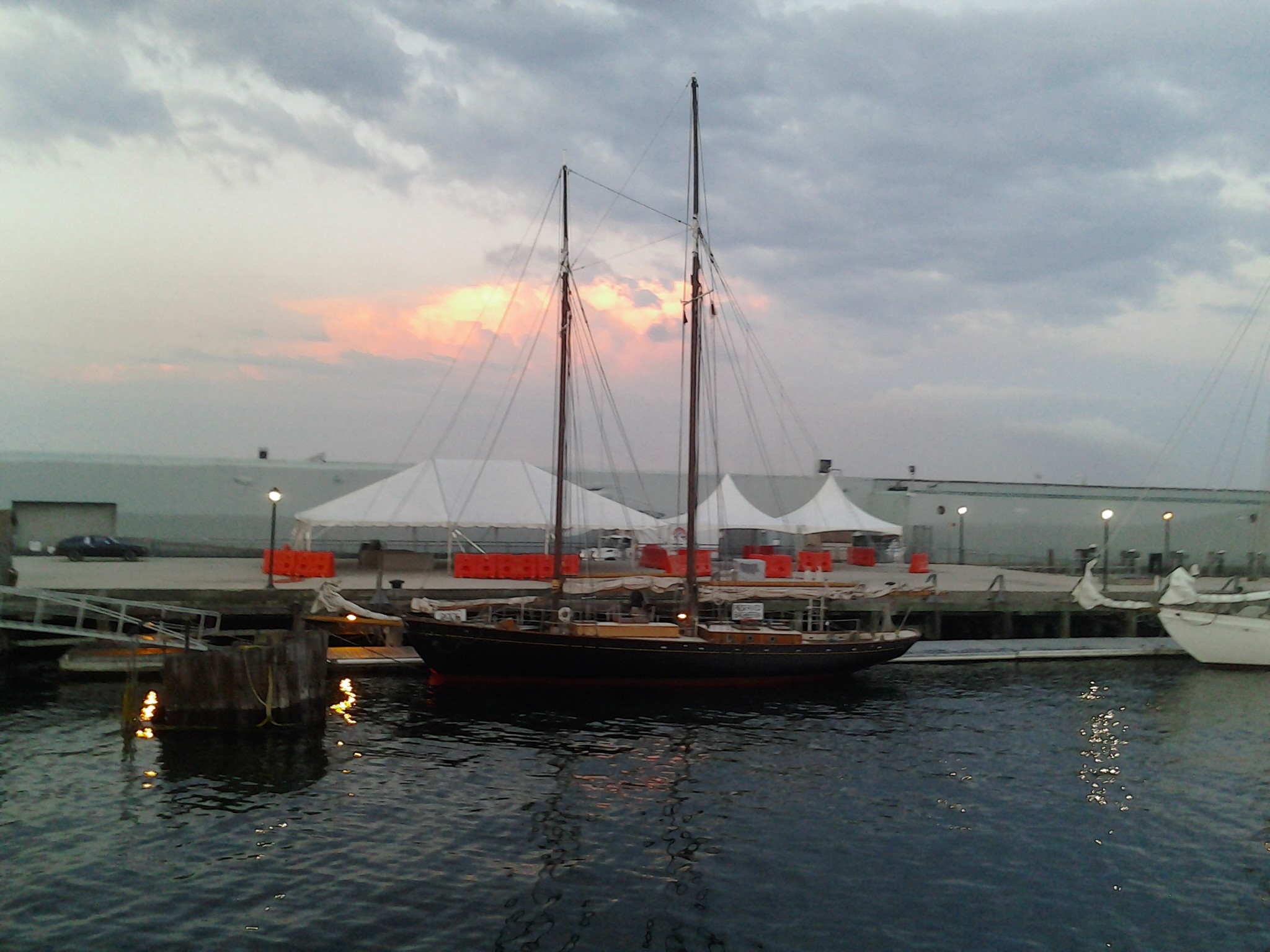 Photograph of the Bagheera by Portland Schooner Co. 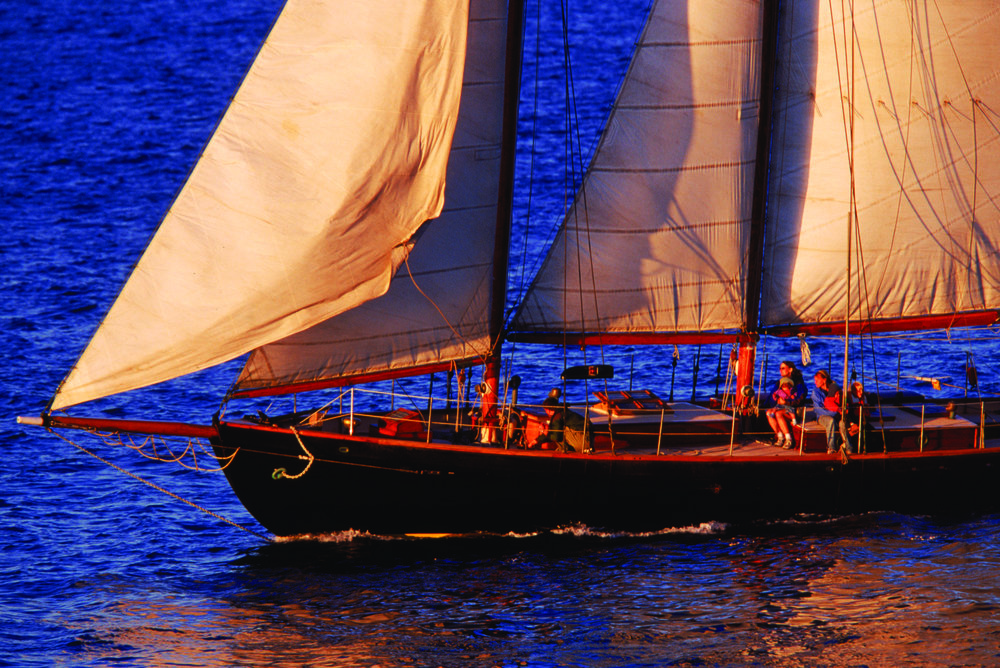 Constructed as a private yacht by the Rice Brothers Shipyard (East Boothbay, Maine) and designed by naval architect John G. Alden in 1924, Bagheera was renamed and repainted with a Black hull in 1928.  Since that year, Bagheera has retained the same appearance.  A ship of considerable size, Bagheera measures in at 72 feet in length with 44 foot foremast and 54 foot aft-mast.  Her wooden construction, formed of white oak and two types of yellow pine, has been largely preserved.  The deck was repaired and replaced by a fiberglass and plywood deck, placed over oak beams.  The original deck was made of tropical hardwood teak planks.

In 1948, Bagheera’s original 1928 rigging was replaced with a Marconi rig until 2004, when the ship was restored to the original design plans.  While the engine that is now housed within the ship is a considerably stronger diesel engine, the original construction did contain an engine; Bagheera’s first engine was a small, low-horsepower gasoline engine.  The crew now maintains a battery bank, radio, and hand-held GPS system in case of emergency, but the ship itself is not wired with any radar systems or mapping systems.

The interior of Bagheera has been largely preserved to its original layout.  The porthole and butterfly windows are originals.  In the aft cockpit lies the original ship’s wheel, and the teak lining of the cockpit still remains intact.  The trim and siding in the interior is original Phillipine mahogany.  Both the head and the master cabin are largely preserved in their original, period style.

Portland Schooner Co. are in possession of two of the original cabin plans created by John G. Alden, and, while certain modifications have been required by the United States Coast Guard, the company has largely attempted to make modifications that preserve the original design of the interior of the vessel.  The original vessel contained some appliances which were replaced with newer designs in 1986.

Bagheera has enjoyed a long and eventful life.  Between the years of 1928 and 1938, while captained by Robert Benedict, Bagheera had a successful racing career upon the Great Lakes during which she won the Mackinac Race twice.  During World War II, Bagheera was conscripted as a training vessel for six months.  Bagheera served as a charter ship in San Francisco, California during the late 1980s before returning to her home state of Maine.  She now serves as a historical tour boat for the visitors and citizens of Portland.