Located at the corner of Lafayette and Webster avenues, this stone marker represents where famed American politician Daniel Webster once gave a speech in Jacksonville, Illinois. While the original elm tree that was used for the speech no longer stands, the marker remains a well-known spot in the community. The late New Hampshire politician’s legacy lives on in the marker, which commemorates his 1837 public address.

The stone monument, resting on the corner of Webster and Lafayette Ave. 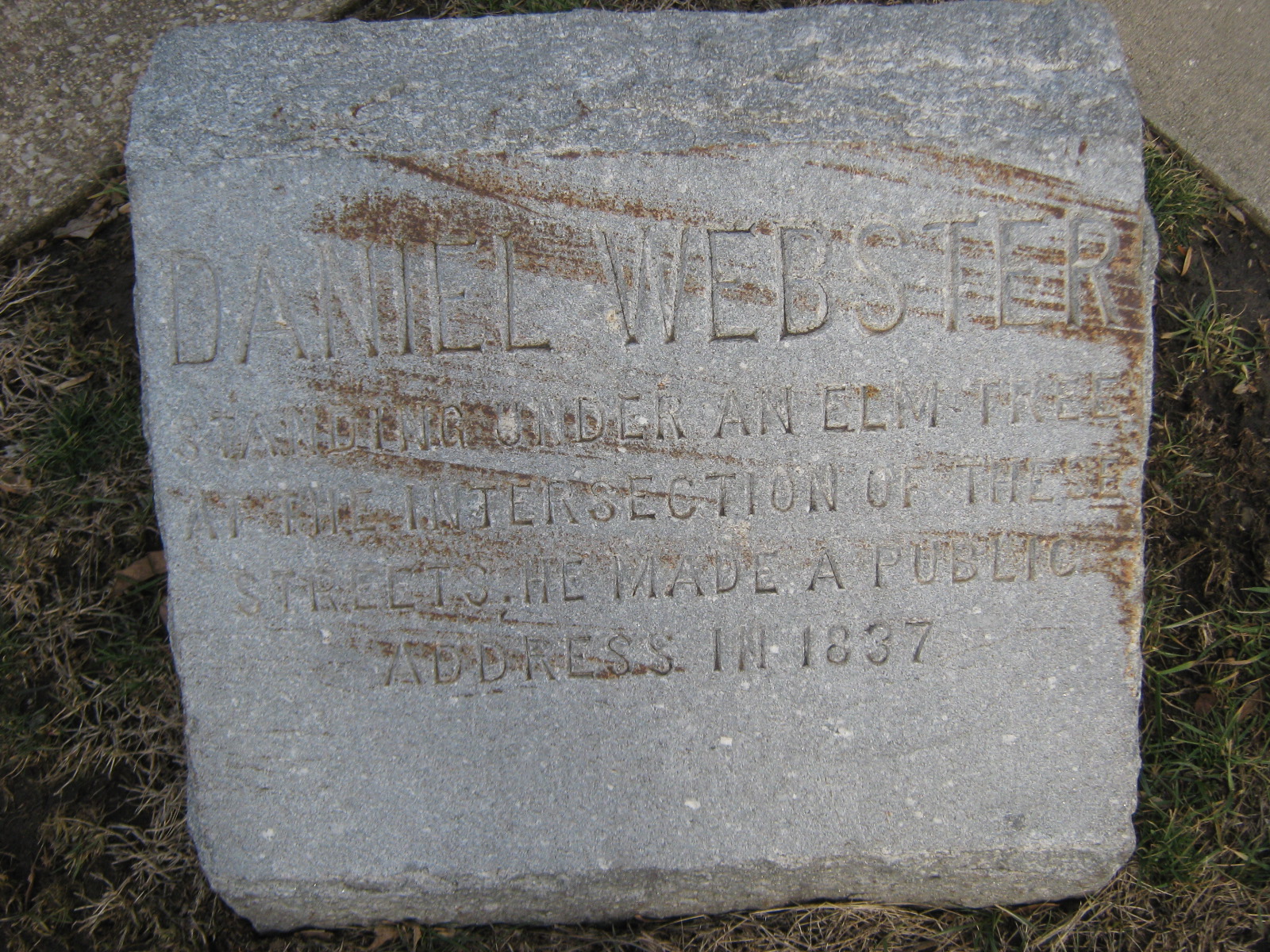 Daniel Webster was a notable American politician hailing from New Hampshire, who served as a Massachusetts senator from 1827-1841 and 1845-1850 as well as a member of the House of Representatives for New Hampshire from 1813-1817 and Massachusetts from 1823-1827. He’s also known for being the 14th and 19th Secretary of State, serving under three different presidents, William Harrison, John Tyler, and Millard Fillmore.

Perhaps one of the most famed politicians of his time, Webster oversaw a multitude of reforms including his work as a diplomat in the famed Anglo-American Webster-Ashburton Treaty of 1842, which not only settled Maine’s borders, and saw the US help to suppress the slave trade, but also included an extradition clause that would go on to become the default model for future treaties. Perhaps one of his most famous feats however was his speech “Reply to Hayne,” in 1830, which is regarded as one of the most famous and eloquent speech’s in the senate’s history.

Although he passed away on October 24, 1852 at the age of seventy, Webster’s legacy lives on. Considered one of the greatest senators in the US’s history, this marker remains a reminder of his famed speeches and orations and serves as a reminder of his time as politician for years to come.