The Sam Rayburn Museum, located in Bonham, Texas, is one of the five divisions of the Dolph Briscoe Center for American History. It is the creation of the man who served as Speaker of the United States House of Representatives longer than any other person: Sam Taliaferro Rayburn (1882–1961). The centerpiece of the Sam Rayburn Museum is a replica of the formal office of the Speaker of the House of Representatives. 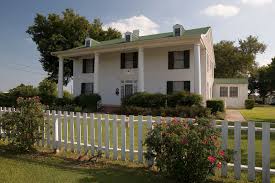 Rayburn's Office Space in the house. 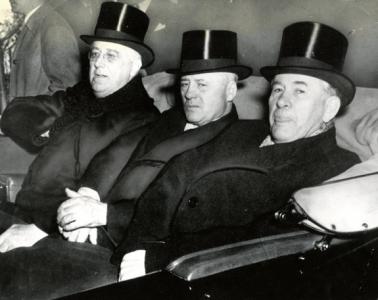 Known affectionately as "Mr. Sam" by his friends and colleagues, Rayburn established the museum in 1957 as a tribute to the people of his cherished Fannin County.

Sam Rayburn served as a congressman during the administrations of eight presidents and participated in the passage of most of the significant legislation of the first half of the twentieth century. He was first elected to office in 1906 at just 24 years old when he won the Texas House of Representative seat. He attended law school at the University of Texas while serving his seat in the legislature. Rayburn was elected to be the Texas House Speaker when he was 29, after serving just two terms.

He was then elected to the U.S. House of Representatives in 1912, the last election in which he would ever face a partisan opponent. At the start of his term, he witnessed the inauguration of Woodrow Wilson in 1913, the first of eight presidents Rayburn would work alongside.

He became chairman of the powerful Committee on Interstate and Foreign Commerce in 1931 and House majority leader in 1937. Rayburn, as well as Vice President John Nance Garner, played a critical role in passing much of President Franklin D. Roosevelt's New Deal.

He was a major influence to Lyndon Johnson before his presidency, acting as a mentor who had served with his father previously in the Texas Legislature. Rayburn was one of the main democrat supporters of The Kennedy and Johnson campaign for the presidency. Unfortunately, Rayburn passed away two years before Johnson assumed the role of President after Kennedy's tragic assassination.

In 1941, Rayburn became Speaker of the House of Representatives, a position he held for seventeen years, longer than any other individual in U.S. history. Except for two brief periods when the Republican Party controlled the House (1947–1948 and 1953–1955), Rayburn continued to serve as Speaker until he died in 1961. In his lifetime, Rayburn served as minority leader for four years, majority leader for three, and Speaker for the record-holding 17 years. He was a lifetime loyalist Democrat but was prone to more centralist ideas and legislative contributions. His aptness for bipartisan support gained him immense respect from all sides of the political spectrum and further affirmed his spot in history.