Highland Park Village has the great distinction of being the country's first self-contained shopping center. For this reason it was designated a National Historic Landmark in 2000. The center was part of a grand project envisioned by John S. Armstrong and his two sons-in-law to develop an exclusive community—named Highland Park—modeled after Beverly Hills in California. The center consists of seven detached buildings designed in the Spanish-Mediterranean style, featuring arches and painted designs on the the exterior woodwork. The center contributed to decentralization of downtown and decreasing that area's economic vibrancy by the 1970s and 1980s (the area has since rebounded and is vibrant once again). The town and center's success demonstrated to the rest of the country that similar community's could be developed in city suburbs.

The Spanish inspired arches are clearly seen in this photo, contributing to the center's charm and attractiveness. 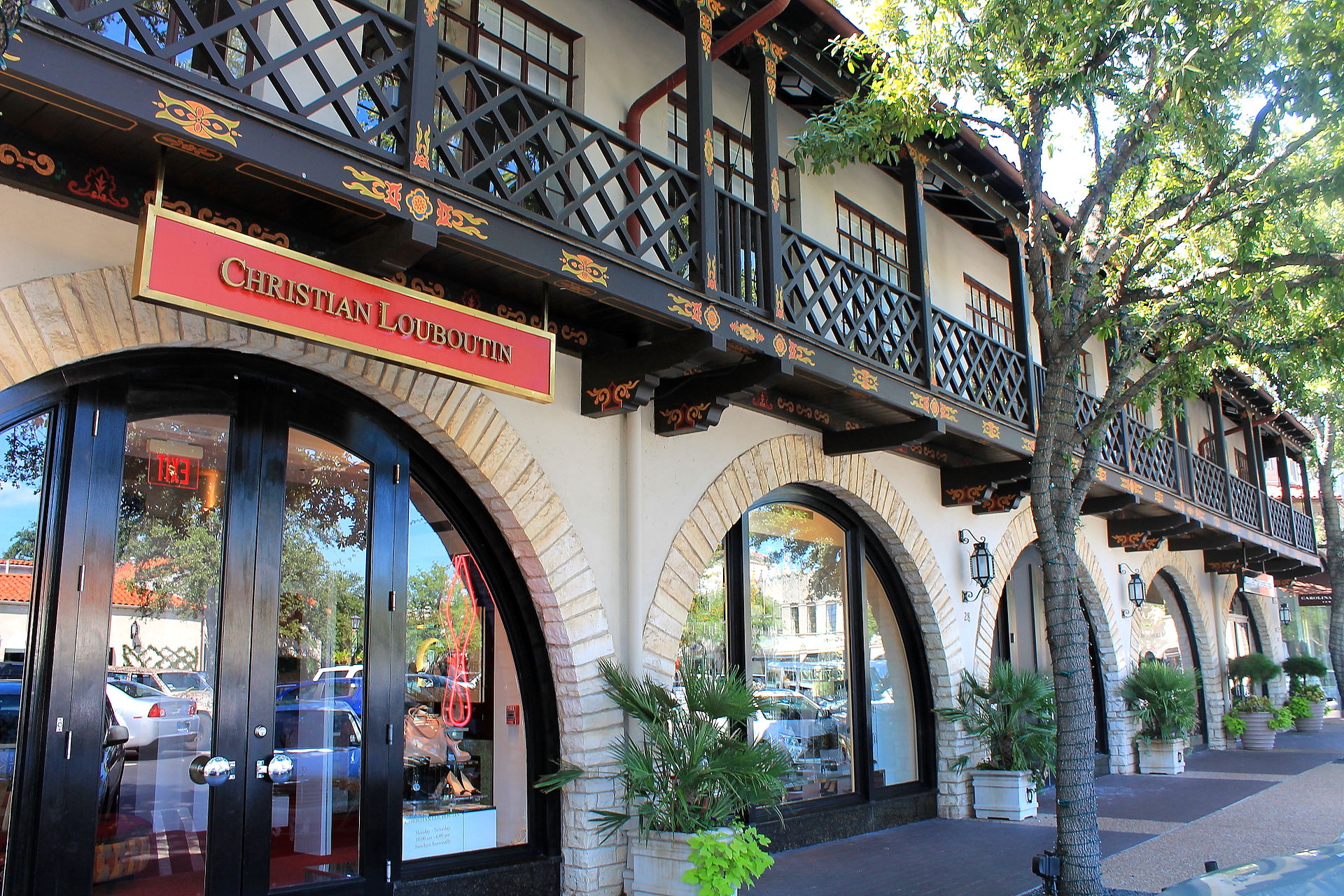 Armstrong bought the land on which he would develop the town in 1906. It was virtually empty and bisected by an old Indian trail later cattle trail. He and the two men established the community in 1907. Eventually, they realized that the town needed a central shopping location as it would help tie the community together. They hired architects Marion Foshee and James Cheeck who then travelled to Spain, Mexico and California to study architecture for the shopping center. They adopted the Spanish-Mediterranean style for the buildings, creating the beautiful center seen today.