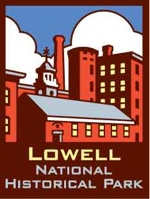 A photograph of the city of Lowell, ca. 1874. Visible here is the river that powered the mills (and served as a dumping ground for factory waste) as well as the mills themselves.

Lithograph of Lowell, ca. 1834. Notable features of the landscape, including mills, bridges, churches, and canals, are numbered and labeled. 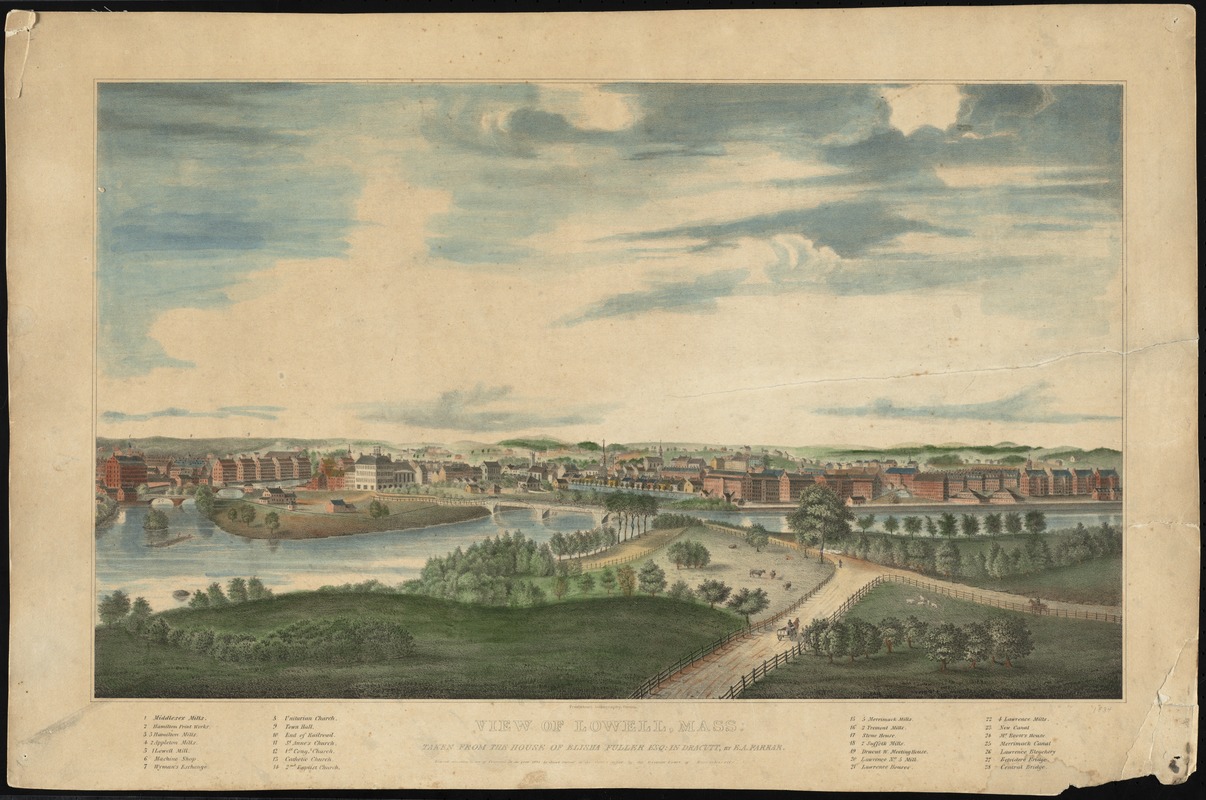 Title page of "The Lowell Offering," a magazine of writings by women working in the Lowell mills. As the illustration suggests, authors often depicted their lives as millhands favorably, focusing on the opportunities for education and personal growth provided within the paternalistic system. 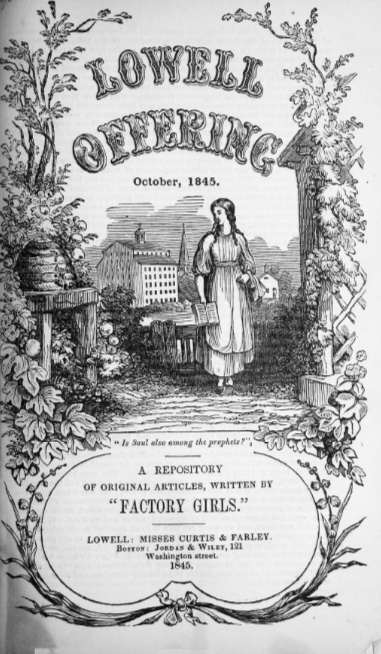 “Few would wish to spend a whole life in a factory, and few are discontented who do thus seek a subsistence for a term of months or years,” wrote an anonymous woman mill worker in 1845. [1] Her ambivalent sketch of life as a mill operative in the mid-1840s marked the end of an era in textile manufacturing. When Francis Cabot Lowell built his first mill in Waltham, MA in 1814, he was determined to improve upon existing U.S. textile production in two ways: by introducing the English power looms and mass production, and by avoiding the social ills associated with British industrialization (child labor, low wages, stagnant job prospects). The system that emerged, known as the Lowell or Lowell-Waltham System, endured from the 1810s until around 1850. [2] Throughout the exhibits and tours offered in the Lowell National Historical Park, visitors can observe and experience parts of this system and its decline in the second half of the nineteenth century.

The introduction of power mills meant that Lowell did not need to hire laborers who were as physically strong as hand millers needed to be. It also meant, however, the need for a disciplined workforce that would adhere to a factory schedule of production. Lowell’s solution? To hire young, single women who would live in dormitories supervised by older women, work in the mills (often for around 80 hours a week), and receive training and instruction to move on to better jobs after a few years. Unlike other factory systems, Lowell paid the women—or “mill girls,” as they were known—in cash. While wages were far lower than those received by men, they were enough to make meaningful contributions to the women’s families, and young women from across Massachusetts, New Hampshire, Vermont, and Maine migrated to Lowell to take up factory jobs. [3]

This migration of young women was one of the first profound effects of the budding Industrial Revolution on New England family life, and it was met with no small amount of controversy. The millhand quoted earlier wrote the following of popular perceptions of mill girls: “By some she has been represented as dwelling in a sort of brick-and-mortar paradise, having little to occupy thought save the weaving of gay and romantic fancies…Others have deemed her a mere servile drudge…indeed, some have already given her the title of ‘the white slave of the North.’” [4] The reality, as she noted, was more moderate and more complex. Wages and access to education did increase some women’s autonomy. The publication for which our anonymous author wrote is evidence of this: titled The Lowell Offering, it was the first magazine in the world created entirely by women. Work in factories allowed some women to save for college, while the self-improvement circles and lectures they were encouraged to attend provided educational opportunities allowing them to move into better careers, often as teachers.

On the other hand, the very fact that so many parents were willing for their teenage and young-adult daughters to work in the mills suggests that the mills supported the patriarchal structures of contemporary society. This is clear not only in overt discrimination—the comparatively low wages paid women workers, as opposed to men—but also in the way mill work fit into most women’s lives. During the heyday of the Lowell system, most women worked in the mills for only a few years before marriage. They were subject to strict schedules and supervision; one labor sociologist notes, “The standards of conformity imposed on the Lowell operatives were pervasive ones that encompassed their entire lives…No distinction was made between what workers did on company time and what they did on their own.” [5] This blurring of work and life was an integral part of the paternalism of the Lowell System, and the strict control exercised over women workers was part of what made the system acceptable to parents sending their daughters away from home for the first time.

By the 1850s, however, while the strict discipline of factory life was unremitting, the attention paid to workers as human beings was rapidly diminishing. A drop in textile prices led mill owners to cut wages, prompting the women to organize labor unions that mounted a determined but generally unsuccessful fight to improve working conditions and wages. During the potato famine, the mills began to exploit Irish immigrants, hiring married women with families who did not reside in company housing and who became permanently dependent on poorly-paid, grueling factory labor—exactly the circumstances Francis Cabot Lowell had intended to avoid.