J.C. Marlatt Blacksmith Shop at the Trails and Rails Museum

Although the J.C. Marlatt Blacksmith Shop was built in 2012, it was built using lumber from barns in the area that were built in the late 1800s and early 1900s. Inside is a fully functioning Blacksmith shop with a permanent forge and chimney on the west side as well as several tools used to help shape the hot metal. The shop is currently used by a group of Blacksmiths in Kearney; they get together once a month to work on their projects. When you visit the Blacksmith shop, be sure to ask your guide what the Blacksmith’s water will cure!

The front of the Blacksmith shop. 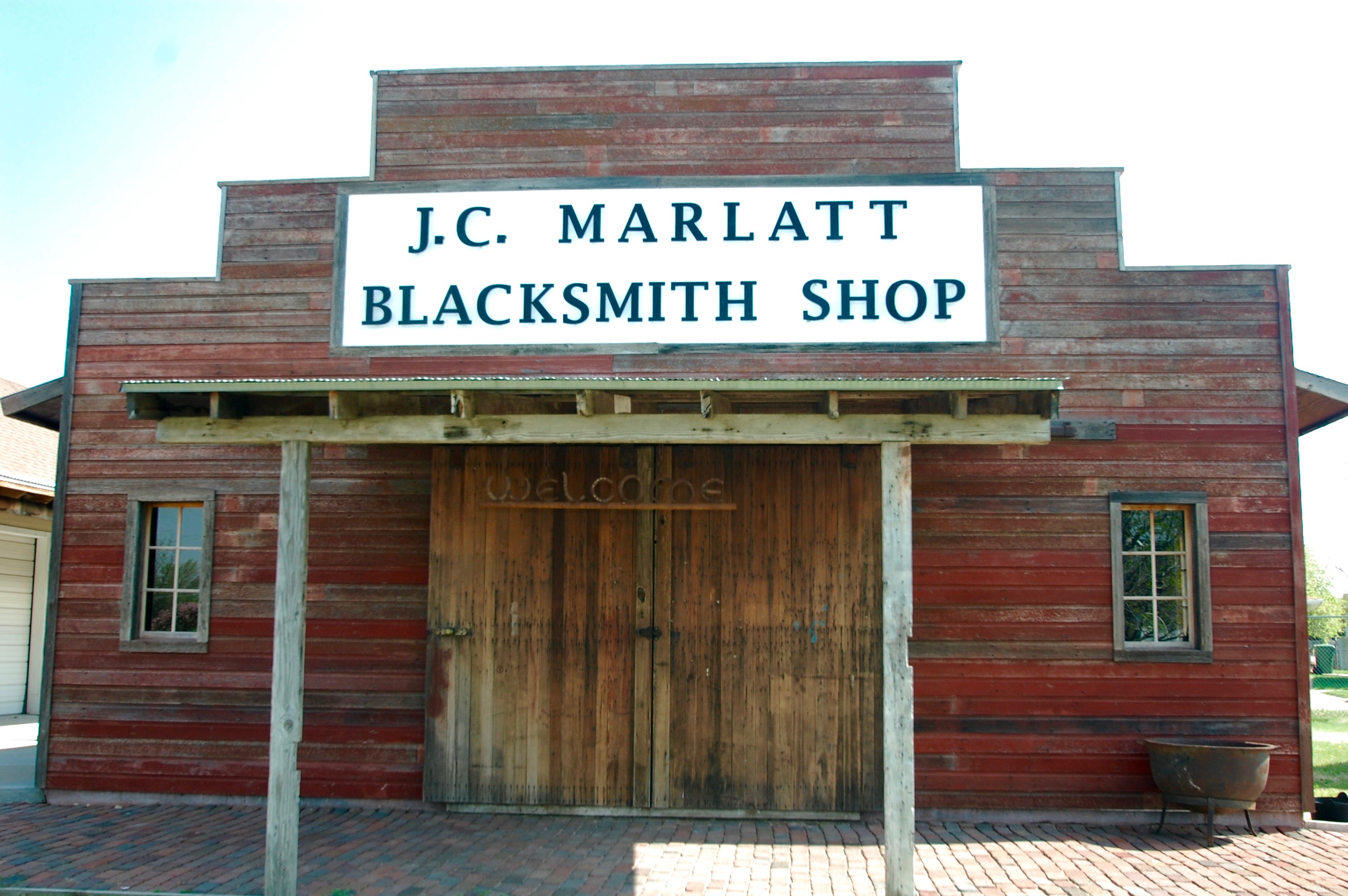 Blacksmiths have been around since ancient times, forming iron, and sometimes steel, into useable objects. Blacksmiths use a forge to heat a portion of the metal object they are working with; until the metal is so hot it glows red or orange. An anvil is often used to help shape the hot metal, as it has a flat top surface, a curved, pointed side that can be used to bend the hot metal, and often holes that are used in combination with other tools to form holes in the hot metal. Although the anvil and hammer are the main tools used in shaping, other, smaller metal tools may also be used in combination with them such as nail-like objects and chisels.

Blacksmiths forged everything that was made out of iron before machines were created to do the work. They made door handles, nails, and tools, they even made the hammers used to make other objects! Blacksmiths also formed the iron for horseshoes to fit to a horse’s hoof. This was a frequent use of the Blacksmith’s abilities in the American West as horses were one of the primary sources of transportation.

Created by Michelle Blackman on behalf of the Buffalo County Historical Society on July 6th 2017, 11:17:06 pm.