Fort Caroline is located on the southern shore of the St Johns River in Jacksonville, Florida. Located just 40 miles north of St. Augustine, Floridians come to experience a little known chapter of their state's history during the Age of Exploration. Ironically, although Florida was originally a Spanish colony, the fort itself was founded by the French in the late 16th century, as to set up a foothold in the New World.

The French garrison inside the fort 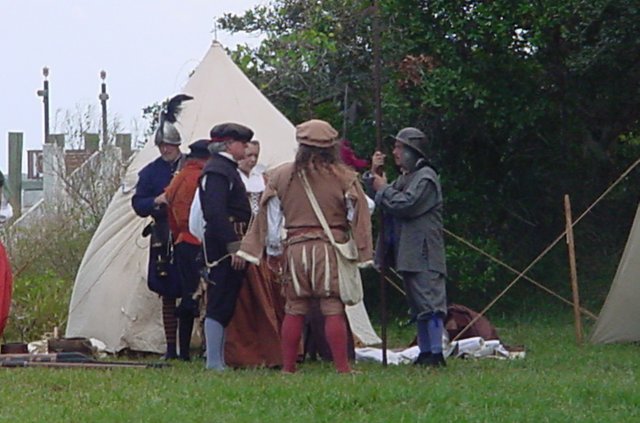 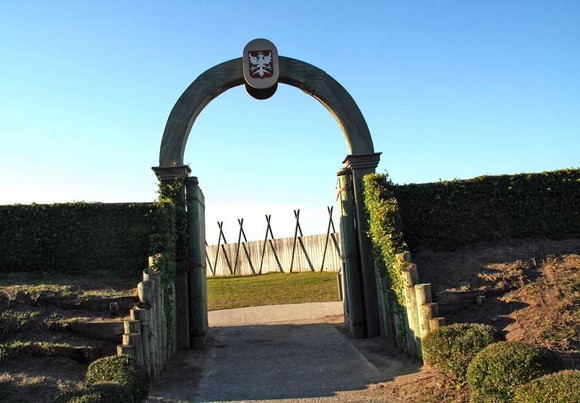 In 1561, Huguenot leader and the Admiral of France, Gaspar de Coligny was given consent by Queen Catherine d'Medici of France to establish a colony in what is now Florida, both to put an end to tensions between Catholics and Protestants, as well as to ambush and intercept Spanish treasure ships that were filled with riches from Central and South America.  Once given the mission, Coligny selected his captains to lead the expedition, Jean Ribault and René Goulaine de Laudonnière, both of whom served France against the Spanish, Ribault as a corsair, or government sanctioned pirate and Laudonnière as an officer in the French army.  The first attempts in South Carolina were a failure.  With Ribault imprisoned in the Tower of London on accusations of being a spy, Laudonnière decided to found a new colony in Florida.


Three months after setting sail with some 300 men and supplies from France, Laudonnière landed some 100 miles south of the original colony and set up a wooden fort to protect the colony from the Spanish and was named Fort Caroline.  Construction of the fort, however, aroused the suspicion of the Native Americans who lived along the St. Johns River.  Laudonnière met with Chief Saturiwa of the Timucua tribe in the hopes of establishing a partnership against Saturiwa's enemies.  Though neither side understood each other fully, an alliance was made.


Yet it gradually became clear that there was no natural wealth in Florida, only pickings from the wrecks of Spanish ships.  Noblemen in the colony led a mutiny against Laudonnière and started raiding Spanish settlements in the West Indies for gold, but they were captured and interrogated by the Spanish authorities.  Enraged by the discovery of this, King Phillip II summoned the captain of the Spanish treasure fleet, Don Pedro Menendez de Aviles, to crush the French and establish a Spanish fort in the place of Fort Caroline.


Now as Governor of Florida, Menendez set about to destroy the French garrison within the fort.  He arrived a week after Ribault returned to Fort Caroline, forcing Menendez to sail 40 miles south where he founded St. Augustine.  From there he and a force of 400 conquistadors marched through swamps and rivers in the midst of a hurricane to Fort Caroline, killing the entire French garrison inside and thus capturing the fort for King Phillip.


Today, Fort Caroline is a historical park just within Jacksonville and has been restored to its original state, complete with a traditional Timucuan village nearby.  Here people are given a hands-on look at what life was like as a French protestant trying to eke out a living in Spanish controlled Florida.