Next to the Paramount Theatre is perhaps Abilene's most iconic building: the former Hotel Wooten, which is now an apartment building retaining the same name. The seventeen-story building was constructed in 1930 by H. O. Wooten, a prominent local figure in the city during that period. Wooten started his business and entrepreneurial career in 1898 when he ventured into the wholesale grocery business (Wooten also built the theatre at the same time). The hotel featured 200 rooms with the biggest suite located on the top floor. It was designed in the Art Deco style, which was popular during the 1920s and 1930s, and much of the original detailing has been restored. The hotel was the tallest building between Fort Worth and El Paso for a number of years. It was declared a Texas historical landmark in 2008.

Hotel Wooten was built in 1930 and is today an apartment building. 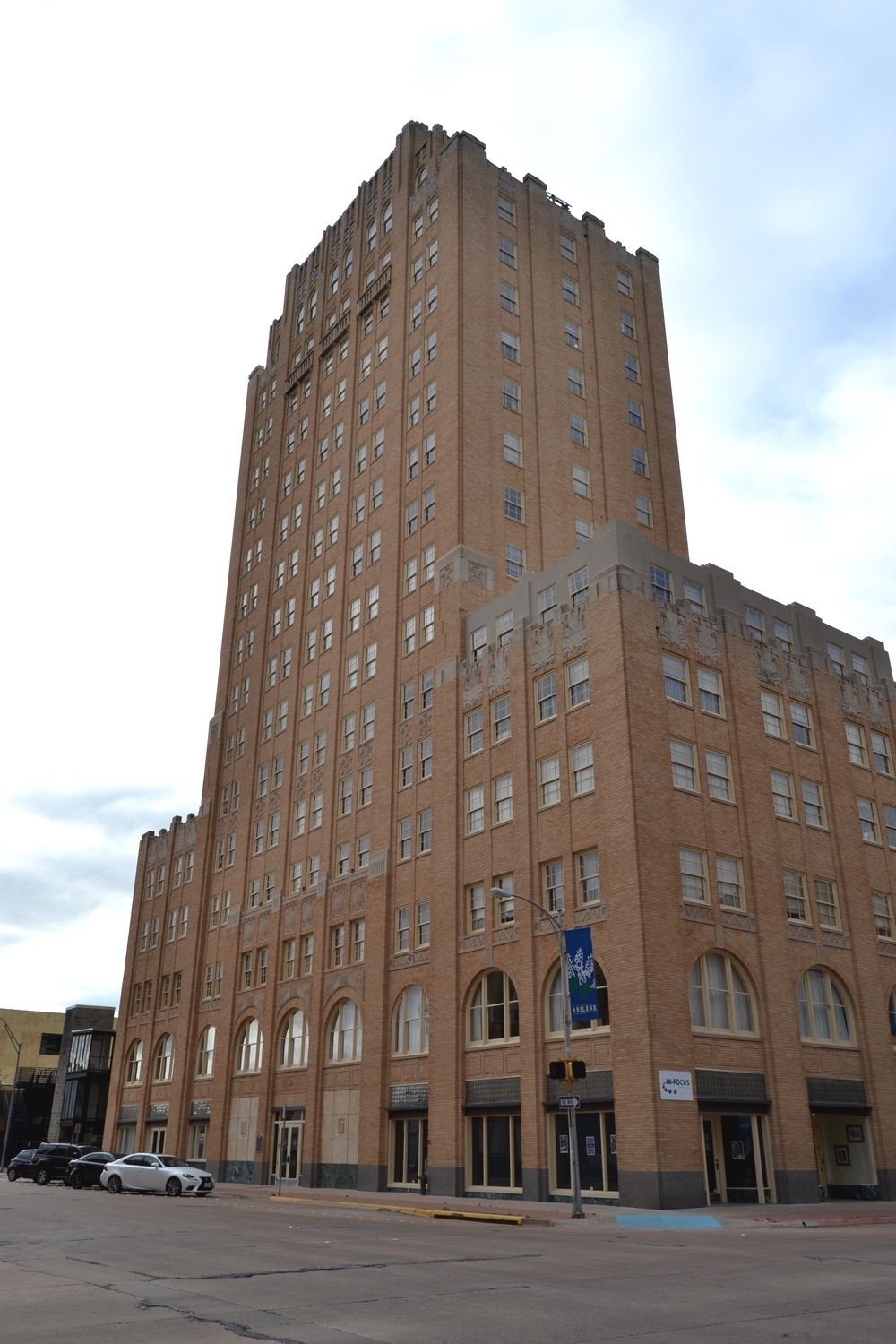 Wooten was active in the community's development, wanting to help the city. To this end he got involved in other projects such as building the grain silo on Plum and North Second streets, investing in railroads, and helping back the construction of the Mims Building. The hotel opened with a big celebration in which 2,000 guests attended. Unfortunately, the hotel never became the financial success it was hoped to be. Nevertheless it remains an important Abilene landmark.