Home to UC Berkeley's Materials Science and Engineering Department, the Hearst Memorial Mining Building was constructed from 1902 to 1907. The building's construction was funded with a gift from Phoebe Apperson Heart in memory of her husband, George Hearst. The building is listed on the National Register of Historic Places. 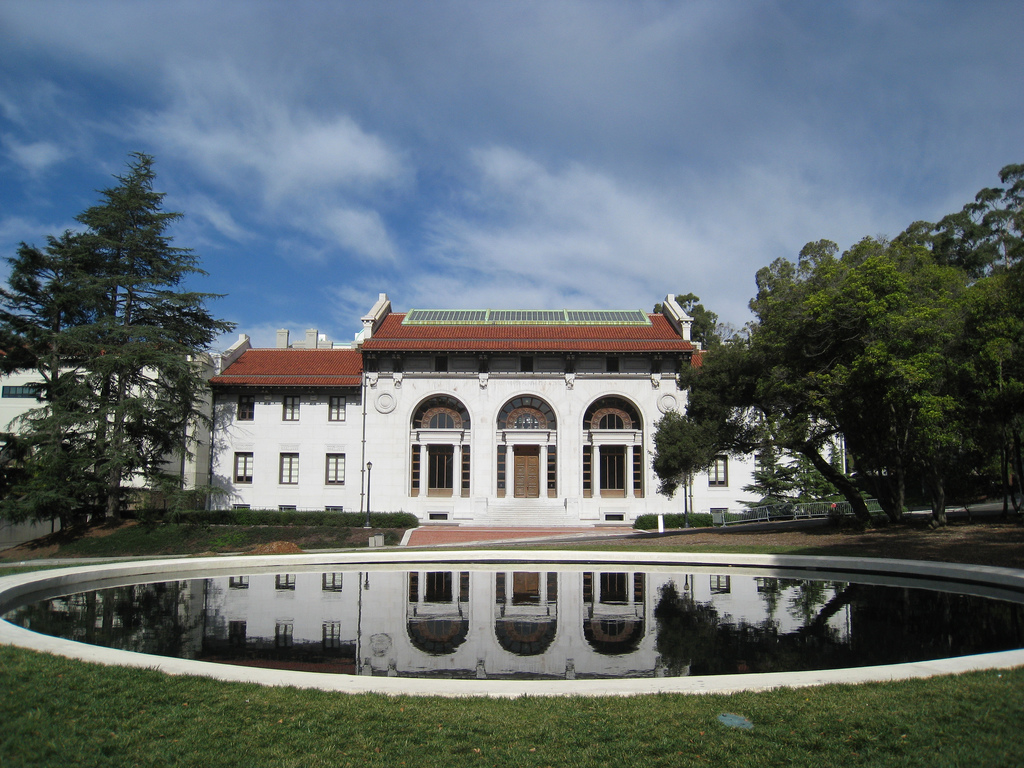 The interior of the Hearst Memorial Mining Building 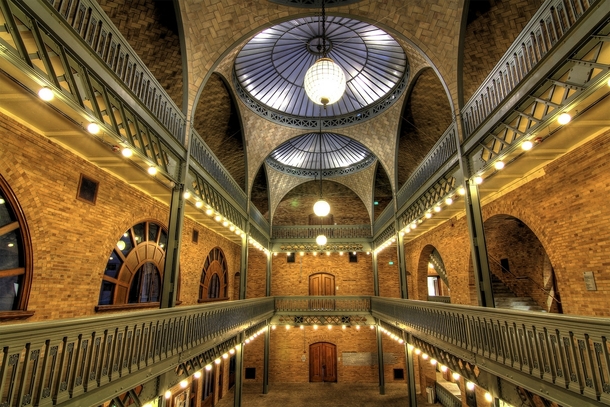 The Hearst name seems to be virtually everywhere on the UC Berkeley campus. One might be forgiven for assuming that the Hearst in question was William Randolph Hearst, the publishing magnate and philanthropist, but in the cast of Berkeley, the name most often refers to his mother, Phoebe Apperson Hearst.

When the university was still in its infancy, Phoebe Hearst sponsored a competition for the best architectural design for the campus. John Galen Howard was one of the winners and became the university's architect; Howard worked closely with Hearst and designed over 20 buildings on the campus.

The Hearst Memorial Mining Building was the first of Howard's designs for the campus. It was built at the behest of Mrs. Hearst, who wanted to honor the memory of her late husband, George Hearst, who made his fortune in mining. At the time, one in five students at the university majored in mining.

Construction of the building began in 1902 and was completed in 1907, after more than a year-long hiatus following the 1906 earthquake. From 1998 to 2003, the building was renovated and underwent a seismic retrofit which involved lifting the structure from its foundation and placing it on rubber barrels which can absorb the shock of an earthquake. The project to renovate and retrofit the building cost $68 million, but was considered essential, since the building sits just 800 feet from the Hayward Fault.

The Hearst Memorial Mining Building is listed on the National Register of Historic Places and is also a City of Berkeley Landmark.