Idaho Museum of Mining and Geology

Opened in October 1994, the Idaho Museum of Mining and Geology houses an extensive collection of rocks, gems, minerals (some of which are fluorescent under Black light), and meteorites, as well as mining artifacts, tools, ore samples, and photographs depicting the industry in Idaho. Many of these items are displayed in the museum's exhibits. Visitors will learn about Idaho's geologic past that stretches back billions of years and the history of mining in the state. The museum also offers lectures, classes, workshops and other educational programming.

The Idaho Museum of Mining and Geology teaches visitors about Idaho's mining and geologic history. 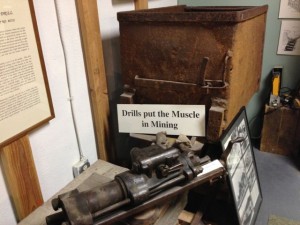 The idea for the museum originated with local geologist and jeweler Fred Shute. He and others founded the museum in 1989. It took several years to make the museum a reality but the museum board did not give up and finally learned that the Trustee Dorm at the former Idaho State Penitentiary was available. The museum opened in 1994.